Greece plans border fence to keep out illegal immigrants | Europe | News and current affairs from around the continent | DW | 01.01.2011

The Greek border with Turkey is among the most popular destinations for illegal immigrants to the European Union. Now a Greek minister says the country wants to build a 206-kilometer fence to keep them out. 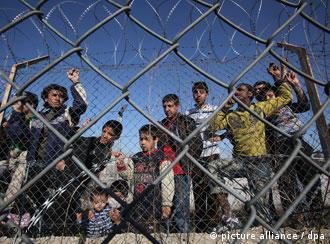 Greece is planning to build a fence along its border with Turkey to keep out illegal immigrants, Citizen Protection Minister Christos Papoutsis said on Saturday.

Greece's 206-kilometer (128-mile) border with Turkey is the most common entry point for illegal immigrants to the European Union from Afghanistan, Algeria, Iraq, Pakistan and Somalia.

In October, Greece became the first country to request intervention by the EU's Frontex external border-patrol agency, which was created in 2007. Greece received 200 Frontex agents in November, driving the number of illegal immigrant arrests down from 250 to 140 daily. 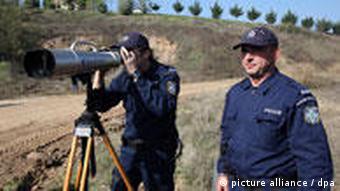 "Cooperation with the other EU states is going well," Papoutsis said. "Now we plan to construct a fence to deal with illegal migration."

Papoutsis said the land barrier would be like the one erected by the United States along parts of its border with Mexico.

Around 80 percent of the illegal immigrants in the EU arrive via Greece, where there are currently an estimated 300,000 people living illegally.

Illegal immigrants arrested by border police are placed in detention camps, which are bursting at the seams. Human rights groups have criticized both Greece's asylum policy and the conditions in its detention camps.

Greece's and Turkey's historical differences have brought them to the brink of war on several occasions, but now leaders from the two nations are trying to bury the hatchet. (14.05.2010)