Greece calls on Germany to negotiate over war reparations

The Greek government says it has asked Germany to enter negotiations regarding Athens' claim for reparations from the two world wars. Germany hasn't been willing to reopen talks, saying the issue was settled long ago. 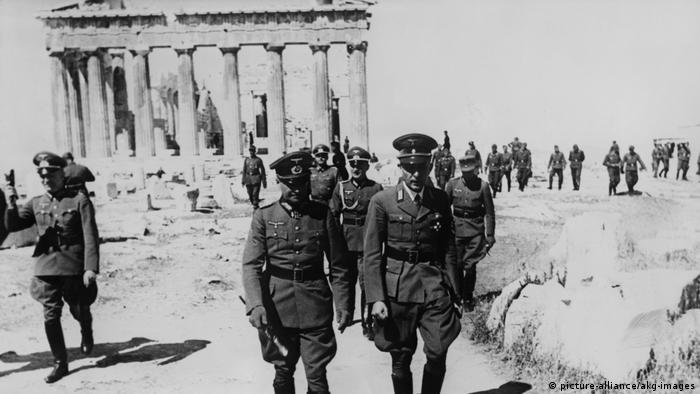 "The Greek government invites the German government to a negotiation for the practical satisfaction of these demands, which are of particular importance to the Greek people, as a moral and material issue," the ministry said.

The Greek parliament voted in April to launch a diplomatic campaign to press Germany to pay billions of euros in damages for the two world wars. Germany has refused to enter such negotiations, denying that it is obliged to pay reparations because the country's wartime debts were resolved long ago.

Athens surrendered to Axis powers in 1941 during World War II and suffered greatly under Nazi rule. Germany and its ally Bulgaria were forced to withdraw under Allied pressure in 1944, but didn't surrender control of Crete and some other Aegean Islands until after World War II.

The issue of reparation payments surfaced during its debt crisis in 2010. Many Greeks also blame Germany for the painful austerity measures imposed in return for billions of euros in bailout loans.

Greece owes Germany billions of euros. Or is it the other way around? More than seven decades after the end of WWII, Athens and Berlin are still at odds over costs incurred during the Nazi occupation of Greece. (10.10.2018)

Merkel and Tsipras discussed Greece's return to economic stability as well as immigration and Macedonia. Protests, banned in hopes of avoiding scenes similar to her last visit, were quelled by police using tear gas. (10.01.2019)