Hours after the eurozone agreed a third Greek bailout deal, Jeroen Dijsselbloem has been re-elected as head of the group. As the Greek PM works to convince Athens to pass austerity reforms, DW follows the latest updates. 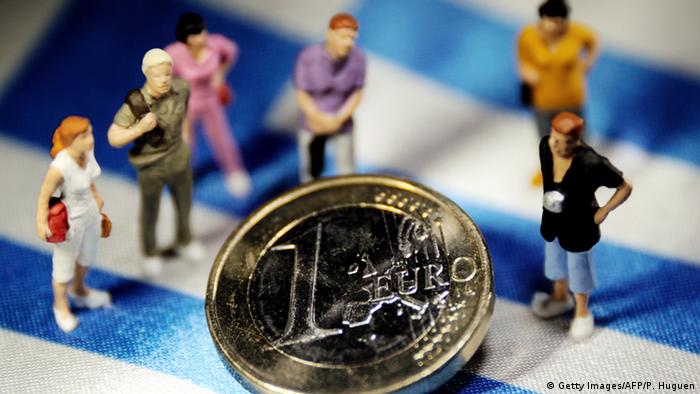 21:51 We're wrapping up the live updates for tonight. But a summary of the latest events can be found right here.

19:16 After returning to Athens earlier in the day, Greek Prime Minister Alexis Tsipras is now tasked with rushing through a number of reforms in the next couple of days. Along the key measures included in the conditional bailout agreement is the creation of a controversial debt repayment fund.

The aim of the treasury is to raise 50 billion euros ($55 billion) by selling off valuable Greek assets.

18:58 The proposed bailout deal has been met with widespread criticism on the streets of Athens.

As Greece prepares to sell of many of its valuable assets as part of the bailout conditions, retired businessman Michaelis Sarides told AFP news agency, "We avoided an exit from the eurozone, but I warn you if they take the Acropolis from us, it's war."

Despite many Greeks not favoring the deal, a large number still expressed faith in their Prime Minister Alexis Tsipras.

"The decisions she will take will be in the best interests of all of us," she said.

18:37 The White House has hailed the Greek bailout deal.

"The US welcomes the agreement," said spokesman for US President Barack Obama, Josh Earnest.

He warned however that hard work remained and there were "still important decisions and important steps to be taken" to prevent Athens from falling into the economic abyss.

18:20 In his first interview since resigning as Greece's Finance Minister last week, Yanis Varoufakis has told the "New Statesman" that Greece was "set up."

Asked whether the Eurogroup was controlled by German attitudes, Varoufakis said, "Oh, completely and utterly. Not attitudes - the finance minister of Germany. It is all like a very well-tuned orchestra and he is the director."

17:40 As Eurogroup ministers meet in Brussels to discuss plans to provide Greece with immediate funding, social media users have responded to the proposed bailout plan, which was hammered out by eurozone leaders earlier this morning.

Echoing the words of Greece's Minister, Panos Kammenos, #ThisIsACoup, which began in Barcelona, has been trending across Twitter throughout the afternoon.

17:15 The Greek government's junior coalition partner has slammed the bailout deal agreed by Athens and its fellow Eurogroup members, describing the conditional accord as a German-led "coup."

Greece's Defense Minister and leader of the right-wing Independent Greeks party, Panos Kammenos, said he had no intention of leaving the government, but added that he would not join a national unity government.

17:00 Greece's public servants have been called upon by their union, Adedy, to stage a 24-hour strike on Wednesday. The walkout would fall on the same day on which the Greek parliament is due to vote on several tough austerity measures. The reforms are part of crucial conditions which would enable Greece to receive it's 86-billion-euro ($95-billion) eurozone bailout.

16:40 Newly re-elected Eurogroup chief Jeroen Dijsselbloem has said it could take four weeks to finalize the Greek bailout deal. The agreement, worth 86 million euros ($95 billion), will provide Greece with a 35-billion euro investment package, additional debt relief and most urgently, funding for the country's unsteady banks.

Speaking at the Eurogroup's third meeting in as many days, Dijsselbloem said ministers were still assessing how to provide Athens with immediate help, especially in light of upcoming commitments, including Greece's IMF loan which is due to expire in spring 2016.

Ministers are "yet to find the golden key to solve this issue," Dijsselbloem said.

16:10 The Council of the European Union has announced that Dutch Finance Minister Jeroen Dijsselbloem has been re-elected as head of the Eurogroup.

Dijsselbloem tweeted his thanks to his colleagues shortly after the announcement.

16:07 Washington has welcomed the Greek bailout deal, with the US Treasury Secretary Jack Lew describing the accord as good for the global economy."

"Today's agreement between Greece and its creditors is an important step forward," Lew said in a statement, adding that "difficult steps" would have to be taken by all parties involved.

15:30 Greek Prime Minister Alexis Tsipras has returned to Athens where he must now work to push several tough austerity reforms through parliament. Among the unpalatable measures are sales tax increases and pension reforms.

Tsipras is set to hold a meeting this evening with Greek Finance Minister Euclid Tsakalotos and various other senior party officials.

15:01 Spokesman for the International Monetary Fund (IMF), Gerry Rice, has said that the IMF will help resolve Greece's debt crisis, following the eurozone's conditional agreement of a 86-million-euro ($95-million) bailout.

"The IMF stands ready to work with the Greece authorities and European partners to help move this important effort forward," Rice said.

14:45 Greece's Labor Minister Panos Skourletis has said that the country is likely to hold another general election this year. Current PM Alexis Tsipras and his ruling Syriza party were elected in just five months ago.

Skourletis told Greek state television that Tsipras' government will need "borrowed votes from the opposition" if the new austerity measures are to be passed through parliament.

"I cannot see how we can avoid elections in 2015 ... It's unnatural: We believe in something different than what we've been forced to sign with a gun pointed to our head," Skourletis said.

14:31 Despite the agreement of a third bailout deal for debt-ridden Greece, several eurozone parliaments must still vote on the agreement. Among the countries still to pass the deal through their own parliaments are Germany, Finland, France, Austria, Estonia, Latvia, Slovakia, Ireland and Greece.

14:21 US stocks have risen following the agreement of the Greek bailout deal. Around 35 minutes into trading early on Monday, the Dow Jones Industrial Average was at 17,943.91 - up 183.50 percent.

Speaking in Slovenia, Stoltenberg said "it's not only about stability and prosperity. It's about security too."

13:35 The European Central Bank (ECB) has decided against allowing Greek banks to draw more emergency credit for the time being.

Following a telephone conference with the ECB's governing council, an ECB spokesman said that emergency liquidity assistance "was maintained at its current level."

13:09 Greek banks will remain closed for another two days. "The aim is to reopen branches on Thursday," a banker told Reuters news agency following a meeting with the Greek Deputy Finance Minister. The bank holiday was been in effect since June 29 when Greece imposed a number of capital controls including maximum cash machine withdrawals of 60 euros ($66) per day.

13:02 The German government has stressed that "Germany did not stand alone" in reaching Greece's tough bailout deal.

"This is an agreement that was reached through hard work over 17 hours by 19 member-countries of the eurozone," said Steffen Seibert, spokesman for German Chancellor, Angela Merkel.

"The German chancellor, the whole government, acted on the basis of a European conviction and European responsibility," Seibert said in Berlin.


08:30 Under the bailout deal, Greece will have to push through a number of tough austerity measures on pensions and taxes by Wednesday, something Greek PM Alexis Tsipras had promised he would avoid.

08:05 According to German Chancellor Angela Merkel, the preliminary bailout deal is based on the assumption that Athens will have to ask for further help from the International Monetary Fund (IMF). Greece's current IMF loan is due to run out in spring 2016.

07:55 The Greek bailout has been welcomed in the markets this mornings, after the eurozone succeeded in avoiding the immediate threat of a financial collapse in Athens and the widely-anticipated "Grexit."

07:50 In light of Greece's third bailout, German Chancellor Angela Merkel has said the eurozone is willing to give Greece some debt relief but has ruled out any outright cut in the country's debt level.

Trust with Greece "needs to be rebuilt," the chancellor added. 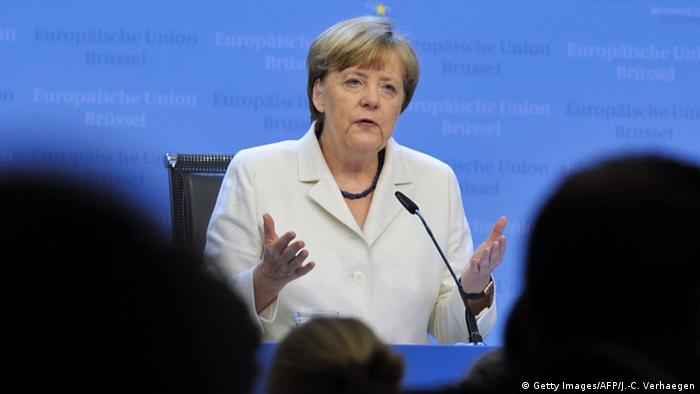 07:42 "In this tough battle we managed to win a debt restructuring," Greek Prime Minister Alexis Tsipras has said of his country's third bailout deal.

"The deal is difficult, but we averted the pursuit to move state assets abroad. We averted the plan for a financial strangulation and for the collapse of the banking system," he told reporters in Brussels.

Tsipras was elected as five months ago, with the hopes of ending five years of austerity in Greece. 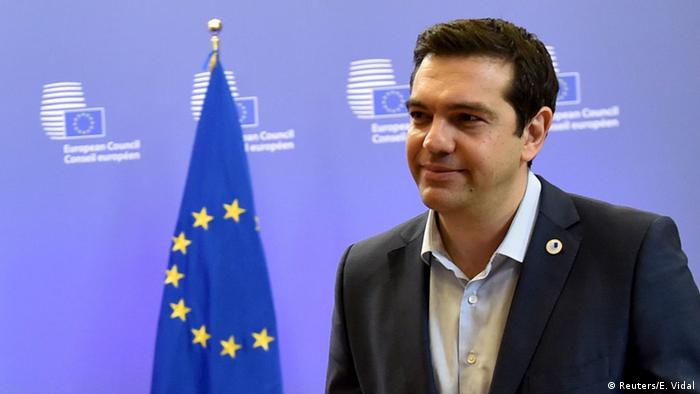 07:22 French President Francois Hollande has praised the Greek bailout deal, saying that losing Greece as a eurozone member would have been to lose "the heart of our civilization."

"An agreement has been found," Hollande wrote on Twitter.

"France was searching for it, wanted it. Greece will stay in the eurozone. Europe has won."

Juncker pledged that the deal would allow Athens to "get back on track."

Greece's third bailout, worth 86 billion euros ($95 billion), will save the country from bankruptcy and an exit from the euro.

06:56 After around 17 hours of negotiations which began yesterday afternoon, the Euro summit in Brussels has reached a deal which will provide Greece with a third financial bailout. European Council President Donald Tusk was the first to confirm the news on Twitter.