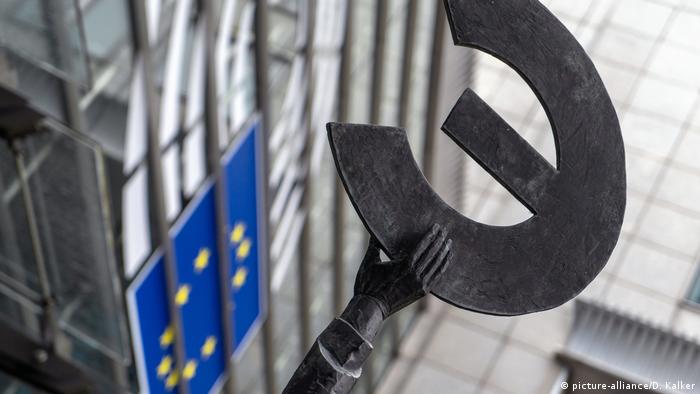 A new report published on Tuesday revealed a €50 billion ($56 billion) tax fraud scheme that has been gathering steam in Europe for years — and Germany is both the biggest victim and enabler of the EU's massive "VAT carousel" racket, according to the authors.

Reporters from 30 countries working for the German nonprofit investigative newsroom Correktiv discovered the massive graft by following one fraudster up the ladder of the continent-wide criminal gang.

The scheme resolves around the trade of goods such as cars and mobile phones and even uses other high-cost items such as CO2 emissions certificates. Taking advantage of each European country having a different value added tax (VAT), the criminals move the goods from one EU member state to another, claiming back millions in tax reimbursements that they never paid or earned in the first place.

According to Correktiv, Germany shoulders the biggest burden, paying out from €5 to €15 million a year of tax revenue to the criminal traders.

However, Germany also provides one of the biggest stumbling blocks for investigators trying to catch the criminals. VAT is handled by the individual federal state government tax authorities, and they shy away from cooperation or ceding authority to the federal government.

The investigation published on Tuesday reveals how one young man from western Germany went from trading mobile phones in the schoolyard to becoming a carousel linchpin within just a few years, running eleven shell companies in other people's names.

Without EU-wide regulations on VAT, the report warns, there is little the bloc can do to stop the gangs. As soon as they have their money, they move it to offshore tax havens where European agencies cannot see or touch it.

However, there appears to be little political will to address this. Thus far, only the Czech Republic has put combating the carousels on the government's agenda.

The Paradise Papers have revealed that a number of German banks have played an active role in handling payments for what in Germany are illegal online casinos. So far, the state has been reluctant to step into action. (08.11.2017)