Going naked against homophobia | Europe | News and current affairs from around the continent | DW | 04.04.2018

Stripped of prejudices: this is how the Romanian photographer Tiberiu Capudean hopes that people will see the men featured in his new photo series. "Naked" shows 200 nude gay men, in a quest to tackle homophobia. 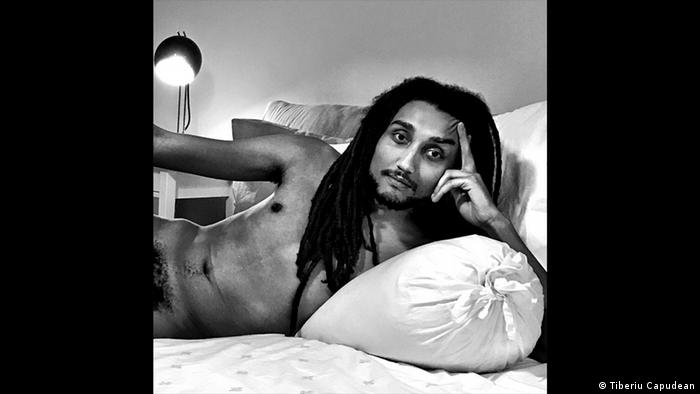 Holding hands with your partner as gay men in the streets of Warsaw, Budapest or Bucharest is likely to attract at least a few disapproving looks. In some European countries, living openly as a homosexual requires a lot of courage. About half of the population of Poland (52 percent), Romania (54 percent), Hungary (44 percent) and more than one-third of Bulgaria (36 percent) would not grant equal rights to LGBT people, according to a 2015 Eurobarometer survey on discrimination in Europe.

The Romanian photographer and LGBT activist Tiberiu Capudean believes that hatred and fear are fueled by ignorance. His new project "Naked" is meant to give more visibility to the LGBT community. The artist has taken black and white pictures of more than 200 nude gay and bisexual men from different countries around the world and from a wide range of professions: medical doctors, biochemists, shop attendants, lawyers, tailors, students and engineers. "I want to help those who are not part of the LGBT community understand us, I want to give a face to those whom the homophobes hate without even knowing them," Capudean tells DW.

Each man photographed by Capudean tells a personal story about discrimination for being gay or bisexual. Although LGBT rights are protected by EU laws, gay, lesbian, bisexual and transgender people are still prone to discrimination and harassment everywhere in Europe, but especially in some central and southeastern European countries. And there are at least 200 examples of it in Capudean's photographic series.

Easier to undress than to tell the story

"It didn't come as a surprise to me that for many of the portrayed men it has been harder to share their story than to undress in front of the camera," says the artist.

In particular, the need to be seen as any other man has motivated so many of them to get naked in front of the lens. Capudean did not even have to search for his subjects, since every one of them contacted the photographer after he had posted his project idea on social media.

One of them was a man who goes by D., an actor, dancer and director from Bucharest. He tells his story of being scolded out of the blue in a supermarket: "We were going to the movies, so we bought two bottles of water, some snacks and a chocolate … and we were queuing, waiting to pay. Suddenly, behind me I heard: 'Gay! Gay!' I could have told him lots of things. But I kept my calm, since this type of behavior often leads to violence."

There is also a connection between religion and homophobia in central and southeastern Europe. In Romania, the "Coalition for the Family," a group strongly backed by the Orthodox Church, has gathered 3 million signatures seeking to change the definition of family in the country's constitution through a referendum. Romania's Civil Code bans same-sex marriages and civil partnerships, but currently the constitution defines marriage as "the union between spouses," which leaves room for interpretation. The goal of this initiative is that the constitution should define family as "the union between a man and a woman."

In Poland and Hungary, the Catholic Church and national-conservative politicians have been fuelling a backlash against gay rights in recent years. Like in Romania, Poland's constitution bans both same-sex civil unions and marriage.

But intolerant attitudes towards sexual minorities are not restricted to the "younger" EU member states. "It's harder to change mentalities than laws, even in more secular states," says Capudean.

Miguel, a Spanish rugby player living in Brussels who volunteered to be photographed for the project, agrees that even if things "look good on paper, discrimination is everywhere."

"I have heard of recent attacks on gay people in the streets of Madrid, where one would think that society is more open. Also, I have friends in Belgium who were rejected by their families for being gay," Miguel says.

This is what happened to Sepp, a German man who was out of touch with his father for eight years after coming out. "When I came out to him, he started to yell at me. Much worse was my father's yelling and making clear that I, as his son, would always be welcome, but the day I'd bring my boyfriend he wouldn't be allowed in the house. I could not breathe. I cried. But again, I knew that loving someone of the same sex could not be something wrong at all," Sepp told DW. The father eventually accepted his son's choice and the two reconciled. Sepp's story comes from a country often regarded as one of Europe's most open-minded when it comes to LGBT rights. In 2017, Germany legalized same-sex marriage. 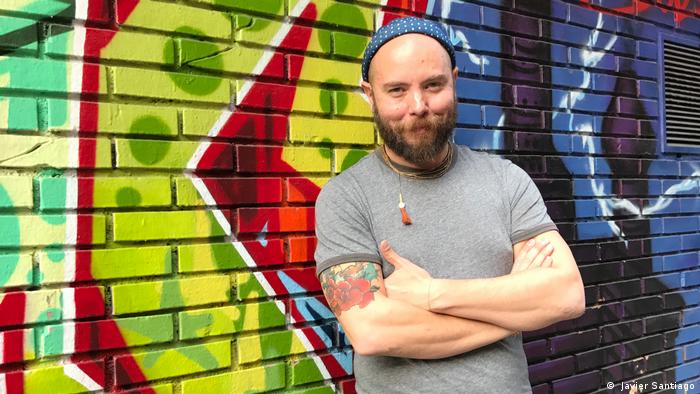 'I wanted to reveal them as vulnerable'

The rhetoric regarding sexual and other minorities often uses words like "tolerance" and "acceptance," which imply a discrepancy between LGBT people and heterosexuals. "I hate the idea of being tolerated or accepted, as if I'd done something wrong. I want to live my life exactly like my heterosexual friends," Capudean says. "I want people to understand that we are not all that different and are not defined by our sexuality."

For Capudean, nudity does not mean pornography or eroticism. He wanted to reveal the men as vulnerable and real: "The fact that they are naked in these pictures is the least important aspect. My aim was to show that diversity is something normal, whether it comes to sexual orientation, body shape, age or race."

The black and white "Naked" photo series will be displayed this year in galleries in Madrid, Brussels and Bucharest.