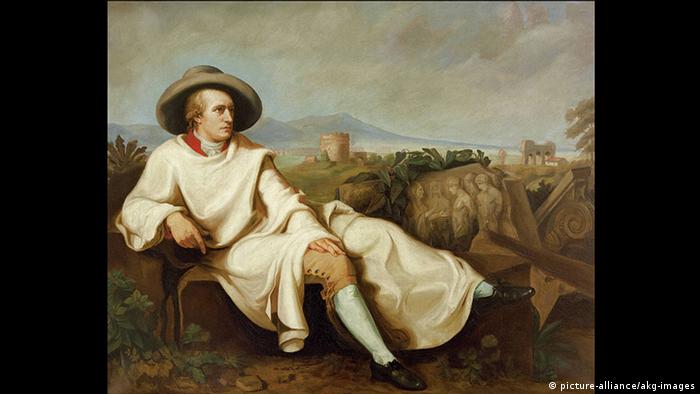 Goethe in the Roman Campagna, by Johann Heinrich Wilhelm Tischbein

In one of his tales, German Romantic author E.T.A. Hoffmann (1776 -1822) described the Roman Carnival in vivid detail, despite the fact he'd never set foot in the Eternal City.

His contemporary Johann Wolfgang Goethe (1749-1832) didn't need to make anything up. He did indeed see it with his own eyes, and wrote that "the Roman Carnival is not really a festival given for the people but one the people give themselves… unlike the religious festivals in Rome, the Carnival does not dazzle the eye: there are no fireworks, no illuminations, no brilliant processions. All that happens is that, at a given signal, everyone has leave to be as mad and foolish as he likes, and almost everything, except fisticuffs and stabbing, is permissible."

The land where lemons grow

In the two years that Goethe spent journeying through Italy, a whole new world opened up to him. But 30 years passed before he published his account of the trip. The first volume of  "Italian Journey" appeared in October 1816, exactly 200 years ago. 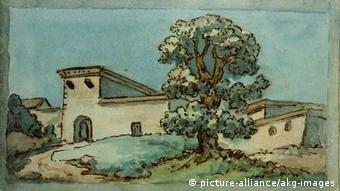 Goethe was already 37 when he set off from the spa town of Carlsbad to Italy, following the footsteps of many intrepid German and British travelers and embarking on a Grand Tour.  "Italian Journey" begins with the line: "As early as three o'clock in the morning, I stole out of Carlsbad; for otherwise I should not have been allowed to depart quietly."

It was 1786, and Goethe was suffering from something of a mid-life crisis.  He had grown tired of his duties in the court of Carl August in Weimar, and was frustrated by the limitations of his relationship with Charlotte von Stein, a married woman. He traveled incognito, calling himself Johann Philipp Möller, and made his way south via the Brenner Pass, Venice and Tuscany. Once he had arrived in Rome he stayed with his friend, the artist Johann Heinrich Wilhelm Tischbein, and also took drawing classes with him.

From celebrated poet to drop-out

In 1787 Tischbein painted "Goethe in the Roman Campagna," inspired by the many short trips they took together. It shows Goethe against a backdrop of ancient ruins and rolling hills - the classic German image of Italy. Goethe is depicted in a semi-recumbent position, which looks more comfortable than it probably was. He looks far more at ease in another work by Tischbein, on display in the Casa di Goethe museum in Rome, housed in the building where they once lived. 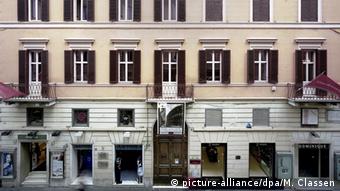 It shows Goethe lying on a sofa with his feet over its arm.These days, Italian visitors come to the Casa di Goethe in the Via del Corso to find out more about "Goethe as a homo universalis, the versatile writer who penned Faust," as museum director Maria Gazzetti explains. "Germans are more interested in Goethe as the originator of the German obsession with Italy, the Goethe who took time out, as it were, to broaden his horizons."

Rome as the capital of the world 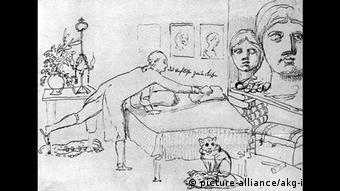 Straightening pillows for Faustina? A drawing by Tischbein

According to German literature expert Mauro Ponzi from the Sapienza University, Goethe "rediscovered the ancient world, countryside and Eros as a force of nature during his sojourn in Rome."  He celebrated this new-found sensuality in his "Roman Elegies," which refer to a certain "Faustina," the daughter of a local innkeeper.

Goethe spent most of his time in Italy in Rome but also went further south, to Naples. He was drawn to Sicily, too - the former Greek colony which to him represented the closest approximation of the classical ideal. "Without Sicily, Italy creates no image in the soul: here is the key to everything."

Goethe's two years in Italy were happy ones. Perhaps even the happiest in his life, says Goethe expert Marino Freschi - "thanks to the landscapes, his liberation from his office and his relationship with Charlotte von Stein, the arts and culture, the creativity, the sea - and thanks to Faustina." 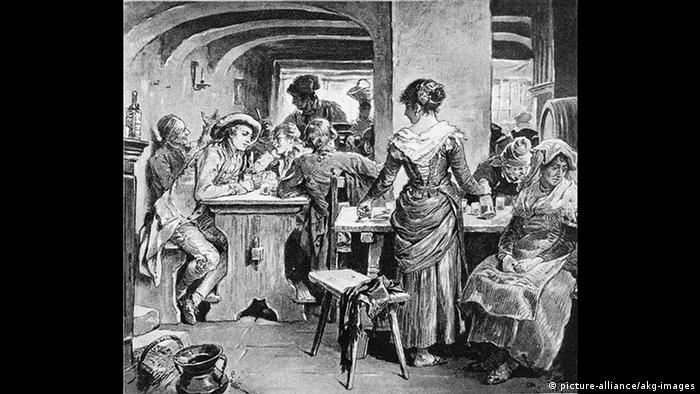 Goethe living it up in a Roman Osteria

Today, "Italian Journey" continues to inspire legions of Germans to head south - like him, in search of sensual pleasure and freedom, untrammeled by duty and convention. Goethe's dream is still alive and well.