Go Ahead and Blog It

What happens when you put a scandalous Chinese blogger, Russia's Internet wonder child and Germany's blog authority at one table? A discussion of whether blogs can change the world -- and about two dozen live posts. 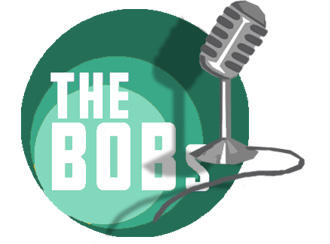 Deutsche Welle's Best of the Blogs tackles freedom of the press

In front of a backdrop of old-fashioned books in what could pass as a living room, bloggers are bent over electronic devices in Cologne's Cafe Largus. As quickly as they can type into Weblogs, their words are appearing to readers around the world.

Finally there is a form of communication that is direct, self-referencing and seldom easy to explain. So what exactly are these Weblogs?

A long way from purple mimeographs 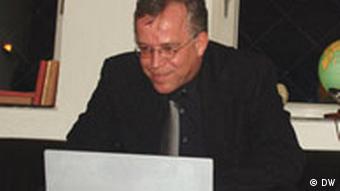 "The interesting thing about blogs, is that they cover everything: diaries, travel reports or a daily grazing of technically interesting and politically interesting links, like mine," explained Jörg Kantel (photo), computing director of the Max-Planck Institute in Berlin.

In the German Weblog scene, Kantel is well-known for his blog schockwellenreiter, which he has published in its current form since April 2000. A long-time organizer of grass-roots journalism efforts, blogs are helping Kantel reach a broader audience than the flyers he used to photocopy.

"This is the first opportunity I have had that enables me, without much in the way of finance, to reach a potentially huge public audience," he said, punching text into his Apple notebook.

While the Internet provides people access to information, bloggers will have to overcome a number of difficulties if they want to have a bigger impact on public discourse.

"Blogs allow everyone to become his own producer, editor-in-chief or prophet," said Russian Internet expert Anton Nossik (photo). "This does of course mean that Weblogs can turn out to be somewhat narrow. It is always essential to see how many people also read blogs." 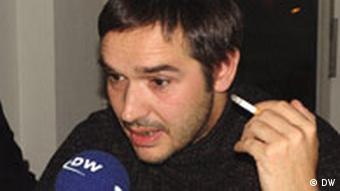 Only Russia's rich and educated have Internet access, Nossik said

For those with Internet access, blogs can help change and direct public opinion, said Nossik, a medical student turned media manager, who has been involved in nearly all Russia's influential Internet projects.

While the Russian Internet has boomed for five years and is home to a potentially huge audience, only a minority of people have access to the World Wide Web. Nossik estimated that about 13 percent of the Russians have Internet access.

"In Russia it is the elites, the best educated and the richest who have access to the truth," Nossik explained. As the authorities in Russia increase their control over television and radio, Weblogs have remained unchallenged and are one of the only ways to spread dissenting opinions.

Eroticism, philosophy and the Beckhams 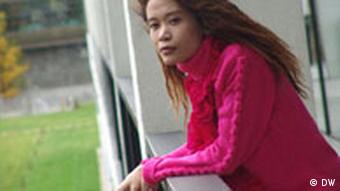 "A blog should be amusing," said Li Li (photo), who is enjoying her first trip outside of China. "When it fulfils this function, then it is a good blog -- exactly the same as a good magazine."

Blogs can also be a way into internationalize the exchange of information, Li Li said, admitting to having a penchant for frequent visits to a blog with up-to-date information about soccer star David Beckham's dogs.

Kantel, Nossik and Li Li are all jury members for the Deutsche Welle's 2004 International Weblog Awards, which aims to honor the best Weblogs from around the world in 11 categories and seven languages.

While the bloggers agreed their Weblogs aren't likely to change the world, they are "part of a growing movement," Kantel concluded before ducking behind his monitor, adding another blog entry with the hope of making sure the movement continues to grow.

What's a Weblog? Don't Even Ask

As bloggers from around the world participate in the BOBs Awards starting on Sept. 17, you may be asking yourself: "What the heck is a Weblog?" Konstantin Klein gives his answer here. (Sep. 13, 2004)

What the US Could Learn About Blogging

Bloggers may claim they talk about the same subjects the world over, but Deutsche Welle’s Best of the Blogs exposed regional differences in blogospheres -- and the competitions they take part in. (Nov. 14, 2004)

Best of the Blogs Awards Enter the Final

Deutsche Welle’s 2004 Best of the Blogs Awards moves into the final round of its international Weblog competition. (Nov. 1, 2004)