Going wild: The impact of tourism on nature

Wildlife tourism generates billions of dollars in revenue every year - boosting local economies and creating employment. But what is the cost to the animals that become the star attractions? 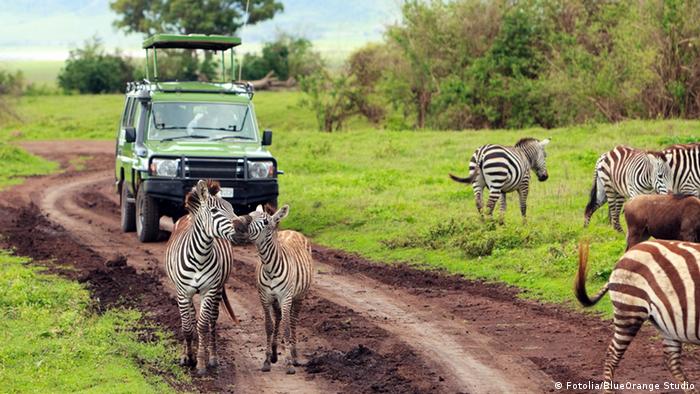 Sitting in a car at the edge of a dirt track, I peer through the open window into the dense bush where our guide is pointing. "Look there, through the branches," he says. I squint in the direction of his finger and then I see it. Hanging down through the leaves of a tree less than 50 meters away is a long spotted tail. I look up and just about make out the body of a large cat stretched out on a thick branch, camouflaged by green foliage.

It’s a leopard - Yala National Park’s star attraction - and we’re lucky to have spotted it so quickly. But we’re not alone. The rumble of engines fills the air, as jeeps squeeze into the small gaps of what is already a long line of the huge vehicles. Cameras aloft, tourists stand in their seats clicking away as they desperately try to capture the rare animal in digital form.

It is a daily occurrence for the leopards in this national park in southern Sri Lanka. As many as 400 jeeps are estimated to drive into the park on some days. They come at dawn and dusk - the best times to catch sight of the elephants, crocodiles, buffalo and birds heading to the waterholes or slinking through the undergrowth.

"A lot of the leopards are quite habituated - the younger cubs have grown up with it and don’t seem to be overly bothered by it, but the long-term impact is still unknown," says Anjali Watson, managing trustee for the Wilderness and Wildlife Conservation Trust’s (WWCT) Leopard Project based in Sri Lanka. 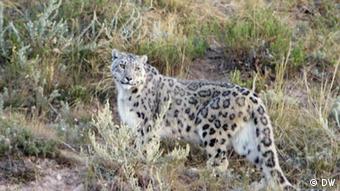 Watson is just one of a number of conservationists around the world concerned about the impact of wildlife tourism, such as safaris, whale-watching and diving, on the animals involved.

Worldwide tourism has hit an all time high. In 2014, a record 1.14 billion tourists traveled internationally. With it, wildlife tourism has also increased as people attempt to see animals in their natural habitats in Kenya, the Galapagos, Indonesia and Mexico to name just a few.

In Yala alone, the number of foreign tourists traveling to the park increased to around 99,000 in 2011, with a further 217,000 local tourists visiting the park, according to government figures. And such an increase in number is having an impact, says Watson.

Conditions at the park are getting worse as tourists try to get up close and personal with the animals. Jeep drivers race across the park vying for the fat tips awarded for showing visitors the "big four"- leopards, elephants, bears and buffalo. Meanwhile, some tourists flout park rules by feeding the macaques, langurs and wild boar.

"It’s food that’s not part of their natural diet and can adversely affect their health enabling disease to spread," says Watson. "It can make them aggressive and also promotes begging behavior in animals that didn’t show that behavior before."

The impact on health and behavior is of particular concern to environmentalists and there is already evidence wildlife tourism is adversely affecting animals.

In the Cayman Islands, a sandbank dubbed Stingray City has become a hub for visitors wanting to get closer to the sea creatures. Tourists there are allowed to pet, feed and swim with the stingrays, paying upwards of $50 for the privilege. 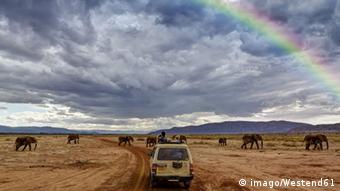 But the intrusion of 2,500 people daily has taken its toll. Blood taken from the stingrays in the region showed them to have weaker immune systems and poorer health than the animals not disturbed by tourists.

Still, there is debate around whether the potential risks outweigh the benefits wildlife tourism can bring, not only to the animals themselves, but also to the communities neighboring the environmental attraction.

Millions in incentives to protect wildlife

"The economic benefits that come from tourism can outweigh the benefits from other types of land or wildlife usage, thus providing a strong incentive for wildlife and habitat conservation," says Michael Hutchins, founding partner and director of conservation and science for World Safaris and Safari Professionals. "This is especially true in developing countries where the long-term benefits from wildlife tourism in terms of jobs and injection of foreign currency can outweigh the short-term benefits from development."

Countries including Kenya, Fiji and Palau, receive millions or even billions of dollars in revenue from wildlife tourism - a good reason to protect such resources. According to figures cited by the United Nation Environment Programme’s (UNEP) Convention of the Conservation of Migratory Species of Wild Animals, the shark diving industry alone brings in $42.2 million per year in Fiji, $18 million in Palau and $38.6 million in Maldives. Meanwhile, safaris generate around $1 billion in Kenya every year.

In East Africa, says Hutchins, such incentives are the "primary reason that large, intact ecosystems still exist under the often extreme and constant pressure for development. It has also helped to preserve cultures, such as the Samburu and Maasai, who have benefited greatly from tourism."

Elsewhere, governments have established national parks and protected areas to guard against poaching and other threats to the wildlife. In Indonesia, authorities have formed the world’s largest sanctuary for money-spinning manta rays. Each manta ray is estimated to generate $1 million each over the course of a lifetime from tourists paying to see these gentle giants in their natural habitats, according to Bradnee Chambers, executive secretary of the UNEP convention.

"What the tourism industry is realizing is that wildlife means ‘big bucks’ and is worth much more alive than dead," he says. 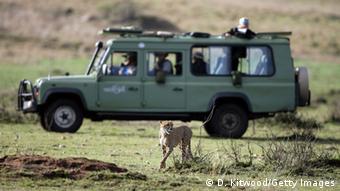 Wildlife tourism encourages investment in areas that might otherwise be neglected

Still, more could be done. A recent study supported by the Natural Capital Project, which campaigns for greater and more cost-effective investment in "biodiversity and human well being" found that of the estimated $600 billion generated through visits to protected areas, $10 billion is spent on conserving these areas - a figure the study’s authors described as "grossly insufficient."

The key is making wildlife tourism sustainable by encouraging conservation and education.

Wildlife tourism should continue, and there should even be more of it, says David Newsome, an environmental scientist at Murdoch University in Perth, Australia, who has written extensively on the topic.

"Wildlife tourism needs to be managed but this requires training and costs money…[we] need to review the situation all of the time," he says.

Back in Sri Lanka, authorities say they are working to protect animals from unwanted disturbance. For instance, only two of the five zones that make up Yala National Park are open to visitors. A source at the Department of Wildlife Conservation said new staff is also being recruited to enforce the area’s rules, but that it "takes time."

Still, WWCT’s Watson says more needs to be done in the form of education, both for jeep drivers and for tourists.

"Tourists need to be more responsible by saying that they don’t want to see animals up close and personal" she says. "They should be happy to see them at a respectable distance...It’s a matter of educating both tourists and tour operators to stop this. In time people will realize they don’t have to rush and stick your jeep right in there."

The number of international tourists rose by 4.7 percent to reach a record of 1.14 billion last year, the World Tourism Organization (UNWTO) said in Madrid. (28.01.2015)

Imagine Paris without the Eiffel Tower, or Cairo without the pyramids? For some countries, losing their iconic wildlife would be like losing these tourist attractions, says Bradnee Chambers in this guest commentary. (07.03.2014)

The Sunday Times: Yala ruined by its own popularity?

Convention on the Conservation of Migratory Species of Wild Animals: A wild

PLOS Biology: Walk on the wild side: Estimating the global magnitude of vis

The Sunday Times: Speeding Yala safari drivers must be reined in