Two points separate Bundesliga leaders Borussia Mönchengladbach and seventh placed Bayer Leverkusen. With the favorites faltering and some surprise packages, the opening weeks of the season have been compelling. 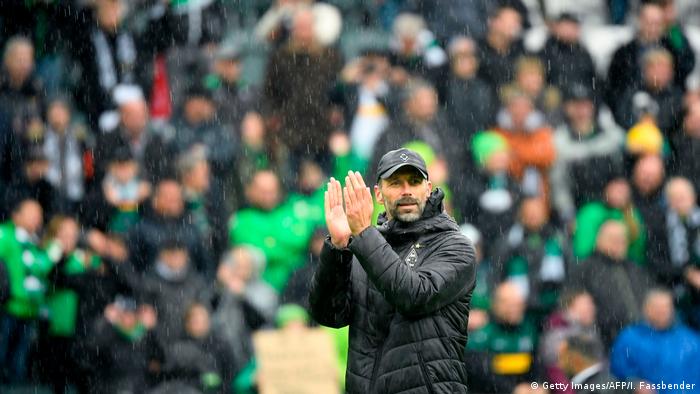 Seven games in to the Bundesliga season and Bayern Munich are not top. That accolade belongs to Borussia Mönchengladbach, who sit alone at the summit for the first time in 35 years and play their part in a wide open start to the season in Germany's top flight.

Gladbach got the job done in style on Sunday, beating struggling Augsburg 5-1 after a first half onslaught that saw Marco Rose's side four goals to the good at half time. The Foals were aggressive from the start, with their first three goals coming inside 13 minutes, a departure from their performance in Istanbul on Thursday night when they struggled to impose themselves and were lucky to escape with a draw. While the Europa League has been a struggle for Rose, the former RB Salzburg coach has found his feet in the Bundesliga.

Rose may raise a glass having watched his team produce their most complete performance of the season, but the real winner so far this season has been the Bundesliga. Two points separate Gladbach and seventh-placed Leverkusen, with Wolfsburg, Bayern, Freiburg, RB Leipzig and Schalke occupying the spaces in between.

That list doesn't even include Borussia Dortmund, who sit eighth after three straight 2-2 draws which have blunted their start. For a league often maligned following Bayern's near-decade long monopoly, this is exactly what is required. Even if it doesn't last — one has to assume Bayern will take control sooner or later and the likes of Freiburg will drop back — that still leaves half a dozen teams in the hunt. For neutrals, it bodes well.

Wolfsburg's victory was a more attritional affair, with Union Berlin forcing the hosts to break them down, which they eventually did courtesy of Wout Weghorst's neat finish midway through the second half. Another side flourishing under new management, Wolfsburg haven't lost a home game since January and remain undefeated so far this season, putting them in a select band of clubs from Europe's top five leagues that are yet to be beaten in domestic competition. The others being Liverpool, Juventus, Inter Milan and Real Madrid. 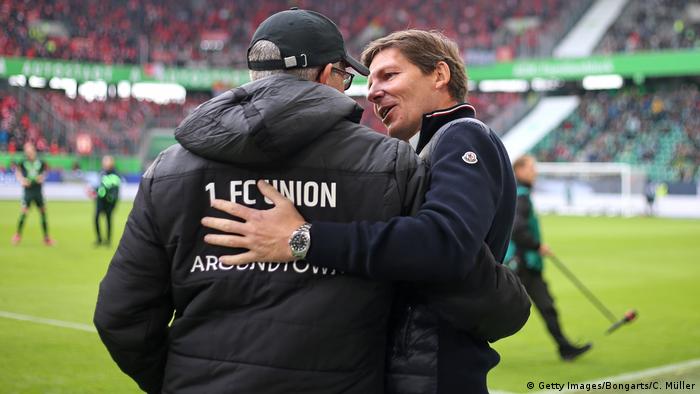 Oliver Glasner, right, has made Wolfsburg much harder to beat this season.

Going under the radar has suited Wolfsburg, whose coach Oliver Glasner is another with his roots at RB Salzburg. Since Glasner arrived as something of an unknown quantity, the Wolves have developed a thicker skin and an ability to keep games tight, which wasn't always the case under Bruno Labbadia. Under his watch Wolfsburg were just as capable of winning games by a big margin, for example 8-1 against Augsburg on the final day of last season, as they were getting crushed, for example 3-0 at Stuttgart seven days earlier.

While the Bundesliga continues to have an unfamiliar look at the top end, the cream is sure to rise to the top in the coming weeks. The challenge for the likes of Gladbach and Wolfsburg is to ensure they remain in the conversation for as long as possible. The next games for Gladbach and Wolfsburg are away trip to Dortmund and Leipzig, respectively. Things are finally getting interested.