Gibraltar between rock and a hard place on Brexit | Europe | News and current affairs from around the continent | DW | 09.05.2017

EU-enthusiastic Gibraltar is preparing to face hardships in the wake of Brexit. The UK overseas territory feels betrayed by Brussels. 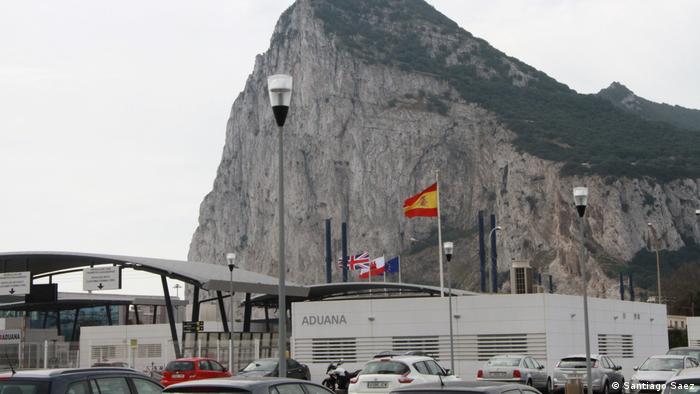 Sometimes, Melissa Sanchez's husband just leaves their house and walks across the border to La Linea, in Spain, to visit his mother.

Crossing Gibraltar's border is easy. People trickle into town and wait for the bus to the center or just walk across the airport's landing strip and past the adjacent Victoria Stadium (the national football team's home ground) to the Main Street. All they need is a valid piece of ID from an EU country to get in.

Melissa lives just beyond the stadium, in a modest neighborhood of colorful flats. Outside her house the lower slopes of the Rock show old fortifications, carved in the mountain to protect the 19th century British army against naval bombing.

Read: Britain 'ready to go to war' over Gibraltar

The border was closed between 1969 and 1985, but Melissa was just a child then. "I have grown with an open border. It's a real pity that now we may run into trouble to cross. I have relatives on the other side of the fence," Sanchez, who was born in Gibraltar, and has a Gibraltarian mother and a Spanish father, told DW. Fortunately, her husband, who's also from La Linea, is a legal resident in Gibraltar.

Melissa is worried about the unexpected problems her family and friends may face. "We don't really know what's going to happen, so that's what people here are really worried about," she says. 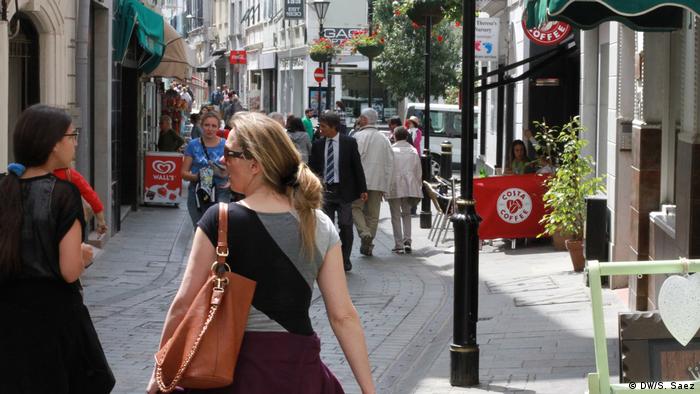 Brexit could have a severe impact on Gibraltar's High Street sales

Of all the British territories, Gibraltar was the most EU-enthusiastic at the Brexit referendum. An overwhelming 96 percent of voters voted for the UK to remain. That's a much larger proportion than Scotland (62 percent), London (60 percent) or Northern Ireland (56 percent). However, as pro-Remain as Gibraltar is, the EU decision to grant Spain veto powers over a special trade deal with The Rock hasn't been well received.

Read: May tells Tusk that UK will not budge on Gibraltar during Brexit talks

Edgar Triay, who works for a local telecom company, feels life is about to change drastically. "96 percent of us voted to remain in the EU, and Brussels' response has been to punch us in the face, by giving Spain, a third party with only a claim, a right to veto any deal with us. The EU culture we voted for has failed. Now I can travel to Spain just as I can travel to the UK. After Brexit, just to get to the next city, I'll probably need travel insurance, for instance. This is not all because of Brexit, but also the Spanish position of not wanting the softest possible Brexit," he told DW.

Gibraltarians don't want to follow Scotland or Northern Ireland into possible independence, and won't even talk about getting closer to Spain. Instead, they recall finding the resolve to come through even more testing times and are confident they'll manage to weather this crisis too. 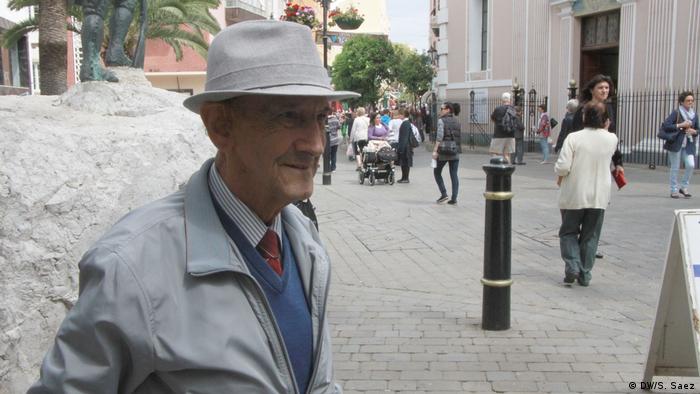 Cayetano Galiano says if he managed to survive World War II, he'll get through Brexit

"I should imagine life would be a little bit harder, but we'll pull through," says Cayetano Galliano, born in Gibraltar in 1930. "I was 10 during World War II, and I have been here through Franco's time, when the border was completely closed. This can't be worse."

Jai Kumar, who owns a photography shop in Gibraltar's Main Street, is concerned that tougher border restrictions could see businesses struggle. However, in a very Gibraltarian way, he's optimistic: "Yes, we are scared, but if Spanish people don't come anymore, someone else will. We'll get ferries in from Morocco, or fly Americans in. We'll make do."

Next month's general elections in the UK are widely regarded as Prime Minister Theresa May's bid for more power and legitimacy to negotiate British withdrawal conditions from the EU. However, Gibraltarians don't get to vote: As an overseas territory, The Rock doesn't have parliamentary representation in Westminster.

"When Cameron offered the British a referendum in exchange for being elected, the Gibraltarians had no say. Once elected, we actually voted 96 percent to remain. Two nations voted to leave but three voted to remain and now four will vote, except Gibraltar. Our destiny is based on an Advisory Referendum and general elections where Gibraltarians cannot vote," Paul Cartwright, an environmental technician working for Gibraltar's government, told DW.

A few months ago, Cartwright started an online petition to change that reality. While his campaign wasn't successful, he still thinks Gibraltar should have an exclusive representative. "Gibraltar is a tremendously complicated issue for an MP or MEP to embrace as a small fraction of all their ministerial responsibilities."

For some, however, it doesn't really matter. Melissa Sanchez thinks this is just another step along the way into political madness where some people are always at the receiving end. "I think that, whether May wins or loses, nothing really is going to change here. They just keep on forgetting us, no matter which side of the fence. It's always the same for Gibraltar and La Linea."