Construction workers in the German city of Hamburg have unearthed a four-by-four meter swastika buried beneath a sports field. The swastika is believed to have once been the foundation of a Nazi-era monument. 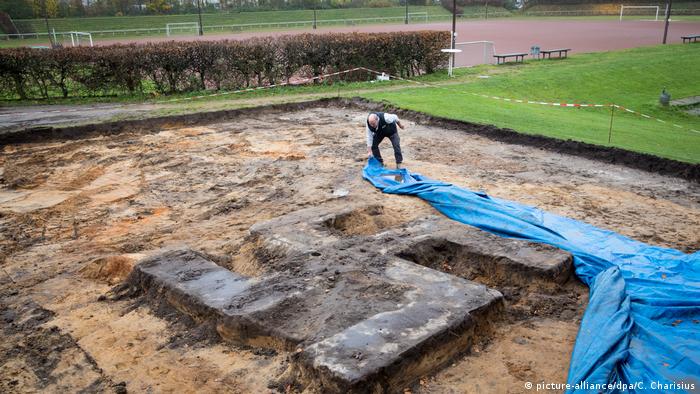 Sometimes a routine construction job can turn into a rare discovery. Excavators in the German city of Hamburg thought they were digging to just make way to build changings for a local sports club, when they suddenly hit a huge concrete swastika buried below the ground.

The swastika, which measures four-by-four meters (13-by-13 feet), was buried 40 centimeters beneath the Hein-Kling sports field in Hamburg's Billstedt district.

According to members of the Billstedt-Horn sports club, the structure once served as the foundation for a Nazi-era monument that once stood at the site of the sports field. The monument had been torn down and destroyed decades ago, they added.

Hamburg's cultural heritage management was informed of the discovery and ordered the structure to be removed as soon as possible. However, because it is too heavy for the excavator to lift it out of the ground, officials will instead break it up with jackhammers and remove the smaller pieces.