The pink, hairless cubs will be completely dependent on their mother for the next four months. Their birth has been hailed as a milestone in conserving a threatened species. 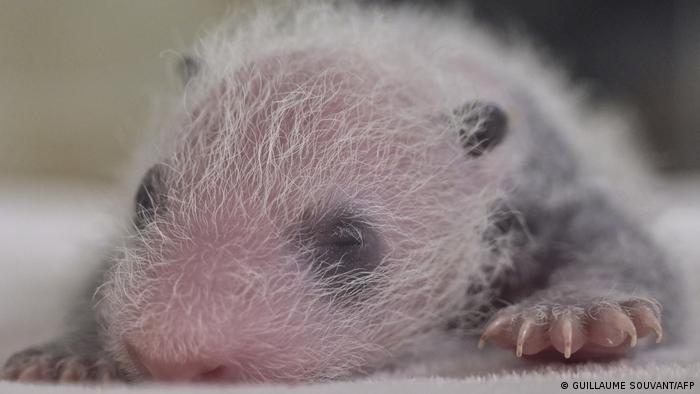 The news bolsters conservation efforts to protect the vulnerable species.

What do we know about the panda cubs?

The pink, hairless cubs are the offspring of their mother, Hua Zuiba, and their father, Bing Xing. The pandas are on loan from China.

The Madrid Zoo's Twitter account showed a video of one of the wiggling, crying cubs with Hua Zuiba.

Hua Zuiba was in labor for more than four hours before giving birth to the first cub in the morning. The second cub came a little over 3.5 hours later, just after midday local time.

The cubs will be completely dependent on their mother for the next four months until they learn to walk on their own, according to the zoo. Their gender has yet to be confirmed.

Chinese Panda experts have been dispatched to Madrid to help with the first weeks of breastfeeding the cubs.

The zoo called the birth of the pandas "a great contribution to the field of conservation of threatened species."

Pandas, which are China's national animal, were removed from International Union for Conservation of Nature's endangered species list in 2016 and placed under the vulnerable category.

Yet, only 1,800 of the bears still remain in the wild and their habitat is threatened by deforestation. About 500 pandas live in captivity around the world.

The furry creatures are also difficult to breed in captivity, making the birth of cubs an exceptional event.

In September 2019, two giant panda cubs were born at Berlin Zoo. It marked the first time a giant panda had given birth in Germany.