The cat-sized animal, which bears no relation to the giant panda, escaped from its enclosure, the Duisburg Zoo said. Though posing no danger to humans, members of the public have been urged not to try and capture "Jang." 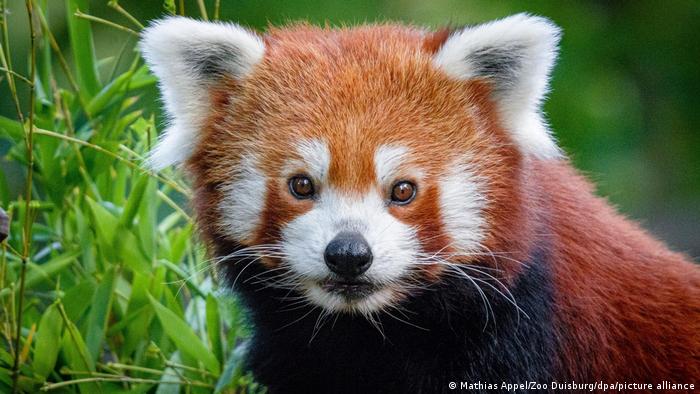 This is a handout photo of a red panda from Duisburg Zoo, and not "Jang," who has been missing since Thursday

A red panda remained on the loose in western Germany on Friday, with the Duisburg Zoo desperately trying to track down the animal.

The panda escaped its enclosure on Thursday and left staff searching the grounds and surrounding areas for the animal, dubbed "Jang", ever since.

Native to the eastern Himalayas and China and bearing no relation to the giant panda, red pandas are harmless to humans, according to Duisburg Zoo.

Nevertheless, members of the public who manage to catch a glimpse of the red panda have been urged to contact police and to not try to capture Jang themselves.

The exact circumstances that led to Jang's disappearance remain unclear; however, the zoo said it thought the animal might be in one of the many nearby trees, and could even still be on zoo grounds. Zoo employees believe "Jang" may be lurking in the trees

Red pandas are no giants

Apart from a weakness for bamboo, red pandas don't have a whole lot in common with their black-and-white namesakes.

They typically grow to the size of a house cat, with their body length including head reaching around 50 centimeters (20 inches) — though their long, bushy tails can double their length.

The red panda is dwarfed by the black-and-white colossus that shares its name, with some giant pandas reaching over 1.5 meters (almost 5 feet) in height and weighing up to 150 kilograms (330 pounds).

Due to habitat loss and poaching, the red panda is listed as "endangered," with its wild population estimated at fewer than 10,000 mature individuals.

Berlin Zoo has ignored calls to name its panda cubs Hong and Kong in support of ongoing protests. Instead, its first panda cubs have been given more traditional names.

A Sumatran orang-utan known as Nieas has been shot dead by zookeepers in the western German city of Duisburg. The 26-year-old ape made a break for freedom after its door was not properly locked.