When Gert Ledig's book appeared in 1956, Germans didn't want to be reminded of the horrors of war. "Payback" describes the bombing of an anonymous German city by an American air regiment. 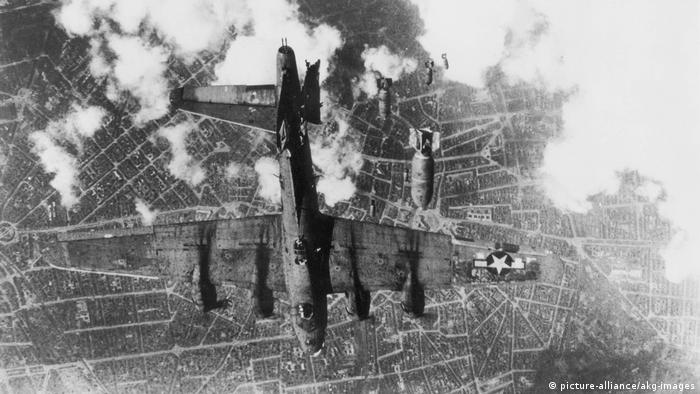 The city remains unnamed, as do the characters in the novel — that is, expect for the American bomber pilot Jonathan Strenehen, who is shot down and falls into the hands of the Germans. He is brutally abused by civilians, eventually dying from the harm inflicted. While fighting, he had purposefully dropped a hail of bombs on a cemetery in order to protect the civilian population.

"When the first bomb fell, the blast hurled the dead children against the wall. They had suffocated in a cellar the day before. They had been laid in the graveyard because their fathers were fighting at the front and their mothers were still missing. Only one was found, but she was crushed under the rubble.That was what payback looked like."

Then there are also the Cheovskis, a married couple that has no desire to continue living after their son is killed in battle and so commit suicide.

The rescue services are also there, as is a group of starving forced laborers from Eastern Europe. There's a battle-scarred lieutenant with the last contingent of soldiers, high school boys recruited by force, and a troop of drunken soldiers.

Or there is the family father desperately searching for his wife and child.

Finally we encounter a young woman who is trapped inside an air-raid shelter after a bomb attack and is raped there by an older German man.

All of this is described by a neutral narrator. The author steers the reader's gaze over a landscape of changing motifs, illuminating them from very different perspectives, just as in a film. While doing so, his narrative tone is laconic, lacking in commentary. Short, staccato sentences drive the narrative pace to a breathlessness that is almost unbearable.

"He stared at the door, saw the drops and felt thirsty. He stretched out his tongue and licked the metal. His tongue stuck there. The water was oil paint, blistered by the heat. His mouth was stuck together. He had to scrape off what was on his tongue. He used his fingernails. Then Jonathan Strenehen crept away. There was no point dying by this door. He could die anywhere." 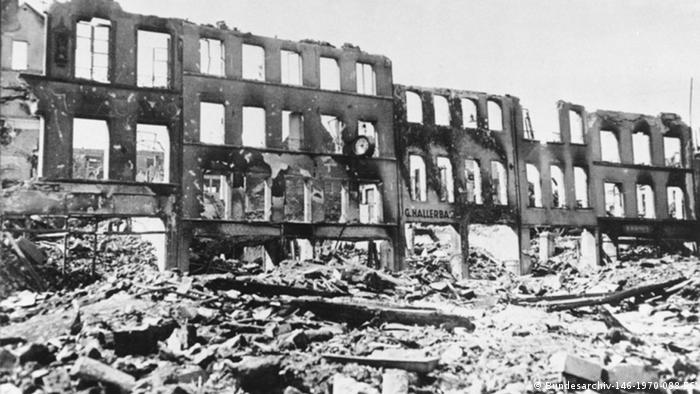 It shocks and disturbs. Yet it makes the story's pull inevitable, while at the same time creating moralizing distance.

Payback was bound to flop so shortly after World War II. West German readers experiencing the "Economic Miracle" had other worries, but more than anything they had hope. So Payback, the second volume of Ledig's war trilogy, sank into oblivion.

The trilogy's first volume, The Stalin Organ (1955), tells the story of the battle for a 318-meter-tall rise on the outskirts of Leningrad. In The Brutal Years (1959), Ledig describes an attack on an American Jeep carried out by German soldiers returning home from war.

It wasn't until 1999 that a new edition of Payback was published, but it was a breakthrough. Suddenly German cultural publications were overflowing with hymns of praise. They were finally recognizing the well-deserved significance of Ledig's work as an important German anti-war book that starkly and dispassionately describes war for what it is: a crime.

Robert Gerhard Ledig was born in Leipzig in 1921 and died in 1999 in Landsberg am Lech. He served as an officer in World War II, fighting first on the Western Front and later on the Eastern Front, where he was seriously injured.

After the war he trained as a naval engineer and also began writing on the side. Ledig processed his battle experiences through his war trilogy (The Stalin Organ, Payback, The Brutal Years). However, it wasn't until shortly before his death that his works received belated critical acclaim.