Germany might be the economic engine of Europe, but it is far behind its neighbors in free Wi-Fi provision thanks to laws that punish hotspot owners for users' copyright violations. Could this be about to change? 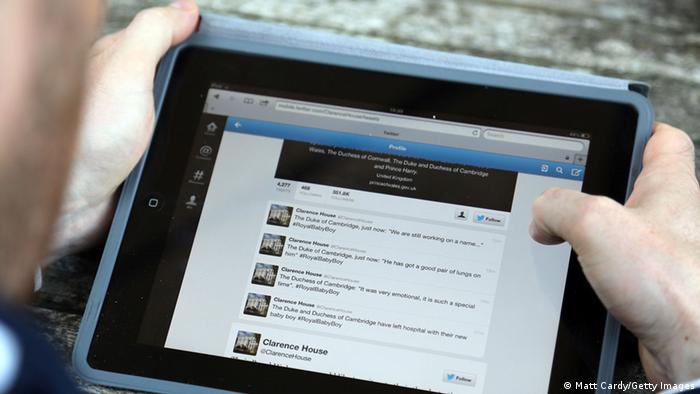 In many countries around the world, when you walk into a cafe, it is just as easy to access a free Wi-Fi network as it is to order a cup of coffee. But in Germany, the fourth-largest economy in the world, free wireless networks are in short supply.

According to a study released earlier this month by eco, the association of the German Internet industry, Germany has around 15,000 Wi-Fi hotspots that can be accessed for free without any kind of registration. This is the equivalent of around one free hotspot per 10,000 people.

This is very few in comparison to other countries with strong economies. The USA, for example, has five times as many free hotspots per person as Germany, the UK has 28 times as many and super connected South Korea has around 37 free Wi-Fi hotspots per 10,000 people.

Germany's relative lack of opportunities to access the internet on the go is mainly down to an unusual legal situation. Unlike in other countries, in Germany, Wi-Fi providers can be held responsible for what other people using their networks do online. So cafe owners wanting to provide free Wi-Fi for their customers could be liable, for example, if one of those customers illegally downloaded some music over their network. 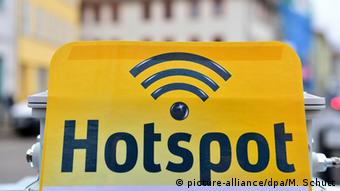 Under German law, in this case liable does not mean liable for damages, but liable in the sense that the cafe owners who provided the Wi-Fi network could be sent a cease and desist letter asking them not to support any more illegal downloads in the future.

"These letters come with pretty big invoices for lawyers charges and that is actually the problem," explains Ulf Buermeyer, an IT expert and judge based in Berlin. "The liability is not damages directly, it's the lawyer's charges for sending cease-and-desist letters to Wi-Fi operators."

For small businesses, this makes providing wireless networks a dangerous prospect. But not risking these expenses means risking losing customers to bigger companies like coffee chain Starbucks, where customers know they can get online while they drink their cappuccino.

According to eco's study, there are around 7.5 billion smartphones, laptops, tablets and computers in use around the globe. That amounts to more Wi-Fi-capable devices on the planet than there are people. And with startup culture booming and ever more people doing business on the go, how can the economic powerhouse of Europe afford to fall so far behind digitally?

Maurice Shahd from Bitkom, an organization representing the IT industry in Germany, does not see Germany's lack of Wi-Fi hotspots as a problem for the country's economy."The mobile phone networks in Germany are very good, so it's still possible to get online quite easily," he told DW.

But Alexander Mihm from the German Federation of Industries (BDI) disagrees. "It's increasingly important for the economy, which doesn't just rely on big cities but more rural areas as well, that a reliable internet connection is available," he said. "In Germany there is a real need for investment in digitalization," Mihm added. 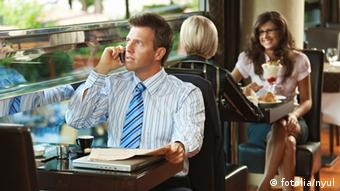 Cafes that do not provide Wi-Fi risk losing customers.

And that's one area where the German government is keen to show it is keeping up with the rest of the world. In its "Digital Agenda," published earlier this year, the German Ministry for Economic Affairs and Energy (BMWi) officially recognized the importance of providing better access to free Wi-Fi connections, promising to "improve the distribution and availability of mobile Internet access via Wi-Fi."

Despite these promises, Germans have yet to see a real change in the number of available W-Fi hotspots. Buermeyer says the government's lack of action on the issue is down to fear about anonymous internet usage. "This is basically just a misunderstanding because there are already so many ways to access the internet anonymously," he told DW.

"We already have a lot of internet use that cannot be traced back to any specific individual, so encouraging people to open their Wi-Fi networks wouldn't change the situation at all when it comes to anonymity," Buermeyer said.

He believes that creating more freely accessible networks would instead have a positive impact on both Germany's business environment and society in general by creating a more level playing field for accessing information. "It would have many advantages when it comes to economic benefits and societal benefits," he said. 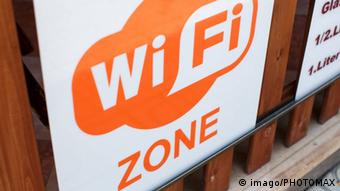 Germany has around a million Wi-Fi hotspots, but only around one in six can be accessed freely.

Campaigning organizations like Digitale Gesellschaft, as well as some political parties, particularly the Greens, have long been pushing for a change to Germany's unusual legal policy regarding Wi-Fi providers. And with the the BMWi stating in a press release last month that it would consider this legislation before the end of 2014, Germany's patchy Wi-Fi networks could soon get a boost. "The Ministry [...] will soon present a draft law. For the moment, the drafting process has not yet been completed," the BMWi told DW.

As the European Union's Electronic Commerce Directive, in place since 2000, states that the laws of all member states have to ensure that internet service providers are not liable for what their clients are doing on the internet, "It can also be argued that the German exception, when it comes to Wi-Fi liability, is incompatible with European law," Buermeyer said." This is also a good reason why the law should be changed soon."

For now, though, leading Internet providers like Deutsche Telekom and Vodafone subsidiary Kabel Deutschland are capitalizing the country's lack of free, open Wi-Fi hotspots by offering tariffs with which customers can access their wireless networks on the go, on top of normal mobile network charges.

Berlin pushes for fast and free Internet on trains

The German government has promised free Internet access for all passengers travelling with national rail operator Deutsche Bahn. But the company is cautious about its only shareholder's ambitious plan. (23.09.2014)