Germany’s top court paves the way for assisted suicide | Germany | News and in-depth reporting from Berlin and beyond | DW | 26.02.2020

Germany's highest court has overturned a section of the criminal code forbidding all forms of assisted suicide. Many terminally ill patients and medical professionals had fought to see the law scrapped. 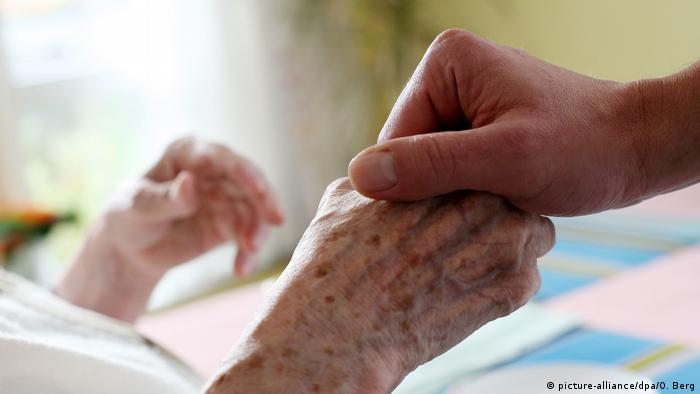 "I want to end it if the pain gets unbearable," 63-year-old Melanie S. tells Lukas Radbruch, a doctor at University Hospital Bonn, who has also been serving as the president of the German Association for Palliative Medicine since 2014. She has end-stage lung cancer, and fears she could suddenly lose the ability to swallow and suffocate while fully conscious. This possibility has led Melanie S. to consider assisted suicide.

Paragraph 217 of Germany's criminal code had prohibited assisted suicide. The law was adopted in 2015 by Germany's parliament, the Bundestag, to prevent associations or individuals from turning suicide into a kind of business. Specifically, the law states that "anyone who, with the intention of assisting another person to commit suicide, provides, procures or arranges the opportunity for that person to do so and whose actions are intended as a recurring pursuit incurs a penalty of imprisonment for a term not exceeding three years or a fine."

Legal experts have since hotly debated whether the law also criminalizes consultations — or merely mentioning, for example, that one may end one's life by foregoing food. 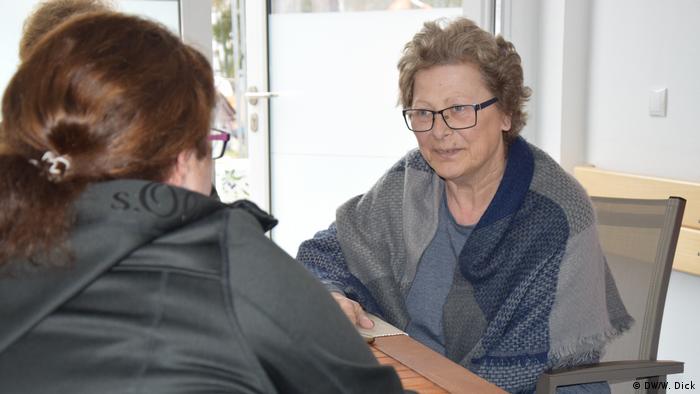 As a result, individuals who until 2015 had facilitated assisted suicides ceased doing so. And doctors and staff working in hospices became too scared to even consult patients on this possibility. Consequently, many terminally ill individuals traveled to Switzerland or the Netherlands instead, where even active assisted suicide through a third party is legal.

Anyone too weak or without the financial means to embark on such a journey, however, found themselves forced to ask family members to help them end their suffering. Family members who did meet this final wish were not prosecuted. But who would want to burden a close relative or loved one to assist in their suicide? 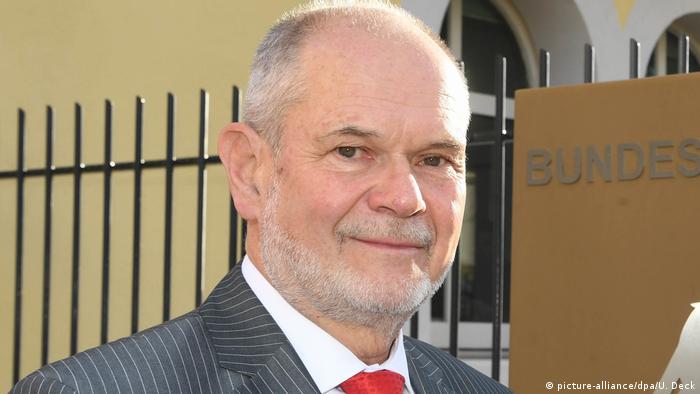 Many terminally ill individuals were deeply dissatisfied with this legal situation. Along with a number of medical professionals, they then took to Germany's highest court to challenge paragraph 217. Wolfgang Putz, an expert in medical ethics, told DW he believes the current legal situation regarding assisted suicides is untenable and must be reformed: "Germany's [Protestant and Catholic] church still exert significant influence on political decision-makers, even though we live in a secular state."

The Protestant and Catholic churches in Germany reject all forms of assisted suicide. Putz, therefore, welcomed the possibility that Germany's highest court, the country's supreme legal institution, could strengthen the constitutionally guaranteed right to self-determination with regard to suicide.

The potential of palliative care

The president of the German Association for Palliative Medicine, Lukas Radbruch, knows that it is essential to empathize with and carefully listen to patients who are considering assisted suicide. In his experience, whenever someone enquires about this possibility, it is often a cry for help to end one's suffering. Whenever he then suggests pain-relieving sedative drugs, terminally ill patients gladly opt for this possibility.

Ahead of the verdict, he warned that "if the constitutional court rules to scrap paragraph 217, it could embolden individuals who assist with suicides and that could be a dangerous development for society." He fears that many terminally ill individuals could choose assisted suicide so as not to burden anyone. And he stresses that nobody must ever feel pressured into taking such a step. In his opinion, assisted suicide should always be an absolute last resort. 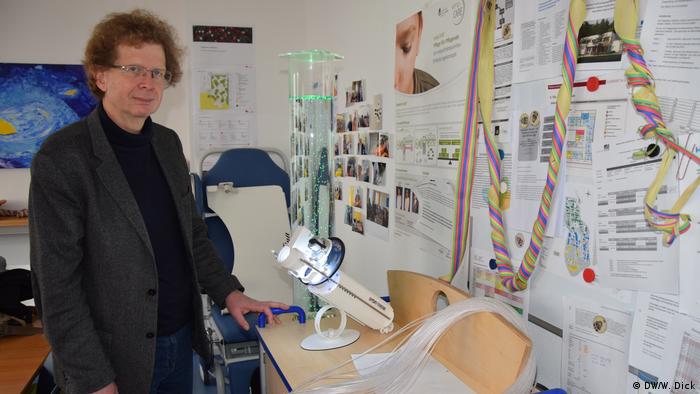 So far, palliative care providers can only provide pain-relieving assistance and sedatives to terminally ill patients

What did Germany's top court decide?

The country‘s top court on February 26 ruled that paragraph 217 is incompatible with the constitution, making assisted suicide once more possible in Germany, as it previously was. The verdict opens the door to legislation that would allow doctors to counsel patients about this option and provide them with lethal drugs, yet not administer them.

The court found that individuals have a right to "self-determined" suicide, including the freedom to take one's own life and to enlist organized services provided by third parties.

Uwe-Christian Arnold was one of Germany's leading assisted suicide advocates. The Berlin urologist, who died in April 2019, once accused German lawmakers and healthcare decision-makers of a pre-Enlightenment mindset when he asked: "How can people, who have never been afflicted by a serious illness themselves, be so brazen as to judge whether a person's life is still worth living?"

He was convinced that terminally ill individuals, who are mentally healthy and have an autonomous mind, should be permitted to choose whether or not they want to end their lives in dignity. Arnold's role in helping others commit suicide, meanwhile, meant he constantly violated the Hippocratic Oath and thus risked losing his German medical license.

Arnold was repeatedly taken to court for his role in facilitating assisted suicides — and acquitted each time. He said that he assisted more than 100 individuals across Germany in ending their own lives — after first thoroughly vetting their mental ability to make the choice. 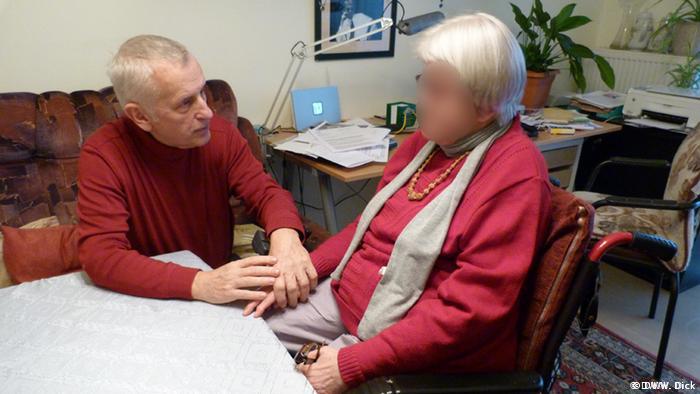 Arnold was one of the plaintiffs who called on Germany's top court to review the legality of paragraph 217. He had been scheduled to give a five-minute statement before the court in April 2019 regarding his role in facilitating assisted suicides. The president of Germany's constitutional court, Andreas Vosskuhle, had specifically asked Arnold to speak before the court to learn in which life situations patients express the desire to die by assisted suicide and how physicians deal with such wishes. But Arnold, who suffered from bone marrow cancer, passed away before he could address the court.

The terminally ill in Germany can now decide when it's time to die. Wednesday's court ruling has reignited the debate on assisted suicide and the taboo subject of death, which is a good thing, says DW's Astrid Prange. (26.02.2020)

In certain cases, helping a suffering person with assisted suicide is not criminal, Italy's top court said. The ruling means parliament has been asked to debate the issue, taking into account the court's ruling. (26.09.2019)

An Australian state has enacted euthanasia laws to allow terminally-ill patients to end their lives with lethal medication. The first death could take place in as soon as three weeks. (19.06.2019)

Lawmakers in New Zealand backed a bill that would legalize euthanasia, but only if endorsed by voters in a referendum next year. Candidates would only be eligible for euthanasia if they had less than six months to live. (13.11.2019)

Paralympic gold medalist Marieke Vervoort ended her own life this week after living with constant pain from an incurable spinal disease. She had long been an advocate for euthanasia. (23.10.2019)

Death on Demand? - The debate on assisted suicide

A 44-year-old man who was paralyzed from the neck down was the first to be authorized for medically assisted suicide. Having no independence left him physically and mentally like a "boat drifting on the ocean," he said.

Austrian lawmakers have approved a law that legalizes assisted suicide for seriously ill people, subject to tight rules. A law banning the practice was set to expire, which would have left the matter unregulated.

Spain has become the fourth European country to allow terminally ill people to end their lives.