The German National Tourist Board asked tourists from abroad to vote for their favorite attractions in Germany in 2017. Here are the Top 10 in 360-degree videos, presented by DW reporter Elisabeth Yorck von Wartenburg. 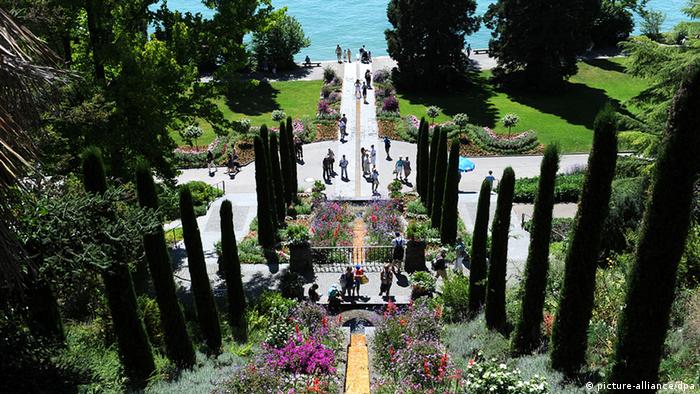 By using the mouse on your computer or your finger on your smartphone, you can decide what you want to see. Just click on the videos and drag the pictures where you want them. You can also simply move your smartphone. The videos will follow your movements. If you're using a computer, watch the videos via Google Chrome. If you have a VR headset, you can watch it in virtual reality.

The Moselle Valley is a romantic landscape that is formed by the Moselle River, which meanders through vineyards, beautiful towns and ruins of fortified castles.

Some 19,000 animals live in Hellabrunn Zoo in Munich. It's the first zoo of the world to present its animals in natural living communities. For instance, rheas, capybaras and anteaters share their home in the South American section, just like in nature.

The multi-award-winning theme park in Brühl near Cologne set several records with its roller coasters. The park's attractions also lead visitors through a world filled with fantasy.

The epitome of German romanticism, the ruins of Heidelberg Castle in the city by the Neckar River have enchanted many painters and writers throughout history. Today millions of tourists are also charmed by Heidelberg.

In Dresden you can discover the Baroque period in all its splendor. Whether the Semperoper opera house, the Frauenkirche (Church of Our Lady) or the Residential Castle, attractions are just footsteps away from each other here.

A panoramic view of the Alps, crystal clear water and islands with palms: These attributes are typical of holiday regions. Lake Constance has them all. Most popular excursions lead to the Flower Island of Mainau with its magnificent gardens.

Neuschwanstein Castle is a fairy tale world in itself. King Ludwig II of Bavaria had it built as his personal retreat in 1869. It didn't remain a place of silence very long: Today it's one of Germany's most famous tourist hotspots.

From carousels to roller coasters, with over 100 attractions the Europa-Park in Rust near Freiburg is the biggest theme park in Germany. Its 15 themed sections designed like European countries are bound to please the entire family.

Tourist attraction number 1 is the largest model railway exhibition of the world, located in Hamburg. The trains cross lovely designed landscapes and miniature versions of cities in Switzerland, Austria or Scandinavia.