Germany is one of the highest consumers of raw materials in the world. And while it has ample reserves of coal, potash, salt and sand, the nation has to import the resources needed to make hi-tech goods. 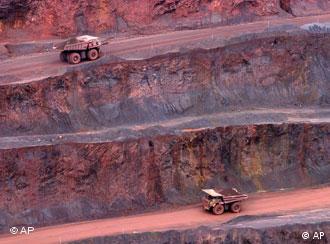 Without the likes of copper, cobalt, platinum and the group of minerals known as "rare earths", the technology industry would never have advanced to the heady heights from which it turns its tidy profit today. Although Germany is a major player in the fields of electronics and engineering, it is heavily dependent on imports for raw materials.

ThyssenKrupp is a good example. The steel manufacturer is Germany's biggest, but in order to hang on to that superlative title, it needs steady access to iron ore. That makes it beholden to an oligopoly of three mining companies, which recently decided to dispense with the 50-year-old tradition of fixing prices on an annual basis. They now set prices every quarter, and the prices have become very elastic.

This picture is not exclusive to the iron ore industry, but is repeated across the rare earths spectrum, and is a problem for companies dedicated to making future technologies. Without metal there will be no wind turbines; without lithium and copper, no batteries for electric cars; without the 17 rare minerals with various electric and magnetic properties, no photovoltaic cells. 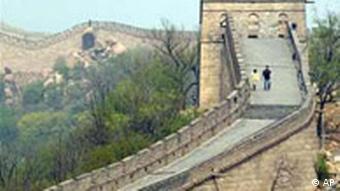 The first port of call for companies seeking to buy most metallic commodities is China. Once upon a time, the country was happy to export its valuable resources, but as Ulrich Grillo, Chairman of the Raw Materials Committee of the Federation of German Industry told Deutsche Welle, that has changed in recent months.

"Back in July, China said it would reduce production for the second half of the year by 64 percent," he said, adding that the China Daily newspaper reported exports of rare earths will cut by 30 percent in 2011. "This report has not yet been denied."

The German photovoltaic industry has already been affected by the scarcity of lanthan, and consequently been forced it to slow down its production of solar panels. It's one of many examples that lead Grillo to believe raw materials are being misused as geo-strategic tools.

"More and more countries in Europe and in all other continents need resources for their own development," the expert said. "They want to be a part of industrial production, growth and affluence, and that is their legitimate right."

From America to China

Grillo says in imposing trade restrictions such as export quotas and tariffs, important emerging markets are subsidizing their own industries and warping international competition. But industrialized countries are not without blame for the current situation. 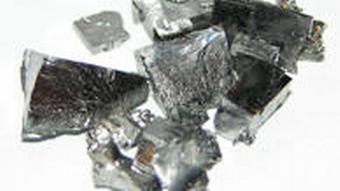 Tantalum is a rare earth used in computer components

As recently as 1990, more than one third of rare earths on the market came from the United States. But their toxicity and dispersal makes mining them an expensive business. As a result, US companies decided to close down their shafts and buy the minerals from China, which was selling rare earths cheaply at the time.

But recent developments have prompted a change in thinking and several mining companies have announced new plans to go back underground in search of rare earths. And when they do, German Economics Minister Rainer Bruederle would like to see German companies get involved.

But the president of the Federation of German Industries (DBI), Hans-Peter Keitel, says it will take more than investments to secure 80 billion euros ($112 billion) worth of raw materials annually.

"We could ask ourselves what political interests a region like central Asia has," Keitel said. "Maybe there are political wishes we could help to fulfill in exchange for the procurement of raw materials."

Keitel believes it is crucial to develop of a new strategy for dealing with China and the sale of its resources.

"Without endorsing protectionism, we could consider whether China might not actually be within its rights to say it doesn't want to sell its raw materials for money and yet more money" Keitel said. "Isn't this about partnership? Isn't our technology really our currency?" 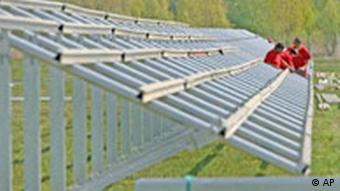 Germany has a lot to offer besides solar power technology

He says Germany should be looking at which of its technologies it is willing to export in exchange for raw materials.

At the end of October, the German government signed off on a raw materials strategy which sets out plans for partnerships between the foreign, economics and development ministries with resource-rich developing and emerging nations.

"I am interested in value-based and interest-based development cooperation," the minister said, explaining that it is in Germany's interests to help its partners develop and stand on their own feet. "On the other hand, it is also in Germany's interest to ensure that what is organized here with taxpayers' money flows back into German society with added value."

The strategy makes sense because Germany is set to remain at least partially dependent upon Chinese raw materials in the future. Without them much of the nation's industry would quite simply grind to a halt.

ASEAN talks in Hanoi have been overshadowed by criticism of Myanmar's upcoming election and a dispute between China and Japan over rare earth minerals. (28.10.2010)

As the world becomes more dependent on technology, it also becomes more reliant upon rare metals and minerals. The EU is preparing a strategy paper to secure a long-term supply of the increasingly necessary materials. (30.08.2010)

Europe could face a severe shortage of raw materials needed for emerging technologies such as thin-film solar photovoltaic cells and lithium-ion batteries, according to the European Commission. (25.06.2010)