The SPD executive has formally nominated Schulz, the ex-president of the EU parliament, to run as its candidate for chancellor. The official confirmation is to take place in mid-March. 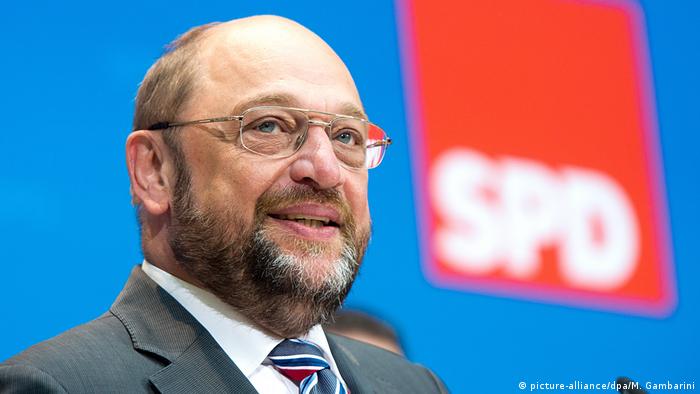 The executive of Germany's Social Democrats (SPD) on Sunday formally nominated former European Parliament President Martin Schulz to lead the party as successor to Sigmar Gabriel, and to be its candidate for the chancellery in September's federal election, sources familiar with the decision said.

The nomination, which was expected, is to be voted on at a special party conference in mid-March, with Schulz almost certain to be confirmed in the positions.

Gabriel stepped down from the party leadership in a surprise move on Tuesday, also announcing that he would not run for chancellor against Angela Merkel in this year's elections. On Friday, he officially took over from Frank-Walter Steinmeier, also a Social Democrat, as German foreign minister.

Following the nomination, Schulz tweeted: "A great feeling: I have just been nominated as top candidate by the leadership of my party. I am humble and grateful."

Schulz, 61, who in November announced that he would not run for re-election to the European Parliament and instead return to German politics, was reported in late December to have indicated that he did not want to run for the chancellorship. 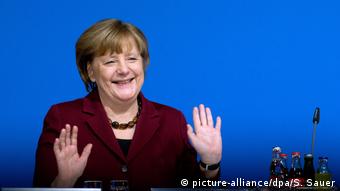 However, Social Democrats worried about their party's falling voter support under Gabriel have been eager to gain Schulz, who according to polls enjoys similar popularity to that of Merkel, as top candidate. Gabriel himself also recommended Schulz as his successor.

The announcement of Schulz' nomination came during a two-day closed-door meeting of the SPD executive in Berlin that is to run until Monday.

By naming former EU Parliament President Martin Schulz to run against Angela Merkel for chancellorship, the Social Democrats are back in the game, writes Dagmar Engel. They have become visible for the German voters. (25.01.2017)

Candidate Schulz: Can Merkel be beaten?