The German economy is chugging along, but companies are facing a growing gap in skilled labor. One company in Germany's southwest is turning to young talent from Catalonia, one of Spain's wealthiest regions. 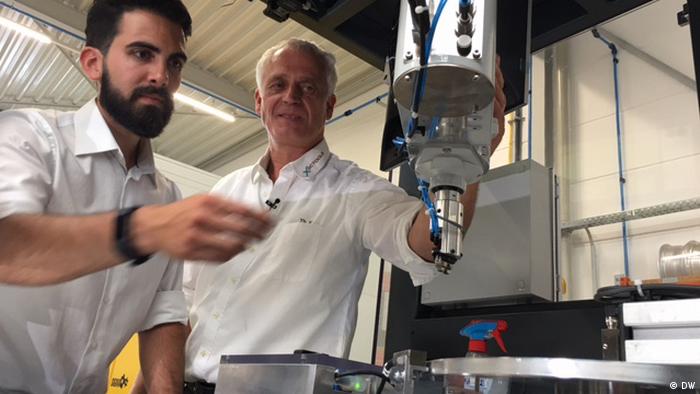 The southwestern German state of Baden-Württemberg serves as the motor of country's booming economy, with the largest export industry, a deep manufacturing base and an unemployment rate of 3.4 percent. Baden-Württemberg boasts industry giants like Daimler and Bosch, but it is the famed Mittelstand, or small and mid-sized privately owned companies, that makes up the backbone of Europe's strongest economy. These companies manufacture engines and heavy machinery as well as niche products in demand worldwide. The Mittelstand is also responsible for employing more than 60 percent of the German workforce.

But economic success has exposed a problem: Companies large and small are facing a major shortage of skilled workers. Baden-Württemberg's Chamber of Industry and Commerce (IHK) polled 105 industry groups and 19 economic sectors across the state and found that the pool of skilled workers will shrink by 831,000, or just under 22 percent, by 2030. 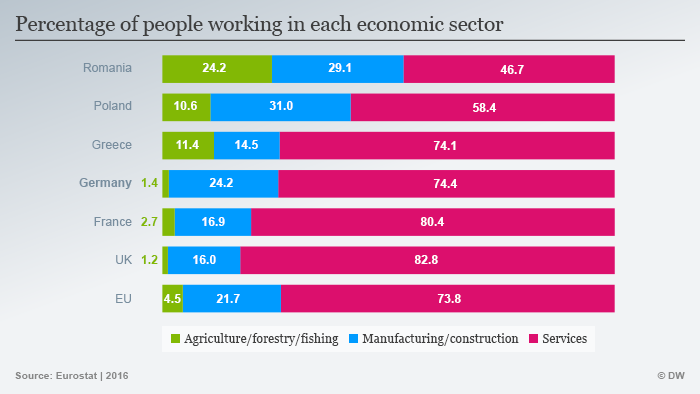 The number of craftsmen, technicians and trained sales specialistsis especially critical, according to the study. Germany's rapidly aging society has also taken a toll: the average age will increase from nearly 44 years old in 2016 to 45.6 by 2030.

"The local businesses are, therefore, faced with the great challenge of remaining innovative and competitive even with aging workforces," said the IHK study.

One of those businesses is Xactools in the town of Flein, about an hour north of Stuttgart. The Mittelstand company specializes in complex automation and measurement technology. It was founded in 2013 and has grown rapidly now employing 40 people, according to CEO Thomas Erb.

Erb told DW he has struggled to fill specialist positions with German workers.

"People are not willing to travel - that is still a big problem, one that is somewhat understandable," he said. "The jobs are posted and anyone can apply, from eastern Germany or the Ruhr Valley region, but we just don't receive those applications - otherwise we would hire them."

Instead, Erb has taken advantage of a special program between Baden-Württemberg and Catalonia, one of Spain's wealthiest states. The two regions are cooperating on training, higher education, and - most importantly - the exchange of skilled labor. Erb now has two engineers from Catalonia.

Alvaro Tejero arrived at Xactools a little less than a year ago and has become an integral piece of the company's success - despite the complex German technical jargon and the new atmosphere. Tejero uses 3D software to design the company's automation and measurement systems for clients across Germany and the world.

Originally from Girona, Tejero, 25, studied mechanical engineering in Spain and took German courses at the Goethe Institute in Barcelona before joining the Baden-Württemberg-Catalonia program. Both Spaniards and Germans warned him of the weather and the cold, distant people he would encounter in Germany. But, he said, his experience has been overwhelmingly positive.

"I had a lot of classmates during my studies who didn't want to live here because they are scared of the language and the culture," he said. "But it's not that different and we're not that far away. I'm about 12 hours away from my hometown."

Tejero originally planned to work and stay in Germany for the next two to five years but said those plans could change.

"I have to say I'm really satisfied here," he said. "Not just in Germany but in this job. The atmosphere is really good."

Another candidate from the Catalonian training program joined the company this week, and Tejero will help train him.

Erb said he also still sees further opportunity in the arrival in Germany of refugees and migrants, as well.

"There is a chance to bring refugees into the labor market - but they have to be integrated and they have to want to integrate in order for the cooperation to work," he said.

Erb said he is pleased to see the local government working hard to help relieve the skilled labor shortage, despite the challenges.

Will robots take over?

Investment in innovative products and processes at Germany's small and medium-sized firms has dropped for the third year in a row, according to KfW bank. Price pressures and funding are two key factors. (25.02.2015)

There are more than 5 million unemployed young people in the EU. German companies have launched an initiative to change that. And with good reason, reports DW's Sabine Kinkartz. (22.07.2015)