Germany's next government is promising to end homelessness by 2030. First, however, it has to get a handle on how big the problem exactly is — something advocates already know all too well. 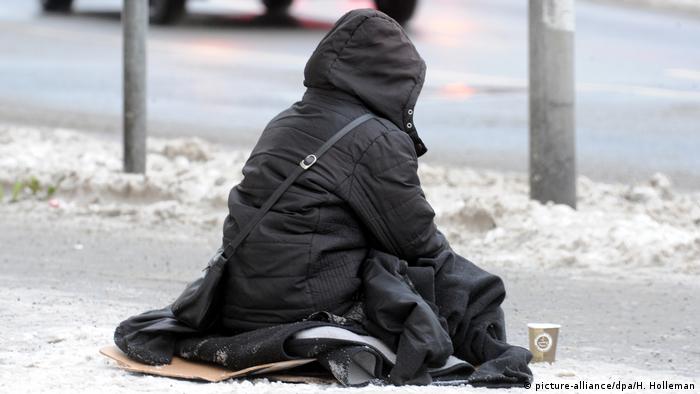 It's quiet during the day at the Caritas shelter in Gesundbrunnen, a diverse and working-class area in northern Berlin. But that doesn't mean there isn't lots to do. Martin Parlow, a part-time employee who organizes the shelter for the Catholic social welfare organization, has food to buy, bills to pay, and staff and resources to organize.

Every night, around 18 men come in out of the cold, he says. They're here for a shower, a warm meal and a safe place to sleep. Some are drunk when they arrive. Others are running from the law for small-time offenses. Most are off the grid in Germany, coming from elsewhere in the European Union.

They go out again the next morning to face a variety of difficult circumstances: low-paid jobs or begging, struggles with addiction, and mental and physical ailments that go untreated. The elements are their enemy.

"Some people have been coming here for years, which is strange and sad because this is a really basic accommodation," Parlow, who oversees a team of eight workers, tells DW. 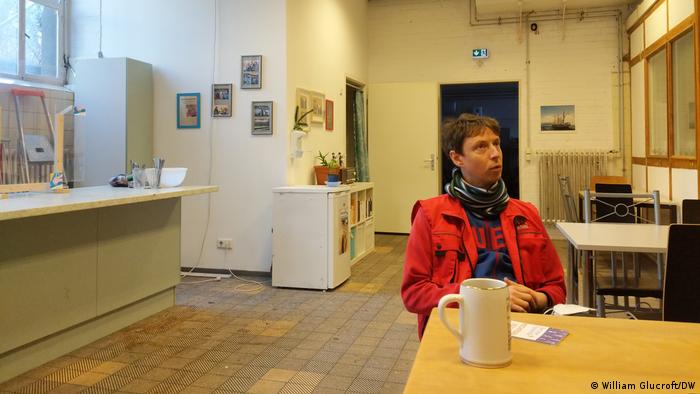 Martin Parlow and his team provide a warm meal and a warm bed at a Berlin shelter, saving homeless people's lives

The shelter is warm but austere. The main sleeping area has the look of a cheap backpacker hostel: metal bunk beds spread out across a linoleum floor, divided by simple privacy screens. Many of the "guests," the term Parlow uses for those who sleep here, come back every night and leave some basic possessions — slippers, hats, drinks and body products — at their bedsides.

Parlow is in his third year at the shelter, which means most of his experience has been under pandemic conditions. Despite widespread fear at the beginning, he said the shelter refused to stop its work when COVID-19 came to Germany, though adjustments had to be made, such as reducing the number of people accommodated in compliance with social distancing restrictions. There used to be 25 people allowed in on a night, he said, and more if a desperate situation called for it.

Masks, tests and contact tracing are luxuries. The staff is now vaccinated, as are some of the homeless people who come in — but that was months ago with the Johnson & Johnson shot, which might be less effective now.

"Our mission is to save lives by providing a warm bed," Parlow explains. "When this system was created 30 or 40 years ago, people were dying out on the streets."

The advantage of being open only at night and during the winter, he says, is that people can come without formalities — no papers shown, no questions asked. But there are many downsides. Running the night shelter is expensive — around €45 ($50.80) per bed, per night — despite the limited services offered. Berlin's homeless network is moving towards a 24/7 model, says Parlow, which would make it possible to provide more in terms of counseling, job help and longer-term housing prospects. 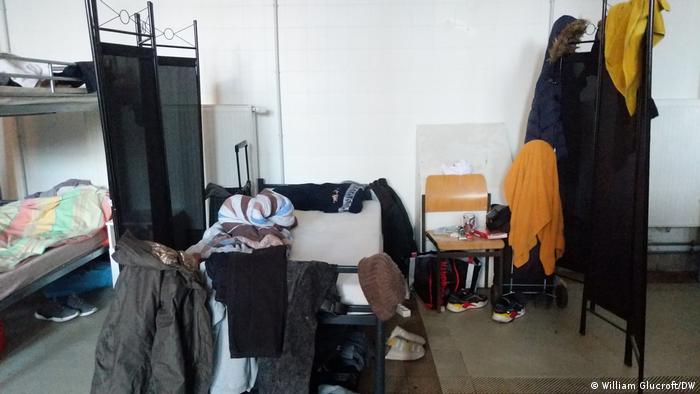 Even that is a stopgap. In Berlin and across Germany, a housing shortage and skyrocketing rents are making it harder to find and hold onto stable living conditions. Germany has a substantial low-wage sector, and major studies have shown that income inequality is rising, a greater share of salary has to go to rent and these pressures are creeping into the middle class.

"If you don't have the security of your own four walls, everything else is so hard," Parlow said. "How do you recover from being an alcoholic if you're sharing a room with an alcoholic?"

Even huge organizations like Caritas are having trouble securing affordable housing stock to pass onto people in need, he added. A mix of for- and non-profit companies, working with the city, offer short-term space for tens of thousands of people, which they can end up living in for years.

Increased migration has caught policymakers off guard over the years, as has the rush of property investors. That, coupled with insufficient housing regulations and a lack of enforcement, has all contributed to the homeless problem.

Cologne: Homeless during a pandemic

Germany's next government, led by the Social Democrats (SPD), wants to dramatically expand new housing construction with a focus on affordability and to end homelessness by 2030. The governing coalition agreement mentions "putting forward a national action plan" but lacks specifics on how to go about it.

"The goal to overcome homelessness in this decade can succeed only with cooperation at all levels," Ingrid Herden, an SPD spokesperson, told DW in a statement. "That's why there will be a working group between the federal government and the states, which will take on the preparatory work of presenting a national action plan."

Germany has four-year legislative periods, which means the next government could take until 2025 to come up with such a plan. That would leave five years to implement it.

"It's basically true that the new government still needs to figure out what the national action plan entails and how the goals of the coalition agreement will come to life," Krister-Benjamin Schramm, a spokesperson for the Green Party, told DW in a statement.

A Greens proposal from 2019 to combat homelessness remains on the table, Schramm said.

The SPD and Greens are also in Berlin's state government, which in its own coalition agreement has put forward slightly more concrete steps at the city-state level. They include using more of its own and EU funds to combat homelessness, keeping a closer legal eye on evictions and lowering the bar to get people into housing.

Both the Berlin and federal governments talk about "housing first," a concept developed in the United States and experimented with in Germany that aims to get people into their own homes with no strings attached. That flips the script on other programs, which require homeless people to first meet certain requirements, such as dealing with addiction, before they get the chance to receive a place to live.

Fixing a problem you can't see

Social welfare organizations have welcomed the new political will to tackle homelessness but are waiting to see the proof in the pudding. The Federal Association for Homeless Help (BAG W), for example, is calling for stronger constitutional housing guarantees, more eviction protection, better rent control and easier ways for those without a fixed address to get on the books so they can receive adequate health care.

Taking action — and knowing what it might cost — can't happen without a firmer sense of the extent of the problem. A law mandating regular and comprehensive data collection on homelessness came into effect only in 2020, and the first statistics are not expected until next year.

Until then, advocates and policymakers can only go on best estimates. Nationwide, there were 678,000 people without a home in 2018, according to BAG W. That includes 441,000 refugees and 19,000 children. Nearly 12% had jobs, and almost the same share were pensioners. Housing debt was the leading cause of losing a home.

The estimate has more than tripled since 2008, driven largely by refugees who — despite their protected social status and often employable skills — can more easily fall through the cracks and struggle to find solid work.

The true number at risk, Parlow said, could be much higher. The estimates don't catch, for example, young people who can't leave their parents' homes, or those stuck in bad relationships because they have no place else to go. In Berlin alone, Parlow thinks there could be 200,000 people in precarious housing situations.

Waiting on the state's plans, shelters like the one Parlow oversees in Berlin will remain on the front lines in the battle against homelessness — largely outgunned by the social and economic forces they face.

"You can solve this issue — if you really want it as a society or a government," Parlow said.