Germany′s Imperial Frequent Flyer | News and current affairs from Germany and around the world | DW | 21.06.2006

Is German soccer legend Franz Beckenbauer really a human being? Or is he merely a science fiction invention? He does seem capable of beaming himself to different galaxies at the speed of light. 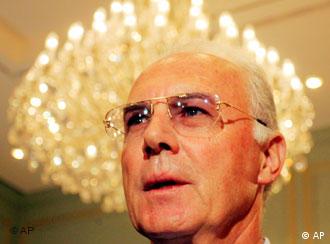 Sweating at home in front of the TV set watching a World Cup game has at least one advantage over sweating collectively at the stadium: You actually get to see more. After trying to lip-read the obscenities a player is throwing at the referee, you can compare your own beer belly with a horde of face-painted, shirtless soccer freaks. And still, only a few seconds later, you can hang out with the Spanish royal couple or the otherwise sleepy German chancellor trying to get in touch with her inner beast.

As you move from game to game and from city to city, you also get to admire one World Cup attendee, for whom defying the laws of physics is turning into a favorite pastime. Franz Beckenbauer, German soccer legend and president of the soccer championship organizing committee, is the only World Cup celebrity that seems capable of being at different places at the same time. You can see him in almost every city, at almost every game. The man is a genius. 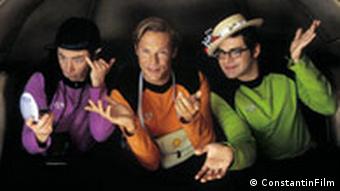 So how does he do it? Is he in possession of an intergalactic Star Trek beamer? Did he hire an army of look-alikes? Or does he have an exclusive deal with overbearing magician David Copperfield?

Apparently, not. In-between games, Beckenbauer -- whose popular Teutonic nickname is "Kaiser" (emperor) -- gets to do what most soccer fans would be too drunk to even contemplate at the end of a match. He hops on Augusta 109, his regally named helicopter, and flies off to wherever his cosmopolitan heart may take him. Hasta la vista, Gelsenkirchen! Konichiwa, Hamburg!

The sun-tanned, gray-haired Bavarian "emperor" feels to most Germans like a friend of the family, not only because he bears visual and dialectological resemblance to Bavarian folksy Prime Minister Stoiber, but also because he is no stranger to advertising gigs. 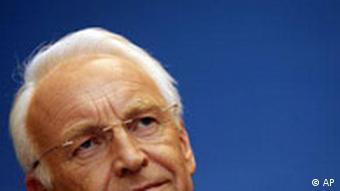 One of his most prolific campaigns has been for a German cell phone provider known for expensive-looking and alluring celebrity ads. German couch potatoes who have a profound relationship with their remote controls have discovered that there are days on which they can start watching a Beckenbauer commercial on one channel, switch to the middle of it on a different channel, and still make it to grand finale on a third.

Along with Veronica Ferres -- a blond German actress with the Spanish sounding name -- and Anna Netrebko -- a Russian opera diva with the body of a Greek goddess -- Germans have seen Beckenbauer do all sorts of things in those commercials: getting bottles out of his wine cellar for a plaster fest with his raucous soccer buddies; yakking away on his cell phone; hanging out at the North Pole; mugging the unsuspecting Father Christmas and even flying in a chopper over soccer-mad Germany.

Helicopters are, it seems, his thing. 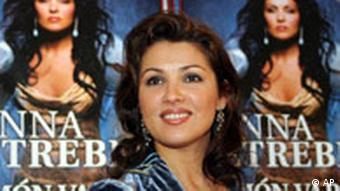 But this is where things get a little complicated with the chopper-flying tsar. Another telecom giant, which practically bought the entire German national soccer league by acquiring exclusive broadcasting rights to its games, is now reportedly planning to hire the "emperor" as its soccer expert for 15 million euros ($19 million).

According to media report, that's the reason why Beckenbauer's contract with that cell phone provider will most likely end after the World Cup. In the business world, that's called stiff competition or conflict of interest. In the real world, it's called: Somebody's getting jealous. Everybody wants a piece of Kaiser Franz.

And in order to make it all these World Cup games without getting stuck in traffic or getting ambushed by gangs of screaming fans, Beckenbauer will have to keep flying on board Augusta 109.

"When you really want to get to know the country, you need a chopper," Beckenbauer recently told a reporter. 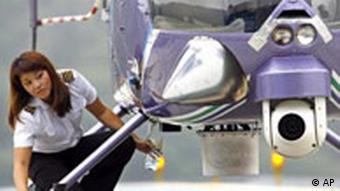 Attention, crew! His Imperial Majesty needs to use the loo

According to Hans Ostler, who's been Beckenbauer's chauffer in the air for the past eight years, the "emperor" is a good passenger. He usually wants to get from A to B and doesn't make a big deal about it.

Except on those rare but painful occasions, which require an emergency landing: For example, when nature calls. The "emperor" is -- at least as far as his physiological needs are concerned -- a mere mortal, after all.

"We must take care of everything before takeoff," Beckenbauer said. "Unless it's really urgent. In that case we have to land in some forest and then go up again. It's happened before. It sure did."

It's usually a simple life for the folks in the rural Bavarian hamlet of Glonn. But an unexpected visit from a certain infamous socialite gave their town a dose of celebrity. (May 12, 2006)

Happy Birthday to 'The Kaiser'

As German soccer legend Franz Beckenbauer turns 60 on Sunday, Germany is honoring him for his accomplishments both on and off the pitch. (Sept. 11, 2005)

Offsides from the Fringe