British school children visit the battlefields in Flanders, while the anniversary of the 1918 armistice is a national holiday in France. In Germany, however, World War I was all but forgotten. Until now. 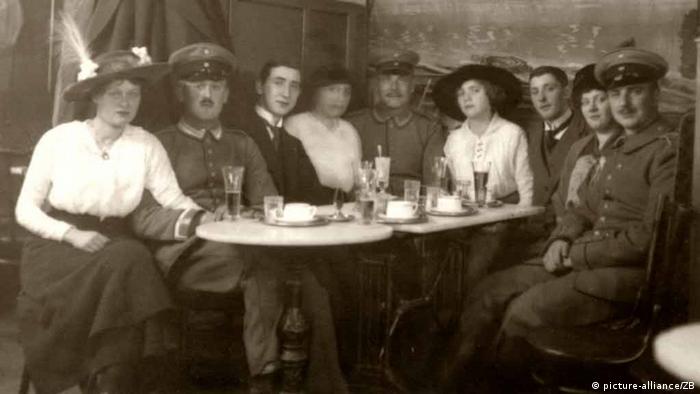 Three of Dan's great-grandfathers fought in World War I. Hugh's grandfather spent his first day at the front dragging frozen bodies from the battlefield. Emily's great-grandfather, a military doctor who was awarded the Victoria Cross for saving injured soldiers in no man's land, was shot by snipers. The mother of Baroness Shirley Williams lost her fiance shortly before Christmas.

On the website of London's Imperial War Museum, Britons of all ages talk of their connection to World War I. The video, which is soliciting donations for the museum's World War I exhibition, shows the horrors of the Great War that are rooted deep in the UK's personal history.

For many Germans, however, it's difficult to make this personal connection. Here, another historical question takes precedence: Was grandpa a Nazi? 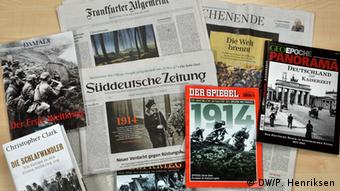 WWI may be overshadowed, still it has been all over the media in Germany this year

In Germany, many children and grandchildren are more concerned with whether their ancestors collaborated with Adolf Hitler's National Socialists, whether they were perpetrators, victims or simply blind followers. The story of Jennifer Teege shows to what extent a person's past can remain hidden. The child of a German mother and a Nigerian father, Teege's life was turned completely upside down when she found out that her grandfather was the infamous Nazi war criminal Amon Göth, a former commander at a concentration camp.

Teege's story shows how the collective memory of World War I has faded into history in Germany, overshadowed by the even greater horrors that followed: Nazism, World War II, the Holocaust and the Cold War - all originating in Germany.

Unlike in England or France, where the democratic political systems were largely stable throughout the 20th century, German history has been marked by instability. Since 1914, the country has been governed by five completely different structures: the German Empire, the Weimar Republic and the Nazi dictatorship, then the two antagonistic German states split into East and West. Reunified Germany has only existed for the last 25 years, making it a relatively young democracy.

No other country in western Europe has experienced such dramatic change. But many of Germany's eastern neighbors, such as Poland, Russia and the Balkan countries, have seen similar turmoil, which has led to what German political scientist Herfried Münkler calls a "west-east downward gradient" of Europe's cultural memory.

Unlike the Belgians or the French, the Germans did not directly experience the horrors of World War I at home. For many people in the Empire, the only contact with the war was a sober death notice or censored postcards from the front. The terrible bombing raids and evacuations of World War II, which hit Germany hard, also repressed the memories of the trenches and battlefields of the Great War. 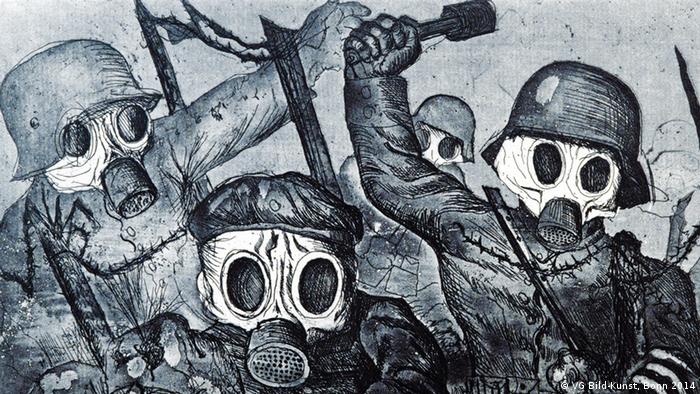 The horrors of battle played an enormous role in German postwar art, like in this etching by Otto Dix

Searching for the cause

However, many war memorials and veterans' associations in Germany still bear witness to the fallen soldiers of World War I. And for more than half a century, German academics have been intensively analyzing who was responsible for the conflict. Fritz Fischer, a Hamburg historian, underscored with his controversial thesis Germany's responsibility for the outbreak of the war. His findings, published in 1961, stressed Germany's primary responsibility for the outbreak of World War I and set off a lasting international debate.

As the centenary commemorations get under way this year, a number of new volumes on the war have been published and the question of war guilt has once again been pushed into the background. Due to the many sources and perspectives, it will never be possible to come to a clear conclusion. Instead, the causes of the war have now become the focus.

In Christopher Clark's "The Sleepwalkers," the Australian historian writes that World War I was the result of a tight sequence of events and decisions that could have been avoided. In "Der Grosse Krieg" ("The Great War"), Münkler describes in detail the events of the war years from 1914-1918 and outlines what today's politicians could learn from that time - for example, ensuring that regional conflicts don't end up spiraling out of control.

A search for answers

As the 100th anniversary of the war draws closer, public interest in the conflict has increased. A recent survey has shown that young people in Germany want to go beyond what they have learned about the war in school.

More and more, the war's many facets are coming to light. At the German Art and Exhibition Hall in Bonn, a recent exhibition highlighted the effects of the war on the avant-garde art movement in Europe. Newspapers, magazines and websites have presented countless articles and first-hand accounts. 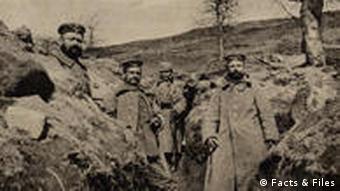 The most interesting initiatives have gone beyond national boundaries. The website Europeana 1914-1918, for example, presents a collection of documents and personal memories from 11 European countries. The European Film Gateway has provided historical footage from World War I on its site since 2012.

But Germany has been far more restrained when it comes to major national events commemorating the centenary. World War I has not contributed to the country's national myth - and it's certainly not a reason for celebration.

Many publications and projects are helping to assemble the puzzle pieces of the various national perspectives into an international panorama of World War I. Much like the astronaut who can only see the entire Earth from a great distance, historians must also step back to clearly see the many interdependencies and relationships that led to one of history's deadliest conflicts.