Germany′s Foreign Ministry was complicit in Holocaust, study says | Germany | News and in-depth reporting from Berlin and beyond | DW | 24.10.2010

Germany's Foreign Ministry was far more involved in the murder of millions of Jews than previously thought, according to a government study. The findings contradict claims that the ministry disapproved of the Nazis. 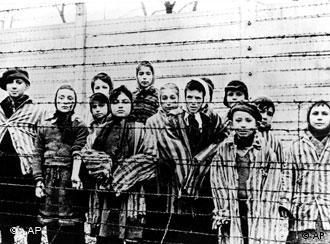 A report to be published this week reveals that diplomats actively assisted the Nazis in their campaign of genocide against the Jews, contradicting post-war attempts to portray Germany's wartime Foreign Ministry in a positive light.

"The Foreign Ministry actively supported all measures of persecution, rights deprivation, expulsions and the Holocaust," Eckart Conze, one of four historians asked to investigate the role played by the ministry in the Holocaust, told the German newspaper Frankfurter Allgemeine Sonntagszeitung.

"The Foreign Ministry was actively involved in every operation to persecute, strip away the rights of, expel and exterminate the Jews from the very beginning," Conze said.

Conze said post-war claims that officials within the ministry had resisted Nazi policies were untrue. In fact, he said, the ministry had often been proactive in its efforts to carry out the will of the Third Reich leadership.

The study, commissioned in 2005 by former German Foreign Minister Joschka Fischer, looked at the activities of ministry between 1933 and 1945. The panel of historians is due to present its full findings later this week. 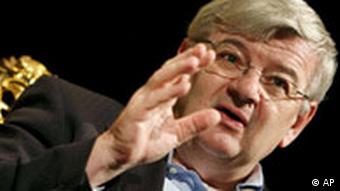 Fischer was quoted by the newspaper as saying that he was "horrified" by the level of support and advice offered by the ministry to help war-crime suspects escape Germany after the country's defeat.

"As I read this report, I became more and more shocked," said Fischer.

Among the documents was a paper from the official responsible for Jewish affairs, Franz Rademacher, citing the "liquidation of Jews in Belgrade" as a reason for one of his foreign trips.

The report was praised by current Foreign Minister Guido Westerwelle as "an important work" that would contribute greatly to the ministry's knowledge of its own past.

Westerwelle's predecessor, Frank-Walter Steinmeier, said the fact that it had taken 60 years since the end of the war to begin the inquiry was "incredible."

The American Gathering of Holocaust Survivors and their Descendants also hailed the report, saying it "categorically refuted" previous attempts to sanitize the Foreign Ministry's role in the Holocaust.

"Germany has taken an honest and painful look at its past," said the group's president Elan Steinberg in a statement. "This report is a pointed reminder of the broad cross section of German society and institutions which were implicated in the Holocaust and the brutalities of the Nazi regime." 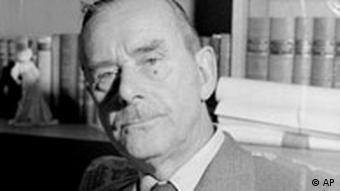 It was also revealed that Ernst von Weizsaecker, who was secretary of state at the ministry from 1938 to 1943, had pressed for the removal of German citizenship from author Thomas Mann in 1936.

Weizsaecker, father of former German President Richard von Weizsaecker, was said to be in favor of the action because of Mann's "hostile propaganda" against the Third Reich.

Weizsaecker, who after the war was tried for crimes against humanity for alleged complicity in the deportation of French Jews to Auschwitz, claimed he had always worked against the Nazis. He was sentenced to seven years in prison in 1949, but died two years later.

The ministry's role has long been controversial because many Nazi-era diplomats continued to work for the ministry after 1945 - many claiming they had always been opposed to Hitler's regime.

Forty-six countries have vowed to increase efforts to return art and property stolen from Jews during the Holocaust. Delegates are to sign a non-binding declaration in the Czech Republic on Tuesday. (30.06.2009)