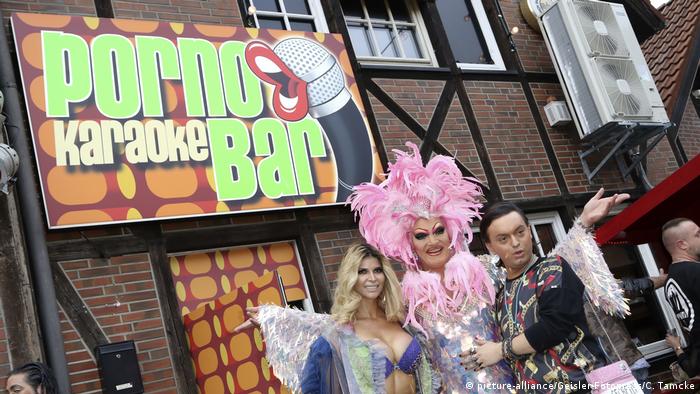 Instead, visitors are invited to go on stage and moan along to clips from pornography films from the 1970s and 1980s as they soundlessly play on screens in the background. Currently, visitors can choose from nearly 30 retro clips.

"It's funnier than I thought it would be," Jones told the Hamburger Abendblatt newspaper on opening night.

"At the beginning, people are reserved and don't dare to try it out, but meanwhile we've noted that we can hardly save ourselves from the guests who are galloping onto the stage," she added.

'We have to fight for freedom of speech'

Not only is the game fun, but it also serves to draw out the shier customers, Jones said.

"I don't want to single out any particular gender, but you wouldn't believe how many big studs are unable to perform when they get up on our stage," Jones told news agency DPA ahead of the opening.

In 2010, Jones also opened up Europe's first strip club that features male performers — and only allows women to enter.

'You can count on us': German footballers join campaign to support gay colleagues 17.02.2021