Once again, the financial world is looking at Germany's Federal Court in Karlsruhe. Judges there are examining whether the ECB is within its mandate - and EU law - in purchasing billions in state bonds. 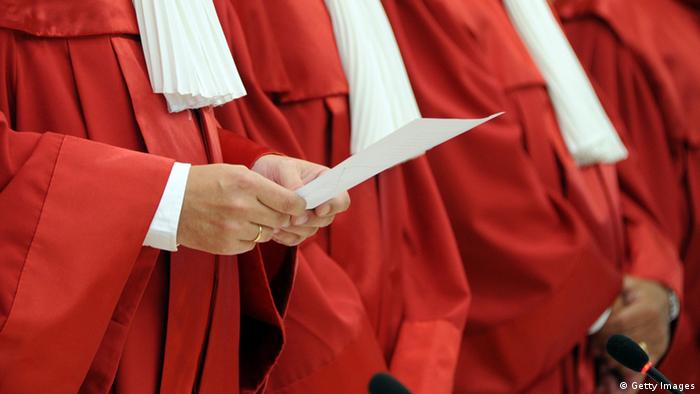 It was the largest constitutional challenge in Germany's modern history. The suit against the permanent euro aid fund, the European Stability Mechanism (ESM), was signed by professors, German parliamentarians and more than 37,000 citizens.

Although the Federal Constitutional Court gave the green light to the ESM in an earlier fast-track decision, in September 2012, Germany's highest judges made no secret of their doubts regarding the path being taken by the European Central Bank (ECB).

Now, in a more substantial trial that began on Tuesday (11.06.2013), the judges arel examining whether the ECB, in saving members of the eurozone, has overreached its original mandate. In something of a pre-trial preview, experts supporting either Germany's central bank or the ECB have already exchanged written blows. What offends the Bundesbank more than anything else is the ECB's Outright Monetary Transactions (OMT) program, decided on in September 2012, which allows the ECB to buy unlimited quantities of sovereign bonds from crisis-hit countries in emergency situations.

In the words of Germany's federal bankers, the ECB would be purchasing "selective bonds of lower creditworthiness," thereby increasing risk. By doing so, they claim, the ECB abandoned its mandate of assuring price stability.

That opinion is shared by economist Joachim Starbatty, one of the plaintiffs against the ESM. "That's not listed as one of the ECB's tasks," he told DW. "In the Maastricht Treaty it says that the task of the European Central Bank is to stabilize the currency - not to stabilize the eurozone."

The Bundesbank and its experts argue similarly, in an opinion delivered to the Federal Constutional Court. It is not the ECB's task to guarantee the current composition of the currency union, says Germany's Central Bank.

No currency, no price stability 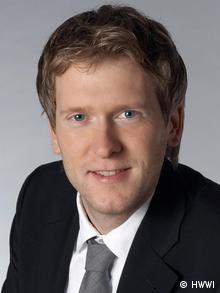 Frank Schorkopf, a European rights activist from Göttingen and the author of the ECB report, also relies on EU treaties - but arrives at a different conclusion. Since the maintenance of financial stability is also one of the ECB's tasks and the purchasing of state bonds works towards exactly that goal, in his opinion it is covered within the scope of the ECB's mandate. In other words: If the existence of the currency is threatened, you can't have stable prices.

According to EU treaties, the ECB is not allowed to take on debt securities directly from eurozone countries, thereby financing those countries. Since the outbreak of the financial crisis, the ECB has amassed bonds to the tune of 200 billion euros ($364 billion).

For Joachim Starbatty, it makes no difference whether bonds are purchased directly from eurozone countries or purchased from banks. For him it's clear that "the European Central Bank is not, by default, allowed to simply buy up bonds," he said.

When it does so, he added, the ECB is in breach of its mandate.

If it all sounds like a legal splitting of hairs, the issue is, at least for German constitutional judges, of the utmost importance. Even during the court's fast-track approval in 2012, it asserted that a purchase of bonds via financial markets would represent a de facto backdoor financing of member states in breach of EU law.

But where Bundesbank President Jens Weidmann warned of a "public financing drug," Henning Vöpel at the WeltWirtschaftinstitut in Hamburg (HWWI) told DW that he had not seen any indication of covert government funding.

"The currency was at stake and financial market stability was endangered," he told DW. "With that kind of backdrop, it was right for the ECB to intervene."

But Vöpel does concede one point to the Bundesbank and other critics of the ECB - namely, that by involving itself in the rescue of the euro currency, the ECB forfeited its independence.

"As soon as it has to permanently intervene, it'll be less independent. And as soon as it becomes less indepdendent, it also becomes weaker." 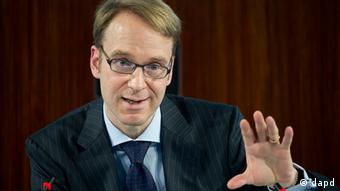 Now it remains to be seen whether Germany's highest court will side with its national central bank or the protectors of the euro. It has made it known, however, that the Bundesbank's opinion is just one of many expert assessments that the court will utilize to make its decision. Henning Vöpel assumes that the opinion of Germany's Bundesbank will be given extra emphasis.

"The ECB in principle was founded, in principle, upon the model of the German Bundesbank," he says, adding that "Germany is the largest national economy in the eurozone."

But if the judges were to rule that the ECB had in fact broken EU law, what would happen next?

Economist Starbatty sees dire consequences. "A completely new situation would begin, and you can't rule out that it would lead to turbulence that would then force individual countries to exit the euro," he said.

For him, though, that wouldn't imply the downfall of Europe, but rather a new beginning. Because then those countries would have another chance to achieve growth and development - with their own currencies.

Cyprus is clearing the last hurdles for money to flow from the European rescue fund, ESM. Five eurozone states now have loans for half a trillion euros. Who pays what and who receives the loans? (08.05.2013)

In an interview with DW, Alenka Bratusek, Slovenia's first female prime minister, explains how she plans to deal with ailing banks and avoid becoming the "next Cyprus" - all without EU help. (02.05.2013)

Tough times for the 500-euro note

Most people have not actually held a 500-euro note in their hands - and they may never, if those promoting its removal from circulation have their way. The banknote has gained a bad reputation due to illegal activity. (06.06.2013)