Germany's coastal lowlands under the shadow of climate change

Much of Germany's North Sea coast is low enough to put it at risk from the waters at its door. Not least in an era of warming temperatures and predicted sea level rise. 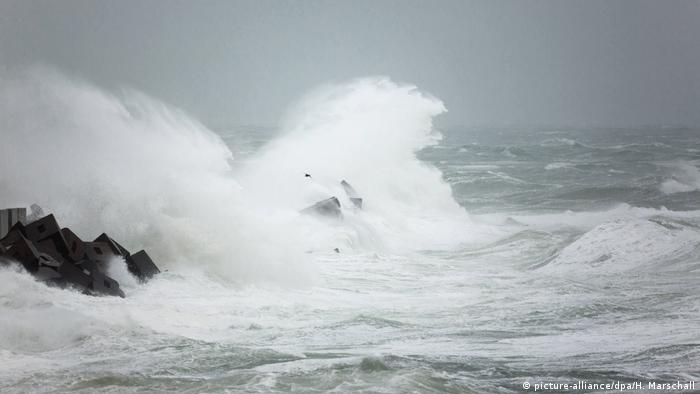 The wind whips threatening clouds across a dark blue sky above the North Frisian island of Pellworm. Petra Feldkamp casts a glance toward a high green dike in the near distance. Directly behind it, the sea rolls and roars. Out of sight, but not out of mind.

Particularly after a summer in which the realities of our warming global climate have been scorched into the German consciousness.

"I think we all take it seriously. When you live here, you see the situation, you feel it," says Feldkamp, whose family has been on the island for generations. "But this is a place of calm, so it doesn't really scare you."

Though she acknowledges that her sense of calm is in large part due to the protective dikes that were recently raised, and without which the island "would drown," she says she feels "totally safe." 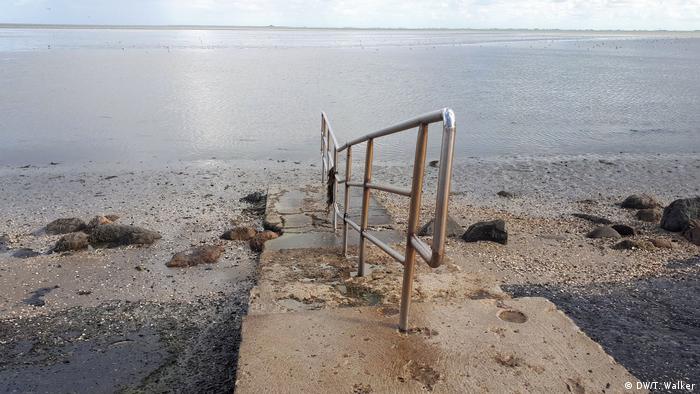 When the sea is calm, so is the sense of living alongside it

For Thomas Langmaack of the northern state of Schleswig-Holstein's agency for coastal defense, national parks and marine conservation (LKN), that's a cause for concern.

Not that he delights in frightening his fellow citizens, but as head of water management, coordination and marine pollution response at the LKN, it's his job to protect people and biodiversity with coastal defenses along Schleswig Holstein's North and Baltic Sea shorelines.

Too close yet too comfortable

It is also his job to foster an understanding among communities inhabiting the 3,900 square kilometers (1,505 square miles) of lowland — some of which was originally sea snared over time through the construction of dikes — of the capricious and sometimes ferocious nature of the waters that swirl around them.

"People have largely become careless," Langmaack said. "They've suppressed it, because there hasn't been a devastating storm surge for several decades."

And because the several hundred kilometers of complex dikes form a wall between them and the sea, they are safer than ever before. 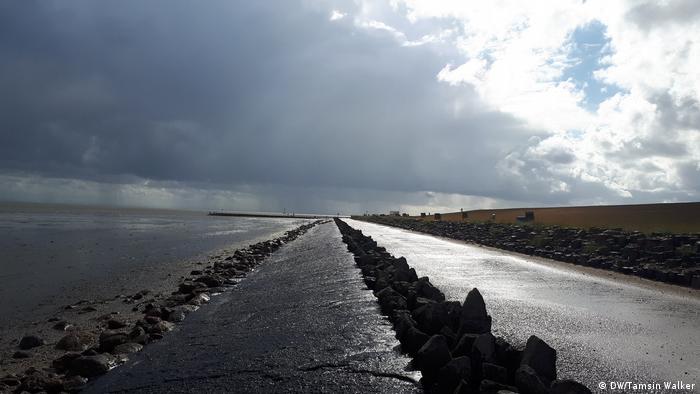 "But even they can fail," LKN spokesman Hendrik Brunkhorst said. "We have to make people aware of the dangers."

The sea rose only 28 centimeters (11 inches) between 1940 and 2007, which is in keeping with recordings from the previous century. But there is a sense of urgency about the need to prepare local communities for the worst, in part stirred by cyclone Xaver, which hit the region in 2013, but also because both sea and storm water levels are predicted to rise within the coming decades.

Planning for the unknown

Besides alerting the population, the agency for coastal defense has been strengthening its fortifications with so-called "climate dikes."

A far cry from the early hand-built clay incarnations that began appearing on the flat northern German landscape around a millennium ago, these precision-engineered giant green slopes are designed to keep the waves at bay in such a way that it would be easy to add a new layer on top if water levels were to suddenly rise much faster than current forecasts suggest.

"We have to look to the future," Langmaack said. "What we have is rising temperatures, and that means rising sea levels, but nobody can tell us how the curve is going to develop, and that makes it very difficult."

"We're genuinely planning for the next 100 years," he continued. 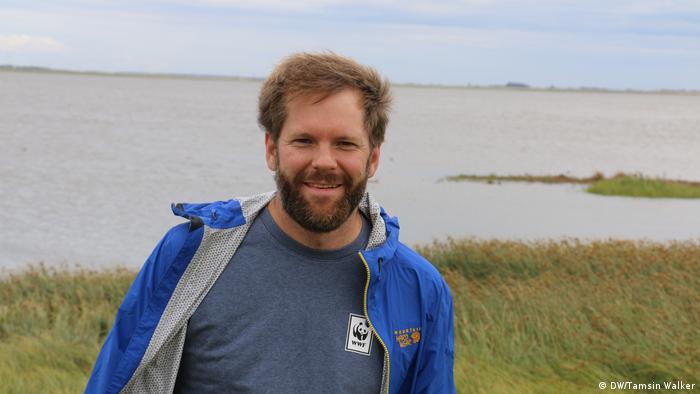 Jannes Fröhlich would like to experiment with returning parts of unfarmed, uninhabited land to the sea

Jannes Fröhlich of WWF Deutschland would like to see Germany, where possible, meet the predicted sea level rise with a controversial practice known as 'managed realignment' under which sections of dike are removed to allow areas of land to be returned to the sea.

Conservationists, planners, trade, industry and tourism representatives in the North Frisian harbor town of Husum devised such a scheme in 2014. But it was ultimately knocked back by residents.

"The question is how much a society is willing to give back? And that will always involve a process of negotiation," Fröhlich told DW. "But there are no noteworthy examples because societal acceptance is too low, or because the majority of the coastal population would prefer to leave things as they are."

That resistance unsettles Fröhlich who believes a similar strategy could help to save the Wadden Sea  — a UNESCO heritage site that stretches for 500 kilometers (310 miles) along the coasts of the Netherlands, Germany and Denmark — from itself.

Formed over hundreds of years by storm tides and the continual, natural depositing of marine sediment, it is the world's largest unbroken system of intertidal sand and mud flats. Laid bare twice a day by low tide, they are rich in easily accessible marine biomass that serves as essential fuel for the millions of migratory birds that stop there annually.

In addition, the salt marshes between the sea and the dikes don't only offer a nesting place for several species of breeding birds, but are home to more than 1,500 species of invertebrates, 350 of which are endemic. 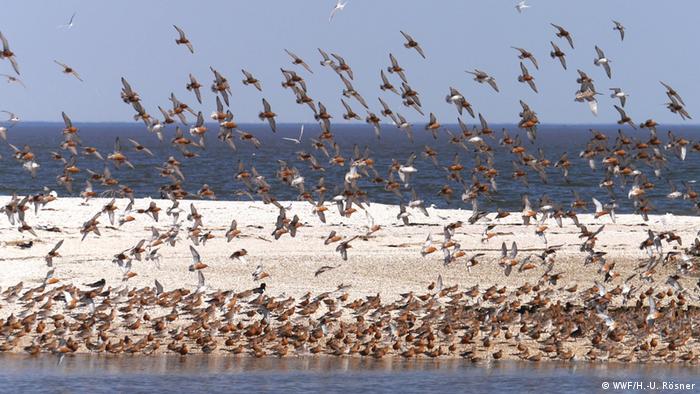 The biosphere reserve has long enjoyed conservation status, but protecting it in the face of climate change is likely to be a monumental undertaking. At the moment, continual sediment deposits allow it to 'grow' at the same rate as natural sea level rise. But if that pace is suddenly speeded up by warming temperatures, the whole system will be knocked out of synch and the mud flats will remain permanently covered.

The gravity of this potential scenario, from conservation, cultural and economic perspectives, has been addressed in a 2100 Strategy for the Wadden Sea, which puts forward solutions such as adding sediment to the sea to stop it from drowning.

As a conservationist, Fröhlich doesn't generally sanction the idea of tampering with nature, but climate change  induced sea level rise could, he says, be grounds enough for an exception.

"I think we underestimate what's around the corner," he said. "I'm worried that large parts of this area will be lost. I really am."

And if that happens, if the Wadden Sea starts to swallow itself, there's a very good chance the sense of calm it instills in those who live with and from it, will sink as well.

A man was up to his neck in water and holding his two sons up when he was saved at the last minute. They had been walking along popular mudflats when they were hit by a freak tide. (14.07.2018)