The average temperature of the North Sea has risen twice as fast as the oceans of the world. The changes are likely to alter the ecosystem and endanger indigenous fish such as cod. 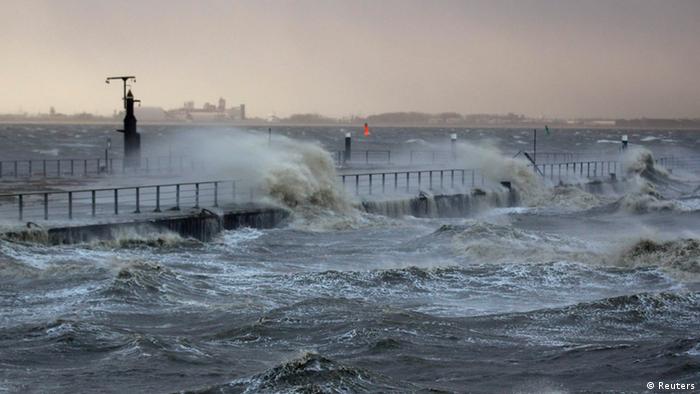 Climate change has caused the North Sea's temperature to increase twice as fast as that of the world's oceans, according to Germany's Environment Ministry.

That is according to an environment ministry response to a parliamentary question from the Green Party, the Neue Osnabrücker newspaper reported on Saturday.

The data is based on assessments up until 2010 from the Intergovernmental Panel on Climate Change and the Alfred Wegener Institutes.

The German government warned that the North Sea's temperature could rise by another 1.7 to 3.2 degrees Celsius by 2100.

Can our oceans be saved?

The temperature increase could lead to the displacement of "indigenous species that fail to adapt," it warned.

"The warming of the sea waters has repercussions for many types of marine organisms. Especially, species that are sensitive to temperature will vanish," the Environment Ministry said.

As a result, cold-water species such as cod are likely to move further north after the degradation of their ecosystems and overfishing already hit populations.

In its place, fish accustomed to warmer waters such as the red gurnard, striped mullet, sardines, anchovies and sea bass are likely to move into the North Sea's once colder waters.

The impact of climate change on marine species also carries implications for fisheries.

The rising sea temperature is also expected to increase the intensity and frequency of storms along Germany's low-lying North Sea coast.