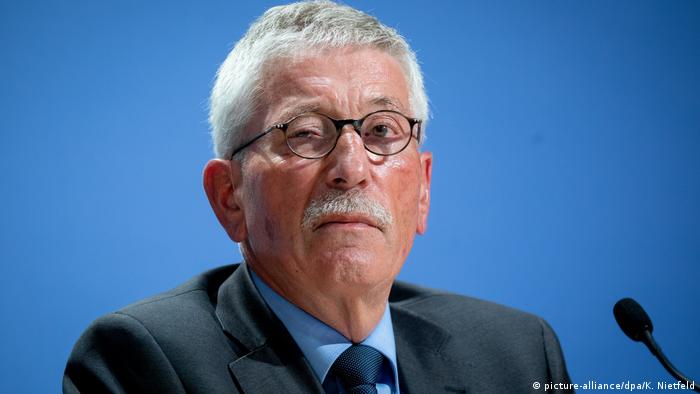 On its third try, Germany's center-left Social Democrats (SPD) will be able to kick controversial anti-Islam author Thilo Sarrazinfrom its ranks, an arbitration court ruled on Thursday. The former Berlin senator intends to appeal the ruling.

"We will try to take the case to all stages of the state and the federal arbitration court of the SPD and, beyond that, if necessary, all the ordinary civil instances of the district court of Berlin, the Court of Appeals and Federal Supreme Court, then the Federal Constitutional Court," defense lawyer Andreas Köhler said. "In the meantime Dr. Sarrazin will continue to be an astute and attentive member of the SPD."

SPD General Secretary Lars Klingbeil welcomed the decision that Sarrazin had met the party's strict criteria for expulsion, after having twice previously attempted it to no avail.

"I expressly welcome this decision," Klingbeil said. "We see that our clear attitudes have been confirmed: With his statements, Sarrazin has violated the principles of the party and done it harm…Racist thoughts have no place in the SPD."

Sarrazin, 74, was the finance senator for the city of Berlin's local government from 2002 to 2009, and a board member for Germany's central bank, which successfully cast him out from its ranks in 2010 after the publication of his first anti-Islam book titled "Germany Abolishes Itself" ("Deutschland schafft sich ab").

In 2018, Sarrazin followed this up with a second book, "Hostile Takeover" ("Feindliche Übernahme").

More than 5% of Germany's population identifies as Muslim, many of them Turkish Germans who have been in the country for several generations.

Sarrazin's second book has been criticized by scholars for what they say is his lack of knowledge of Arabic, theological background, and ability to put Islam in a modern context.

A member of the SPD since 1973, Sarrazin has defended his writings, claiming they are not racist. He has called previous attempts to oust him from the party as "part of an inner-party power struggle" over ideology.

Eight years after his last contentious work, former politician Thilo Sarrazin is back with another controversial take on Muslim culture, "Hostile Takeover." A political science and Islam expert reviews the book for DW. (04.09.2018)