Germany′s atheist refugees: When not believing is life-threatening | Germany | News and in-depth reporting from Berlin and beyond | DW | 20.12.2018

Germany's atheist refugees: When not believing is life-threatening

They do not believe in God and want a life free from religious restrictions: They are atheist asylum-seekers. Not only are they threatened and sometimes killed in their homeland — even in Germany they face danger. 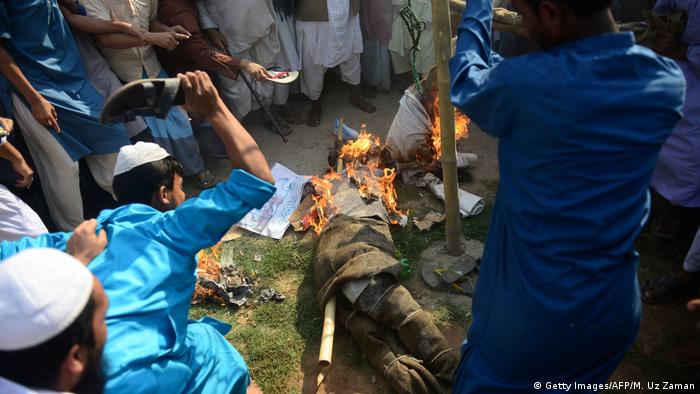 Mahmudul Haque Munshi's name was on a hit list in Bangladesh. After five of his friends and associates were murdered, the authorities warned the blogger: "There's nothing more we can do for you." Munshi had to leave the country in 2015.

First, he fled to Nepal, then to Sri Lanka and finally to Germany. When he reached an arrival center in the western German city of Detmold, he was shocked. There were other Bangladeshis in the center, but they were anything but kind to their fellow countryman.

"The problem is, I get threats every day on Facebook. You know, one day, I got 4,500 death threats!" Munshi says.

And it hasn't stopped there: Munshi is now on a so-called Global Hit List, which names Bengali refugees abroad who are to be killed.

The Atheist Refugee Relief organization supports Munshi. He is one of the 37 recognized nonreligious refugees it has helped since November 2017. The number of those seeking support continues to increase.

For many refugees, the fear of being killed still haunts them even as far away as Germany. Atheist Refugee Relief's volunteers are busy day in, day out protecting women in particular from further persecution here in Germany. 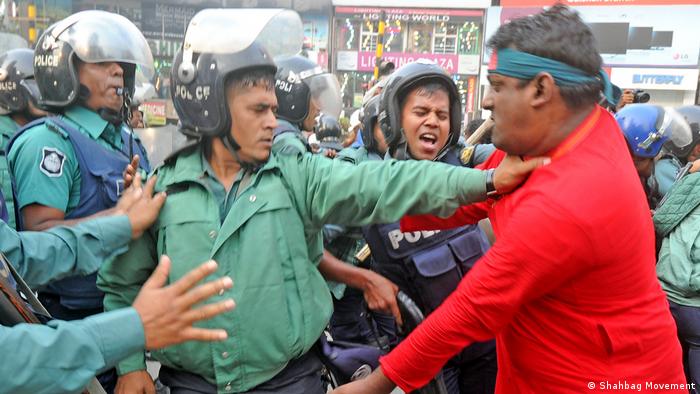 "Conservative Muslims criticize women who go around without headscarves," says Dittmar Steiner of Atheist Refugee Relief. "We are actually dealing with assaults, exclusion, threats and violence.

Thirty-one-year-old Worood Zuhair has experienced this herself. A biologist from the Iraqi city of Karbala, she receives death threats and is under police protection."We will come by in half an hour and kill you," was a recent telephone threat from a male caller. The general message behind the threats is that she should stop provoking the Middle East with her secular social media posts.

Read more: Paying the price for helping refugees in Germany

Zuhair still suffers from extreme back and leg pain after she was beaten unconscious by her brother. The reason? She left the house without her father's permission and expressed doubts about her Muslim faith.

Entrusted to the 'angel of death'

The physical and mental abuse has left Zuhair deeply traumatized. "When your own father gives your soul to Azrael, the angel of death, that is enormously painful," she told DW. "He did it so often. I couldn't take it anymore." 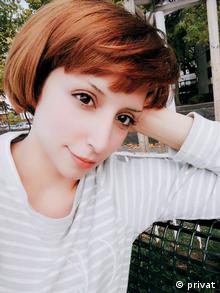 Zuhair has since been recognized as a refugee in Germany. She has learned to talk about her suffering and now stands up for other women who have also experienced violence. She supports the work of the Organization of Women's Freedom in Iraq and works together with human rights activist Mina Ahadi from the Central Council of Ex-Muslims.

Zuhair and Munshi belong to a group of refugees who were and continue to be persecuted because of their renunciation of the Islamic faith. For both of them, their questioning of God became a matter of life and death.

Munshi attracted the wrath of Islamists when he founded the Shahbag movement in his home country in 2013. The movement called for the punishment of those responsible for war crimes committed when Bangladesh fought for its independence against Pakistan in 1971. Roughly 3 million people died during that war.

In Bangladesh, Munshi achieved significant notoriety; his blog had 500,000 followers and 1 million people took to the street when he called for protest via his "Blogger online activist network."

"It was wonderful, a dream," Munshi says as his eyes light up. 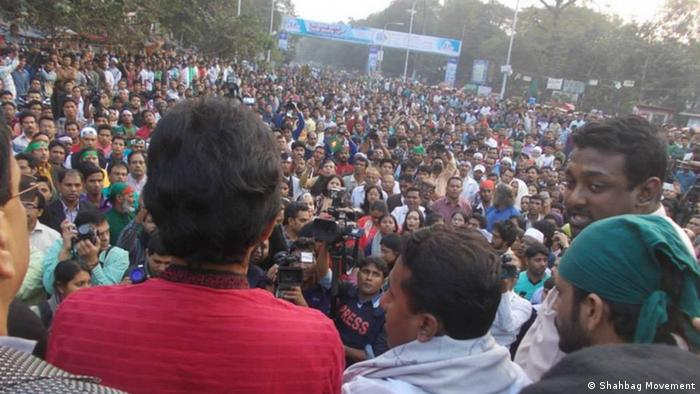 However, that dream ultimately turned into a nightmare. With the mass demonstrations came death threats. His opponents argued that the movement was un-Islamic and led by atheists. A systematic hunt for Munshi and the leaders of the Shahbag movement began.

It might not seem so at first glance, but atheist refugees are not necessarily struggling against Islam. They are fighting for freedom from religion, for the right to question teachings and traditions, for the rights of women and of minorities, for the right to lead a life without religious restrictions.

Atheists are still a minority around the world. According to the Global Index of Religion and Atheism, a Gallup survey conducted in 2012, 13 percent of the world's population identifies as atheist. In Saudi Arabia and the United States, that figure is 5 percent, in Germany 15 percent and in China 47 percent.

The plight of atheist asylum-seekers gets little attention in German refugee policy. According to a statement by the country's Federal Office for Migration and Refugees (BAMF), "Origin from a particular country or a particular reason for fleeing, such as religious affiliation or atheism, does not automatically lead to a protection status." 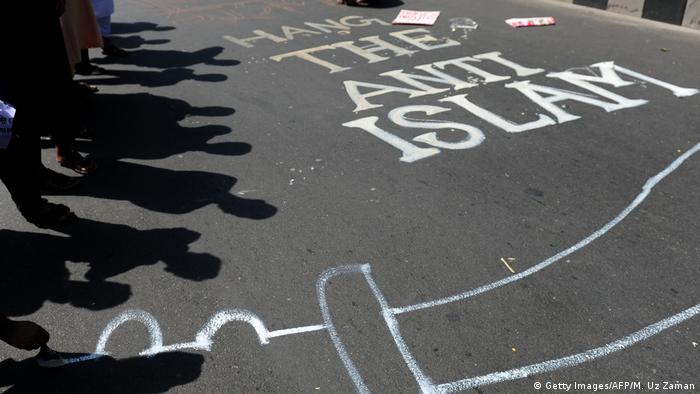 Around the world, atheists continue to face persecution

So far, the legal and political struggle for the recognition of atheism as a reason for asylum is mainly being fought by organizations that specifically deal with the issue. These include the Giordano Bruno Foundation, the Heinrich Böll Foundation, and the Freedom from Religion Foundation and Freedom House in the US.

At the political level, lobbying for the cause has been rather slow in Germany. At least that is the view of the International League of Non-Religious and Atheists and the Atheist Refugee Relief organizations.

Atheist Refugee Relief's Dittmar Steiner is convinced this will change. "The number of people affected is increasing," he says. "A year ago it was two to three requests a week — now it is between seven and nine a day."