This year's edition of the world's biggest industrial technology fair will give visitors glimpses into the factories of the future. German Chancellor Angela Merkel used her opening speech to issue a stark warning. 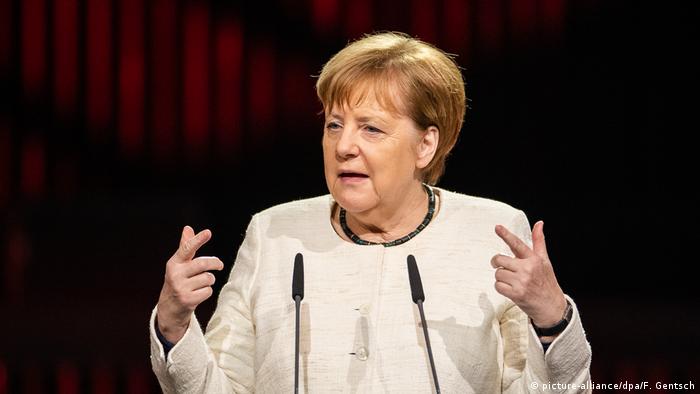 German Chancellor Angela Merkel warned Sunday in a speech to mark the opening of the Hannover Messe that the EU needed to become more competitive in next-generation industrial technologies.

"I'm not entirely sure if we have the foundation necessary for us to compete globally," she said, adding that "Europeans need to act together and find a common position."

She said the bloc needs to update its rules to confront a global economy in which some countries give their own companies subsidies and other competitive advantages.

Read more: 'Robots and humans will work together'

The European Commission, the European Union's executive arm, would make proposals later this year on how to bolster the bloc's industrial prowess, she added.

The chancellor herself demanded reforms to EU competition policy and the creation of an EU industrial policy to keep Europe competitive.

At the same time, she rejected criticisms that her government was too keen on state intervention in the economy.

"It is right that the state never thinks that it can do a better job than private businesses," she said.

Read more: A sneak peek into the future of robotics

During her speech, Merkel also called for a quick agreement on a US-EU free trade deal and announced closer collaboration with Sweden, the 2019 fair's official partner country, in the development of artificial intelligence and battery technology.

This year's edition of the world's largest industrial technology fair features some 6,500 exhibitors from 75 countries and will focus on showcasing machine learning, human-to-machine communication and superfast 5G mobile networks.

More than 220,000 visitors are expected to descend on the fair before it ends on Friday.

Coronavirus: Home tests will give Germany 'more freedom' 5h ago