In what the judge described as a "historic" case, a woman has been found guilty of sexual assault after poking holes in her partner's condoms without his knowledge or consent. 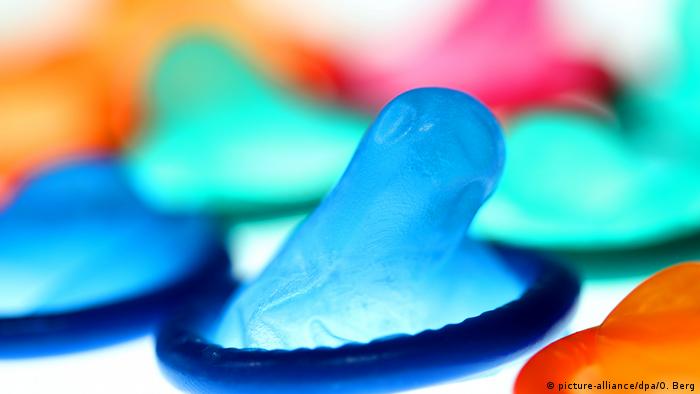 A court in western Germany found a woman guilty of sexual assault and handed her a six-month suspended sentence for purposefully damaging her partner's condoms, German media reported.

In handing down the ruling, the judge said the unusual case was one for Germany's legal history books — representing an instance of criminal "stealthing," but this time carried out by a woman.

The ruling was handed down at a regional court in the western German city of Bielefeld, local newspaper Neue Westfälische and the mass-circulation Bild newspaper reported on Wednesday.

The case concerned a 39-year-old woman who was in a "friends with benefits" relationship with a 42-year-old man. The two met online at the beginning of 2021 and began a casual, sexual relationship.

According to the reports, the woman developed deeper feelings for her partner but knew that he didn't want to be in a committed relationship.

The 39-year-old woman then secretly poked holes in the package of condoms that her partner kept in his nightstand. She had hoped to get pregnant, but her efforts were reportedly unsuccessful.

The Spread - How to wear a condom

Despite this, she later wrote the 42-year-old man a message on WhatsApp, saying that she believed she was pregnant — and told him that she'd purposefully damaged the condoms.

The man then pressed criminal charges against her — and the woman later admitted to attempting to manipulate her partner.

Why is the case 'historic'?

While prosecutors and the court agreed that a crime had been committed in this case, they were initially unsure which specific charges to levy against the 39-year-old.

After first investigating whether the crime constituted rape, the judge decided a charge of sexual assault was fitting after reading about the crime of "stealthing" while reviewing case law.

"Stealthing" typically occurs when a man secretly removes his condom during sexual intercourse, unbeknownst to his partner.

"This provision also applies in the reverse case. The condoms were rendered unusable without the man's knowledge or his consent," Salewski said in her decision.

"No means no here as well," she added.

Surge in domestic violence during pandemic

Taking unsolicited pictures or videos of the area under a person's skirt or bustline is to become a punishable crime in Germany. However, women's rights advocates warn the move is not enough to put an end to the abuse.