Germany Wary About EU Energy Policy | Germany| News and in-depth reporting from Berlin and beyond | DW | 10.01.2007

Germany reacted cautiously Wednesday to an EU plan to diversify energy sources, raising concerns about the new EU president's ability to tackle the issue in the 27-member bloc. 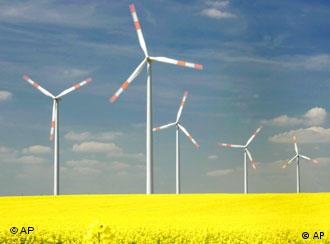 The German government, which assumed the six-month European Union presidency last week and has made fighting climate change one of its priorities, said it was largely in favor of the EU's objectives even if it was not yet sure about how to achieve them.

German Chancellor Angela Merkel's government is split on energy and climate policies, making it hard for her cabinet to fully endorse the EU energy security plan.

In particular, one aspect of the EU's energy strategy -- a Commission order to cut CO2 allocations to industry for the 2008-2012 period to 453 million tons from their 465 million ton target -- remains controversial.

While German Environment Minister Sigmar Gabriel is in favor of the Commission's quotas on greenhouse gases, Economy Minister Michael Glos told reporters on Wednesday he could not rule out legal action against the Commission. Glos has criticized Brussels for the CO2 emissions targets that he says would hurt German firms.

"Economic growth will not help us if our environment is at risk but we need to achieve these objectives in a way which does not impinge on our competitiveness," Glos said. 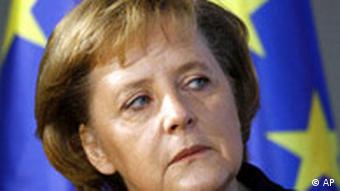 Merkel's Christian Democrats (CDU) and its coalition partner, the Social Democrats (SPD), are also at odds on nuclear power.

While the SPD remains committed to a phase-out that will see all nuclear plants shut down by 2020, the CDU is in favor of extending their life spans.

Merkel on Wednesday reaffirmed that she was personally in favor of extending the use of nuclear power.

"We get one third of our electricity from nuclear energy and if we want to phase out nuclear by 2020 then we either need to replace these sources or find energy savings," Merkel said. "Those that say we don't want nuclear energy need to play a role in coming up with the answers."

The gas industry federation BGW was angered by Brussels' proposals to compel big energy companies to unbundle their supply and generation businesses from their network operations.

The Commission was "fundamentally questioning the companies' rights to ownership of their networks," BGW said in a statement. BGW President Michael Feist warned that there was a danger, if companies felt their networks would be expropriated by the state, that companies would not invest in those networks. 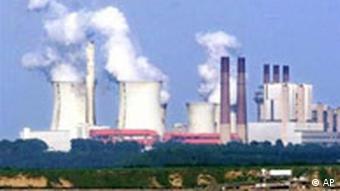 "That will lead to a deterioration of the quality of supply," Feist argued.

"The Commission is now talking about unbundling ownership and we need to verify first whether this is compatible with the constitution," Glos said, adding that Germany would not "take any hasty steps."

For others, some of the EU measures didn't go far enough.

"The EU Commission hasn't the courage to lay down binding and clearly defined regulations," the head of BEE Federation for Renewable Energy Sources, Milan Nitzschke, said in a statement.

"We're currently seeing just how fatal the EU's dependence is on energy supplies from Russia. If once again, no clear strategy is drawn up to expand renewable sources of energy, that will spotlight the shortcomings of European energy policy," Nitzschke said.

The BEE urged the government to push for an ambitious goal of making renewable energy sources account for 25 percent of all energy production by 2020, instead of the 20 percent targeted by Brussels.

"Only in this way can the EU's greenhouse gas emissions and the bloc's dramatic dependence on oil and gas imports be reduced," the statement said.

Nuclear Power in Germany: A Chronology