Bastian Schweinsteiger starts for Germany against France but can he cope with Paul Pogba's energy? And will N'Golo Kante deal with Mesut Özil? Here are the five duels that will define Thursday's Euro 2016 semifinal. 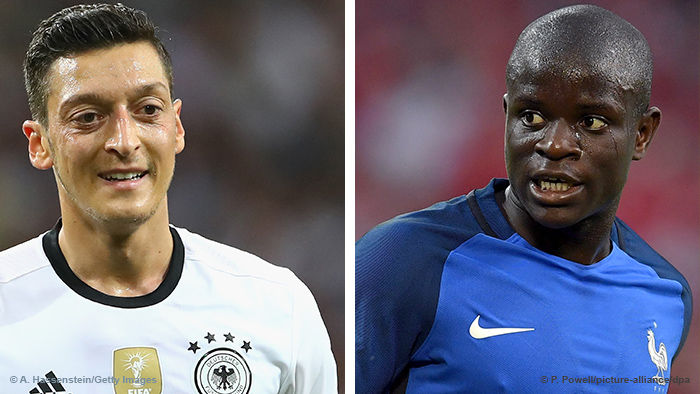 Leicester’s Kante missed France’s demolition of Iceland through suspension but is expected to return to the side on Thursday. He may well be tasked with nullifying the threat of a fellow Premier League man Mesut Özil.

Kante has impressed for the English champions and France with his disciplined, energetic and composed performances and enables Pogba greater freedom to roam.

For his part, Özil has enjoyed a mixed tournament. His opening goal against Italy was followed by a miss in the penalty shootout after a missed spot kick in Slovakia topped off an underwhelming display. But against Northern Ireland in the group stages, the playmaker excelled, recording a 99% pass completion rate and creating six chances. If Özil can escape Kante’s attentions, he could be decisive. 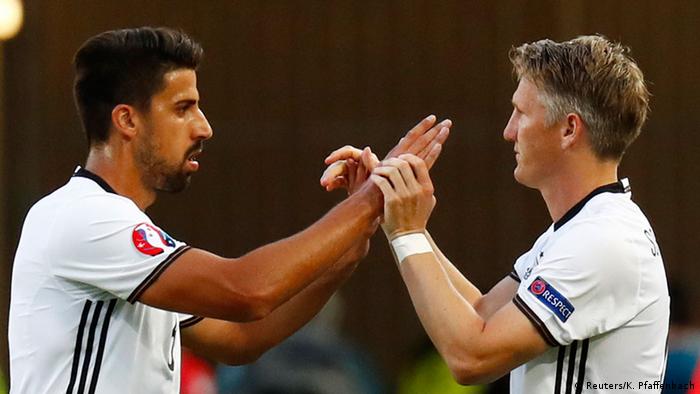 With the center of midfield set to be a key battleground, Joachim Löw’s choice of replacement for the injured Sami Khedira is certain to have a big impact. Schweinsteiger, Germany’s captain, replaced Khedira in the quarterfinal and, despite injury concerns, Löw confirmed on Wednesday that he will start against France.

The coach cited Schweinsteiger's experience as the biggest factor in his selection but the Manchester United man is lacking both match sharpness and pace. The latter could be a real problem against a player as dynamic as Pogba and Schweinsteiger and midfield partner Toni Kroos will need to retain possesion well to limit the Juventus man's threat. Pogba blows hot and cold but can be devastating on his day. 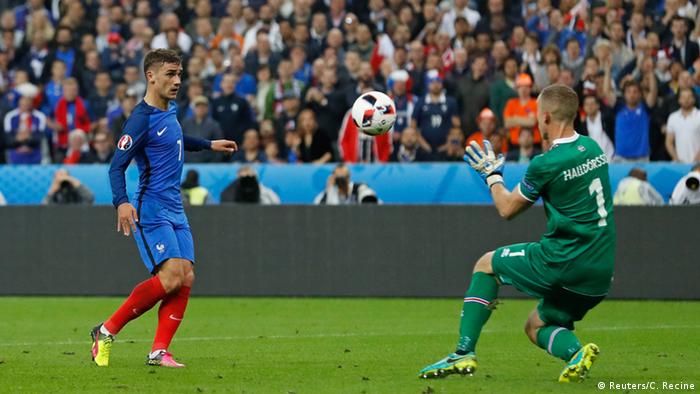 "Griezmann is a very decisive player," said Germany team manager Oliver Bierhoff on Tuesday. If anything he may be understating the case. The tournament’s top scorer has turned in some outstanding displays, not least in his side’s quarterfinal win on Sunday, where his delicate scooped finish spoke of a player high on confidence.

Although he played more centrally in the Iceland game, Griezmann may well play wider against Germany, with the return of Kante likely to change France’s shape. The Atletico Madrid man often swaps positions with Dimitri Payet but France coach Dider Deschamps may look to match him up with Bayern Munich’s Joshua Kimmich, a player who only made his international debut in May.

Kimmich struggled defensively at times against Italy and the converted midfielder’s natural urge to get forward could prove costly, particularly if Germany revert to a four man defense against the hosts. 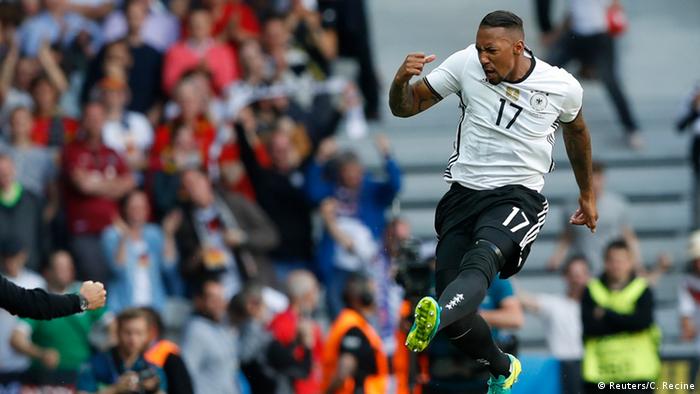 Without his regular international defensive partner Mats Hummels, suspended for the semifinal, Boateng will be forced to take on extra responsibility. That’s rarely been a problem for the Bayern man, who has only Italian challengers for the unofficial title of the tournament's best defender.

An otherwise commanding tournament from Boateng was marred somewhat by the senseless handball that handed Italy the chance to equalize from the penalty spot and he’ll be keen to make amends against a striker who may have played his way in to form.

Giroud has come in for some criticism for both club and country after a lack of goals but his well-taken brace against Iceland in the last round should see his confidence soar. The Arsenal man is strong in the air and with his back to goal. If he can hold off Boateng and bring Payet, Griezmann and Pogba in to play, France will be confident of victory. 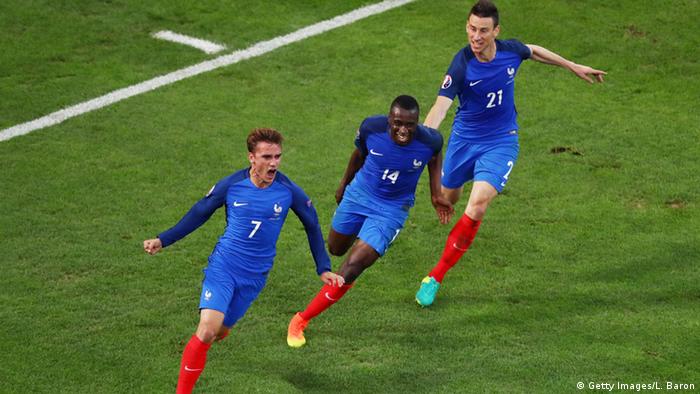 Löw’s introduction of Mario Gomez into the starting line up in the third group game provided Germany with a focal point that they will now lack following the injury that puts him out of the tournament. With no obvious alternative for Gomez’ classical interpretation of the striker's role, Löw is likely to look to Mario Götze, who started the tournament up front or Thomas Müller. Neither have a goal in the tournament.

If the German coach opts for Müller, the Bayern man may trouble Koscielny with runs in behind, whereas Götze often looks like exactly what he is – an attacking midfielder trying to play up front – and drops deep. The French center back will be happy to keep either player in front of him, with neither German adept with their back to goal.

All the talk this tournament has been of a new German generation. But in Wednesday's semifinal, it was veterans Svenja Huth and Alexandra Popp who combined to fire Germany past France and set up a final against England.