Germany to offer ′voluntary return′ incentives for asylum seekers | Germany | News and in-depth reporting from Berlin and beyond | DW | 09.12.2016

The German government is to spend 150 million euros on incentives for asylum seekers to return home voluntarily. But refugee organizations say the plans are unrealistic - and merely a placebo for voters in Germany. 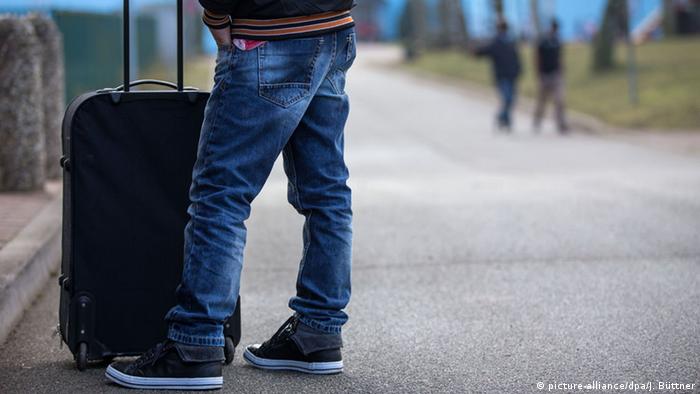 The German government has come up with a new way to remove as many asylum seekers from the country as possible. The Development Ministry is to invest some 150 million euros ($161 million) in a new program to encourage asylum seekers to return home.

"We're going to make 50 million euros available every year for the return program," Development Minister Gerd Müller told the "Augsburger Allgemeine" newspaper. The program, entitled "Perspektive Heimat" (literally: "prospect home"), is to be aimed at immigrants who are considered to have no chance of receiving asylum under Germany's immigration laws, which have been tightened by Angela Merkel's government in a series of legal packages over the past year.

The ministry's plan, outlined in a document revealed to the paper, argues that many people from Iraq, Afghanistan and the Balkan regions have shown a willingness to return voluntarily. The money is supposed to give them the security to show that "Germany will remain their reliable partner after their return and make a new start easier," Müller said.

"We can offer education, training, jobs, and existential support," he added. "The refugees won't be returning as losers." 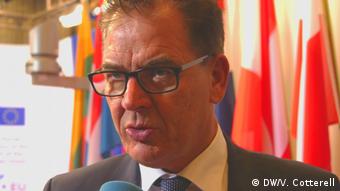 The minister also promised that the program would be cheaper than long asylum procedures in Germany. "We have to approach these people in our own interests, instead of being stuck for years in our procedural bureaucracy," he said.

Günter Burkhardt, director of refugee rights organization Pro Asyl, called the ministry's plans a "placebo" that was mainly aimed at the "voters in Müller's home state of Bavaria."

"If we're talking about Afghanistan, where there is armed conflict in 31 out of 34 provinces - if people return there they will find themselves in a destroyed country where several hundred thousand people are also currently being forced to return from Pakistan and Iran," he told DW.

The ministry itself was reluctant to add any more details on Friday, since the program is only due to be formally presented next week, but a spokesman underlined that it would not only be a development ministry program - but would be organized along with other institutions. "It's all things that are still in discussion," a spokesman told DW.

The German government has already set up centers in other nations - in Albania, Serbia, and Kosovo - which offer information about legal migration opportunities and job training and education. "These information centers do already exist, but that is going to be expanded, especially in countries in Africa, for example," the development ministry spokesman said.

"There are a whole set of people who have no possibility of gaining asylum status here," the spokesman added. "For these people there is an offer of support. And what our ministry does is to make people offers in their own countries. There are job training schemes in Egypt or in other African countries." 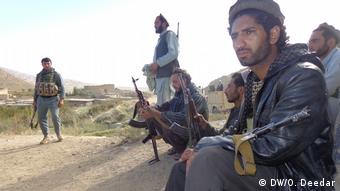 There is armed conflict in 31 of 34 Afghan provinces

"It leaves a bitter taste - they're trying to throw sand in the eyes of people using money," Burkhardt said, before pointing out the increased dangers that returnees often face. "Now Müller is saying, 'it's about education, training, and jobs,' the threat situation is being completely ignored."

Burkhardt also accused the government of "blackmailing" developing countries by using development aid to force them to take people back. The few hundred euros that voluntary returnees might get, meanwhile, will "hardly be enough for most of them to start a new life back home."

Voluntary returns are the easiest way for Germany to get rid of asylum seekers, since deportations and redistribution programs around Europe's Schengen area - as stipulated in the Dublin regulations - rely on more complex international agreements.

According to figures from the Federal Office for Migration and Refugees (BAMF) and published in "Die Welt" newspaper, Germany made 40,000 Schengen applications between January and September this year, but only 2,860 people could be moved.

In Germany, scrambling to accommodate ever more refugees

Germany is set to receive a record number of asylum seekers this year - at least 650,000. As communities struggle to accommodate them, some have begun to question the country's asylum policies. (18.08.2015)

Finance Minister Wolfgang Schäuble's 2016 budget address in parliament has prompted opposition demands that Germany boost its aid spending in refugees' countries of origin. Schäuble again said he would not go into debt. (08.09.2015)