Germany to force Facebook, Twitter to delete hate speech | Germany | News and in-depth reporting from Berlin and beyond | DW | 14.03.2017 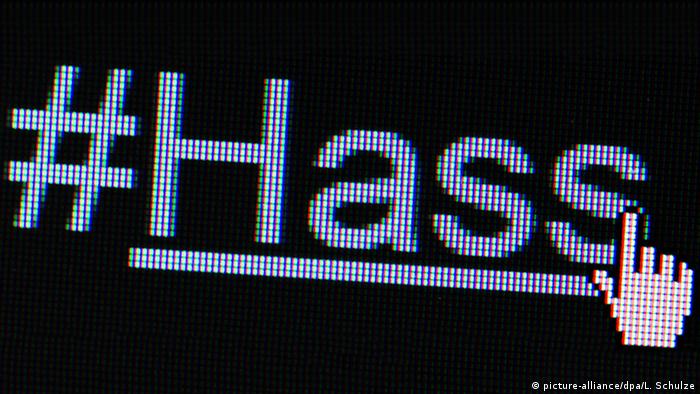 A surprise awaits Germans searching for racist videos on YouTube: pre-roll "ads" that aren't ads at all. They show refugees refuting lies and telling their own story, and they're part of a guerilla-style campaign. (22.04.2016)

German Justice Minister Heiko Maas has revealed details of a new plan to curb hate speech and fake news on social media sites. The ministry is planning a new law that will force social networks to publish a quarterly accountability report, which will include information on the number and qualifications of employees responsible for deleting and blocking content that breaches Germany's hate speech and slander laws.

The companies will then immediately have to check the complaints and delete all illegal content within seven days - while any content deemed "obviously illegal" must be deleted within 24 hours. The complainant must be also informed of the result of their complaint.

Violating these regulations could lead to a fine of up to 5 million euros ($5.3 million) for the individual employee responsible for the complaint procedure, and up to 50 million euros for the company itself, according to the bill drafted by the Justice Ministry.

The new measures come two years after Maas' department created a task force to crack down on "illegal hate speech on the internet," which initially attempted to collaborate with Facebook and Twitter to get them to regulate content. 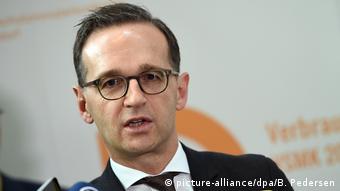 "The self-commitments of the companies led to initial improvements," Maas said in a statement issued Tuesday morning. "But these are not sufficient. Too few comments are deleted. And they're not being deleted quickly enough."

The minister backed up his statement with the results of a test, also published on Tuesday, which showed that social media sites were still failing to delete hate speech content in Germany.

The test, carried out in January and February this year, found that Facebook only deleted 39 percent of offensive content reported by users - seven percentage points down on the first test from July and August 2016.

Twitter fared even worse, with only 1 percent of content reported by users deleted (no change on last year's test), while YouTube showed a massive improvement - a 90-percent deletion rate compared to only 10 percent last August.

The test was conducted by the child protection organization Jugendschutz.net and financed jointly by Germany's Justice and Family Ministries. Despite the overall criticism, Jugendschutz.net acknowledged that Facebook and Twitter generally offered good opportunities to report content.

But Facebook in particular has often failed to delete offensive material. In 2015, a Facebook group called "Berlin defends itself" posted the famous image of the body of Aylan, a three-year-old Syrian refugee, who was found dead on a Greek beach, with the caption: "We don't mourn it, we celebrate it!" This post stayed online for a long time, and Facebook only took it down after the press drew attention to it and criminal proceedings were initiated.

Comments with content like this is often illegal - slander, insults, and racism are not covered by freedom of speech rights. Public statements that insult individuals or social groups and incite hatred or violence towards them can even carry five-year prison sentences, though fines of a few thousands euros are more usual in such cases. Many politicians have called on social networks to take some responsibility for such posts.

"Hate and incitement endanger cohesion in our country and are poison for society," Family Minister Manuela Schwesig said in a statement about the latest social network test results. "It's unacceptable that companies make huge profits from social networks and at the same time slink away from their responsibility in fighting messages of hate."

"In a lively democracy, freedom of speech can also protect repugnant and ugly statements - even a lie can be covered by freedom of speech," said Maas. "But freedom of speech ends where the law begins. There should be just as little room for incitement and slander on social networks as on the street."

But some lawyers said that, despite the show of determination from the minister, the new bill gave little new substance to German law. Würzburg-based lawyer Holger Loos said it offered no new protections for personal rights. He argued that Anas Modamani, the Syrian who sued Facebook over the slanderous use of his photo on fake news stories, would have stood no better chance of winning under the new law.

Prominent media lawyer Christian Solmecke agreed. "A lot of this suits the current legal requirements," he told DW by email. And yet the new rules would put the onus on social networks to find further copies of illegal content themselves. "For Facebook, the situation would change dramatically, because in the future Facebook would have to actively search for other illegal content and then delete that immediately. Up until now, those affected had to do that themselves and report each content individually to the companies."

But for Loos, "the bill just doesn't go far enough - it should be applicable to all personal rights." As far as Loos could say, what this bill offered was extra sanctions - in the form of fines - but no extra legal restrictions. "The obligation to delete was always there, they just hardly ever did it," he said. "You could of course sue Facebook to remove content, but obviously individuals don't really like to do that with companies worth billions of dollars. Now they have these fines of millions of euros, it might motivate them a little more."

But for Solmecke, the new proposals were nevertheless groundbreaking: "Should the bill be passed as it is, Germany would be the first country in Europe to introduce such clear legal guidelines."