Germany will step up its contributions to the UN Palestinian agency following US cuts earlier this year. Foreign Minister Heiko Maas said the loss of the UN agency "could unleash an uncontrollable chain reaction." 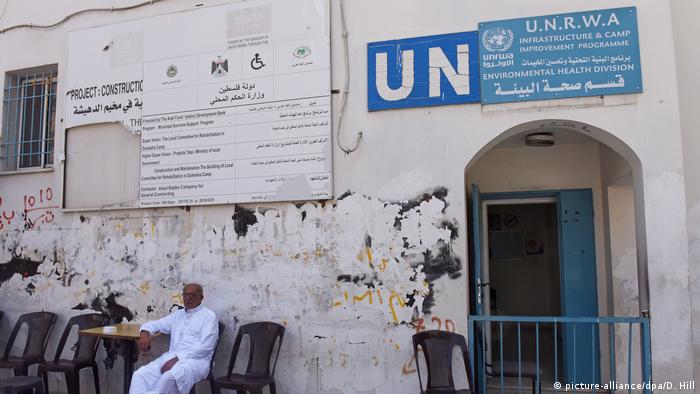 The German government on Friday said it will significantly increase its funding for the UN agency that supports Palestinian refugees after the United States cut its contributions, according to letters seen by news agencies.

"We are currently preparing to provide an additional amount of significant funds," Foreign Minister Heiko Maas said in a letter to European Union foreign ministers.

So far this year, Germany has provided the United Nations Relief and Works Agency (UNWRA) with €81 million ($94.5 million).

Maas did not reveal how much more Germany would give, but did say it would not be enough to make up the agency's current shortfall of $217 million.

Under President Donald Trump, the US has provided the agency with $60 million (€51.5 million) this year, compared to $365 million for humanitarian aid and projects in 2017.

"It is therefore all the more important that we, as the European Union, jointly undertake further efforts," Maas said, adding that UNRWA plays an important role in the stability of the region.

"The loss of this organisation could unleash an uncontrollable chain reaction," he said.

The US was the UNRWA's biggest donor and the agency has struggled with the lack of funds. The US said it slashed the funding because the agency needed to make unspecified reforms, and called on the Palestinians to renew peace talks with Israel.

Jordan said on Thursday it would lead a campaign to raise funds to help the UN agency survive, including an appeal to the Arab League.

Foreign Minister Julie Bishop said there was concern the PA was financing activities Australia "would never support." Australia will instead send its aid to the UN Humanitarian Fund for the Palestinian Territories. (02.07.2018)

The EU has followed the UN and called for a probe into the deaths of 15 Palestinian protesters in Gaza. The EU's Federica Mogherini said a continuation of "peace talks towards a two-state solution" is needed. (31.03.2018)