A new internet portal for people to report tax evasion has evoked comparisons to East German snooping tactics. The minister who suggested it also received online abuse, including racial slurs. 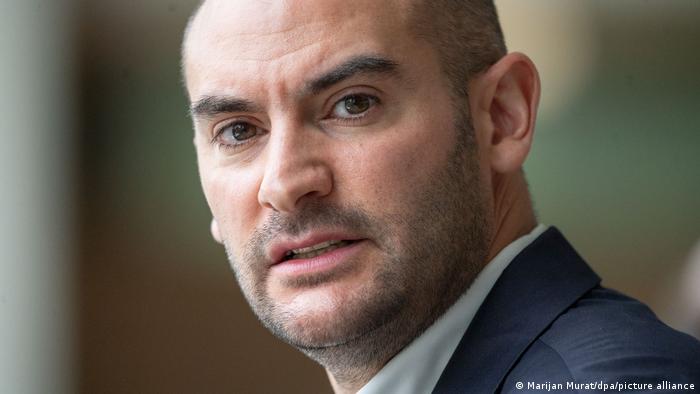 Bayaz, a member of the environmentalist Green party, took office in May

An initiative to clamp down on tax evasion, which stirred Germany's pre-election political debate, has also unleashed a torrent of abuse against the minister who came up with the idea.

The site allows people to send anonymous tip-offs to tax authorities about instances of tax evasion.

However, the suggestion was met with strong opposition from the Greens' political rivals, including Chancellor Angela Merkel's conservative Christian Democrats (CDU) and the pro-market Free Democrats (FDP).

Critics claim it would be a step too far and would encourage ordinary citizens to snoop on one another.

The mass-circulation newspaper Bild went as far as accusing Bayaz of creating a "Tax-Stasi," referring to the East German secret police infamous for its use of friends and neighbors as snitches.

FDP leader Christian Lindner put it in similar terms. "What we don't need is a state incitement to denunciation among neighbors."

Meanwhile, Green party co-leader Robert Habeck said that comparisons with the Stasi trivialized the "dictatorship of the GDR (East Germany)." 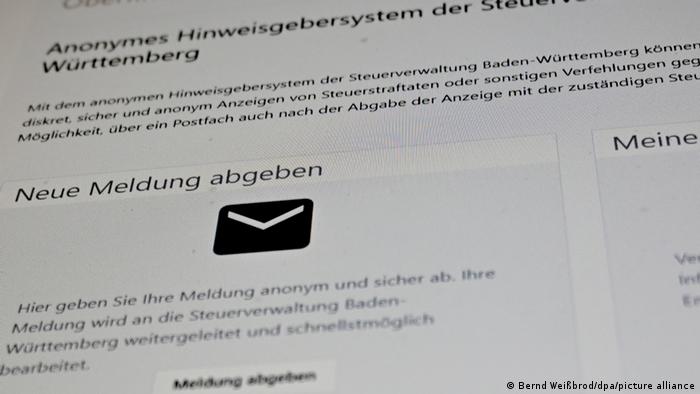 Defenders of the online platform say it's nothing sinister, just an improvement that allows questions to be asked

As well as having his initiative attacked on the political stage, the minister came in for personal abuse on social media. Some of the insults targeted at Bayaz — a member of the environmentalist Green party who took office in May — were racially charged, citing his Turkish heritage.

The state Finance Ministry in Stuttgart on Thursday said the minister would bring legal action in some of the worst instances.

It's estimated that Germany loses €50 billion ($59 billion) in tax evasion each year, and the planned portal has the full support of anti-corruption group Transparency International.

Tax evasion tip-offs could also already be submitted by email, post and phone.

Ahead of Germany’s September 26 parliamentary election, the Greens have slipped behind in polls after a strong showing earlier this year.

Recent polls have shown, however, the center-left Social Democrats edging ahead of the CDU-CSU conservative union, making a left-leaning coalition involving the Greens a strong possibility.

Outgoing Chancellor Angela Merkel made the comments as the rival SPD party takes a slim lead in highly volatile opinion polls, ahead of the September election.