Germany Struggles to Close Gender Gap | Germany | News and in-depth reporting from Berlin and beyond | DW | 08.03.2004

Germany joins the world in celebrating International Women's Day on Monday, but the country is still far from reaching gender equality: The income gap between German men and women is among the largest in Europe. 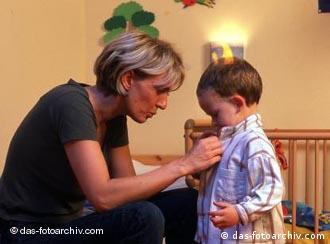 While women in the European Union earn 16 percent less than their male colleagues on average, they get 20 percent less in Germany, according to a recent EU report.

Part of the problem is that women often end up working in jobs with few possibilities for promotion, such as secretarial work, said Ulrike Liebert, a professor for European studies at Bremen University. 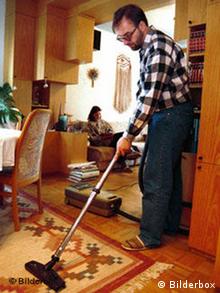 Another reason for the gender gap is the time women spend raising children: With fewer years of work experience, they end up earning less money. On top of that, a long career interruption because of children also makes it harder to return to work.

Still, many women with children end up leaving their jobs because they cannot find adequate child care. Trying to combine work and family is becoming more and more difficult for young German women, according to Liebert.

"Many in Germany still have this idea that a woman, a mother, should stay at home with the children," she said. "They're considered bad mothers if they sent their children to kindergarten before the age of three."

Germany's lack of kindergarten spaces was also criticized by trade union representatives, who called it the biggest reason for continuing gender inequality. "It's alarming when every third woman decides not to have children because she's afraid that she'll have to give up her career," said Margret Mönig-Raane, a deputy leader of service sector union Verdi. 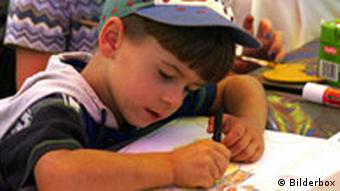 Meanwhile, government and business leaders on Monday were expected to unveil a new program to promote gender equality. It calls on businesses to give employees more flexibility with taking breaks so that they can pick up their children from school or day care. Employees with children should also get first pick to take vacations during school holidays.

Worse career opportunities aren't the only result of women staying at home with their children. They also get smaller pensions since they contribute less money to the funds during their working lives. On average, they receive about 40 percent less than men. 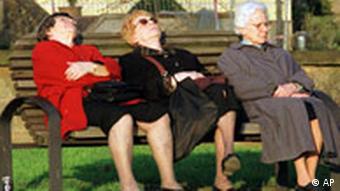 They're probably getting less pension than men their age.

While there are ways to augment pensions by signing up with private insurers, many women choose not to do so, according to Ulrike Rust, who teaches labor law at Bremen University.

"Many households in Germany are hopelessly in debt and when I tell them, 'You have to decide between setting aside money for your pension and buying your kids new boots for Christmas,' women will most often go for the boots," Rust said. "Giving people the option of augmenting their pension is something for people who have a lot of money, but doesn't really help those who are already in debt."

Politics and industry have joined hands in Germany to make companies more family and women friendly as the familiar problems of an ageing work force and falling birth rate are revisited on World Population Day on Friday. (July 10, 2003)

The European Union wants to ensure equal treatment of men and women for all goods and services, including insurance. But industry experts are up in arms, saying higher premiums are based on risk, not gender. (Nov. 7, 2003)