Germany has started withdrawing its soldiers and material from Afghanistan. The move poses a great logistical challenge and will also be expensive. 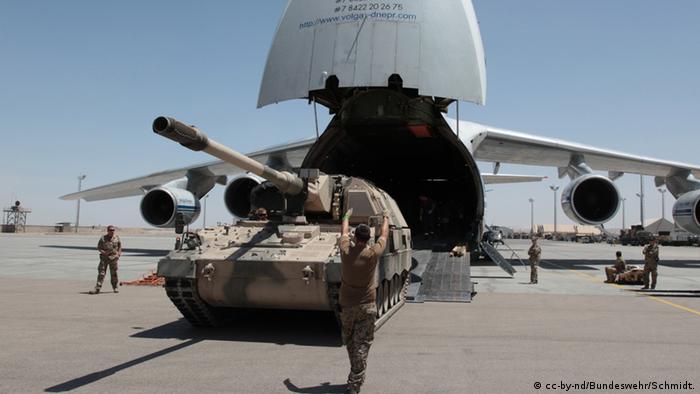 Despite the Bundeswehr's experience in overseas assigments, getting its equipment out of Afghanistan will prove to be an unprecedented logistical challenge. According to information provided by the German military, it will have to remove around 1,200 armored vehicles and 4,800 shipping containers full of weapons, ammunition, computers and other materials back to Germany by the end of 2014.

Small military camps such as the one in northeastern Faizabad, have already been dismantled in the past few months. Now German soldiers in Kunduz have also started packing up. The Bundeswehr plans to leave its northern Afghan camp before the start of the harsh winter months.

Mazar-i-Sharif will be the hub of the Bundeswehr's move. Getting the equipment out of the country will prove tricky, given that Afghanistan has no direct access to the sea. Sensitive material, such as armored howitzers, will be flown directly to Leipzig, Germany. The Bundeswehr expects to pay 150 million euros for the air transport alone. 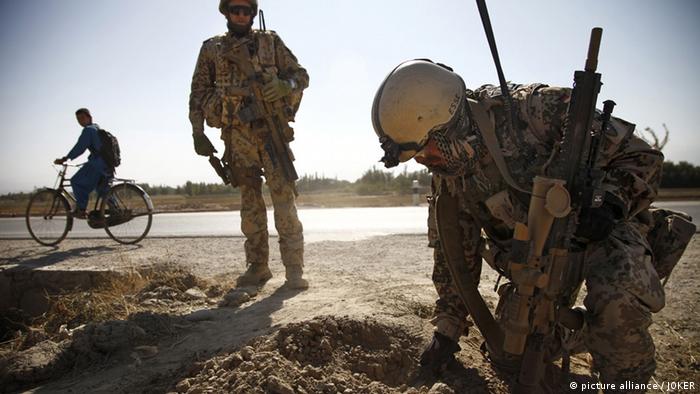 The rest of the material will be sent back to Germany via three routes: along the north by train through Uzbekistan, Kazakhstan, Russia, and through the Baltic states; along the south by land and air to Karachi, Pakistan, and from there by ship; and along the main route starting in Mazar-i-Sharif to the Turkish port Trabzon by air and then by ship through the Bosporus, Gibraltar, the English Channel and to the German city of Emden.

What must go back and what can stay

There is also material that is meant to stay in Afghanistan - either for economic or for military/political reasons. Planning the further use of the equipment is proving to be tedious. Each object is categorized on lists and then it is decided whether or not the object will go or stay.

"Things which are too expensive to transport will be sold in Kunduz province," Colonel York Freiherr von Rechenberg, Bundeswehr commander in Afghanistan, told DW. He said the material not only included weapons and vehicles, but also "materials that can be useful to civilians such as generators and furniture."

The German barracks will be transferred to the Afghan army and police. According to Colonel von Rechenberg, the barracks will be re-designed to meet the needs of the new tenants; a wall will be built to divide the premises in two.

Alone among enemies in Afghanistan

The Bundeswehr is packing up and withdrawing from Afghanistan. Threatened by Taliban and unemployment, local Afghan employees feel abandoned and fear for their safety. (16.05.2013)

After the 2009 Bundeswehr air raid in Kunduz, the victims' families are still waiting for justice. They demand higher damages be paid and that the colonel who ordered the strike be brought before a court. (19.03.2013)

Both army and police will receive separate power, water and heating supplies. The electricity will no longer come from generators, but from the country's grid - a less reliable but much cheaper option. The cost for re-designing the barracks are set to exceed one million euros.

The equipment at the modern base hospital, which was built two years ago at a cost of six million euros, will be partially dismantled. "Most of the material there will be sent back. Otherwise, if we were to give them to locals, there would have to be a two-year warranty on the material. We can't afford that," the commander explained. The machines will go back to Germany, where they will wait for use in further deployments. The air-conditioned rooms, on the other hand, will be given to the police to use for training purposes.

Colonel von Rechenberg believes Afghan security forces and administration are headed in the right direction to be able to fulfill their jobs without the help of the Bundeswehr. General Khalil Andarabi, commander of the national police in Kunduz, in turn, said that despite careful planning and preparations for the withdrawal, there is still a lack of training, high-quality weapons and air support. "That will make it difficult for us to work in Kunduz. The withdrawal is too early. Our German friends could have waited to leave the country until after the presidential elections next year, " Andarabi said.