Alone among enemies in Afghanistan

The Bundeswehr is packing up and withdrawing from Afghanistan. Threatened by Taliban and unemployment, local Afghan employees feel abandoned and fear for their safety. 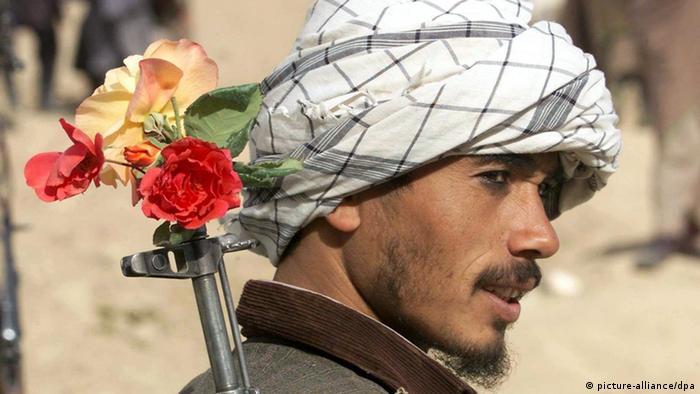 "What is going to happen to us once the Bundeswehr withdraws?” This is the question that looms uneasily in the minds of most Afghan translators engaged by the Bundeswehr in Kunduz. Around 30-40 men recently gathered in front of the German Armed Forces camp to draw attention to their plight. This is their second protest in the last two weeks. They fear for their future, even their lives, due to unemployment, on the one hand, and the wrath of Taliban insurgents on the other. The translators are considered traitors and infidels by the Taliban because they have been working for years with German troops.

Assadullah Rezwan, one of the Afghan translators, has been working for the Provincial Reconstruction Team (PRT) in Kunduz for the last 4 years. At the protest he told DW “I have been receiving threatening phone calls. A group of insurgents wanted to abduct me because of my work with the company.”

Rezwan's contract renewal has been pending for three months. The Bundeswehr has not yet extended it. His German colleagues have been withdrawing one by one over the last year, while Rezwan is left behind. He now spends a lot of time at the gym, but even there he does not feel safe. His family must also live with the constant fear that something bad might happen to them at any time.

Support from the German government 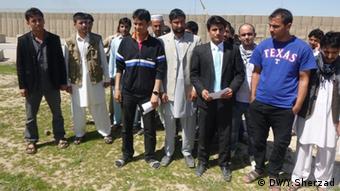 Interpreters gathered in Kunduz to demand better protection from the Taliban

Many German politicians in recent weeks have vehemently voiced their opposition to abandoning the interpreters and other helpers and have petitioned the government to have them brought back to Germany.

Interior Minister Hans-Peter Friedrich, in a radio interview, expressed his support for the petition. However, there were a few limitations, he said. “We have to make our decision based on every individual case. But, clearly, if anybody is in danger in Afghanistan because of his work with the Bundeswehr then he should be allowed to come to Germany on humanitarian grounds,” he said.

Friedrich further clarified that there were cases where the interpreters wanted new jobs in a different area. “There are some Afghan assistants who are happy as long as they are relocated in an area which poses no danger to them. We support their choice. We are definitely not going to abandon them.”

The Afghan interpreters in Kunduz, however, feel as though they have already been abandoned. Their pleas have fallen on deaf ears, they say. “We are prisoners in our own home because our safety cannot be guaranteed. The Germans should either come up with a solution for us or simply say that they don't want to help us," Rezwan told DW.

But, according to Lt. Colonel Marco Schmidl of the ISAF Regional Command North, the expectations of the local Afghans are very high, but don't necessarily reflect the realities. "We take our job as employer seriously and evaluate every case, but we are not the ones who decide. We process the applications and pass them on. There is nothing more we can do. Many Afghans think it's really easy. They think they can say today I'm threatened and tomorrow I can fly to Germany., It's not that simple," Schmidl said. 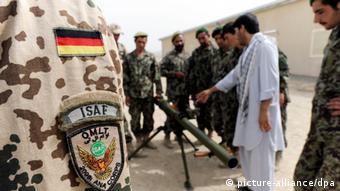 German troops will be withdrawing from Kunduz and other bases in Afghanistan in 2014.

Rezwan told DW that the last time the interpreters protested, they were promised an answer within a week. “Today, even after a week, there is no news. Most of us are getting restless.”

The German authorities seem unwilling to extend their support. The German mission in Afghanistan ends is 2014. Christian Schmidl, Parliamentary Secretary of the CDU in the Defense Ministry, therefore urges foresight.

"Not everything is bad in Afghanistan and not everything is good either. I would like to point out that there is still a high demand for support from the local people in development policy and the Armed Forces.”

The Afghan government also needs help. They fear a ‘brain drain' and are reluctant to let go of their ISAF employees, according to Afghan Foreign Ministry spokesman Janan Mosazai. “We need these trained professionals in Afghanistan. Their experience, knowledge and language skills are valuable assets, making them vital to the reconstruction of Afghanistan. We have also passed on this information to other countries where many have applied for asylum,” he told DW.

Assadullah Rezwan has trouble following that argument. The Afghan government is in no position to protect him and his family, he says. But mostly, Rezwan is deeply disappointed with the Bundeswehr. “We entered into a contract with the German army hoping that, in return, they would take care of us. Had I known that they would abandon us, I would have never started working for them in the first place,” he told Deutsche Welle.

The Bundeswehr is still deployed in Afghanistan. Faizabad was the first German camp handed over to Afghan forces last year. Kunduz is next on the list and the transfer is planned for later this year. Interior Minister Friedrich has stated that all requests would be decided before the transfer takes place. Some 30 asylum applications were already under review, the minister said.

Washington has long maligned Kabul for being weak on corruption. But the Central Intelligence Agency has reportedly been buying access to President Hamid Karzai's inner circle for a decade. (30.04.2013)