The fullback was in hot water for an online post voicing support for the "heroic army" operation in war-torn Syria. St. Pauli's fans had already expressed dissatisfaction with Sahin's past support for Erdogan's regime. 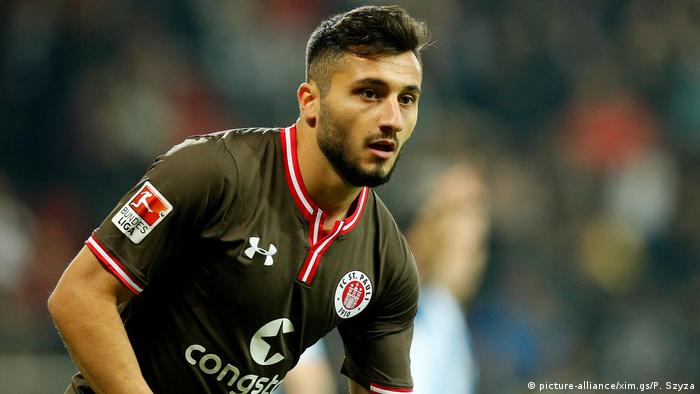 Sahin had expressed his support on Instagram for Turkey's military actions in Syria, posting an image of the Turkish flag and writing: "We are on the side of our heroic military and the army. Our prayers are with you!"

In response, St. Pauli said in a statement. "Sahin has been released from his training and playing duties with immediate effect. The prime factors in reaching the decisions were his repeated disregard for the club's values and the need to protect the player."

St. Pauli fans, who are famous for their left-leaning views, had been calling for the 25-year-old to be fired. Supporters also expressed support for the Kurdish plight.

The club confirmed it had conducted an internal review in order to reach a conclusion on the matter.

"After numerous discussions with fans, members and friends whose roots lie in Turkey, it has become clear to us that we cannot and should not attempt to gauge nuances in perceptions and attitudes from other cultural backgrounds in detail," the Hamburg-based club said. "That we reject acts of war is not open to doubt or discussion, however. These acts, and the expression of solidarity with them, run counter to the values of the club."

Turkish politics and football have been in sharp focus in recent days in the aftermath of a salute given by scorer Cenk Tosun and his Turkey teammates when celebrating the attacker's stoppage-time winner against Albania in Istanbul last Friday. UEFA confirmed they will be examining the political gesture, something that is generally frowned upon by football's governing bodies. 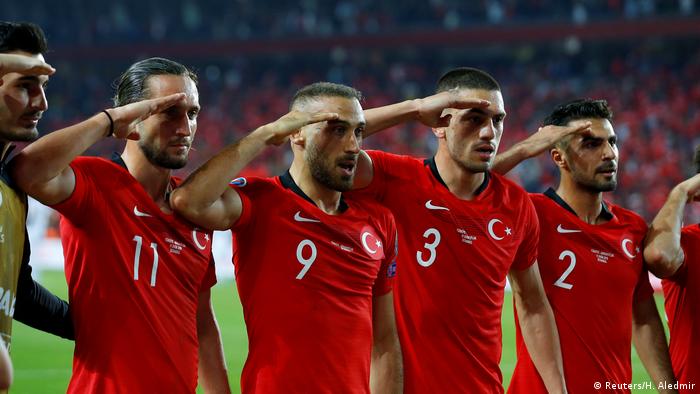 St Pauli's second most expensive purchase at €1.3 million ($1.4 million) will remain on the payroll. He will be given special dispensation to train and play elsewhere, but a permanent move will only be possible when the transfer window reopens on January 1.

Meanwhile, several leading French politicians have called for France's Euro 2020 qualifier against Turkey on Monday night in Paris to be called off.

The fallout stems from Turkish President Recep Tayyip Erdogan's incursion into Syria to drive Kurdish forces away from the border. A move that has led to widespread disapproval, not least from Germany and France, who issued an arms embargo on Sunday, while tens of thousands of Kurdish demonstrators marched through Cologne and other German cities over the weekend.