Germany sets up banking whistleblower portal | Germany | News and in-depth reporting from Berlin and beyond | DW | 04.01.2017

Germany's banking supervisor BaFin has introduced a new anonymous online portal so that bank whistleblowers can report wrongdoing. But NGOs say it is the least that Germany could do - and that it offers no protection. 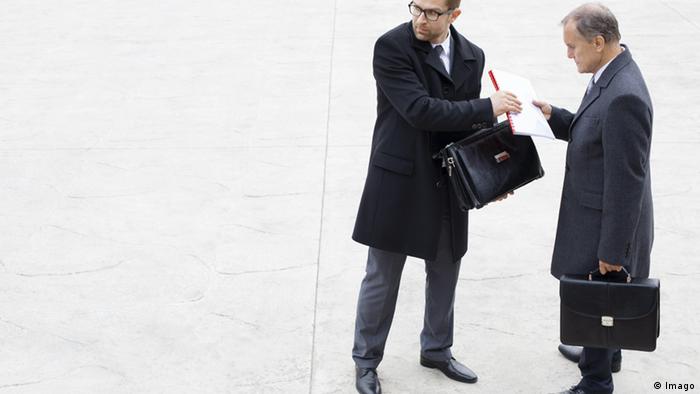 Germany's Federal Financial Supervisory Authority (BaFin) has created an online portal for bank workers who want to report money-laundering and corruption - but whistleblowing NGOs say the measure is no substitute for proper whistleblower protection.

"This system guarantees the absolute anonymity of the whistleblower, but also makes it possible for BaFin to get in contact with the whistleblower," the authority said in a statement. The new system is an expansion of the old communication channels that whistleblowers had - email, post, telephone, or in person - but unlike those, the online platform guarantees anonymity by making it impossible to trace tip-offs technologically.

"If whistleblowers tell BaFin their names and reveal their professional or personal relationship to the supervised company, BaFin is able to communicate with them beyond the initial disclosure," the supervisor says on its website. "However, there may be situations in which insiders with particular knowledge of processes in supervised companies are hesitant to provide BaFin with information out of fear of the consequences."

To ensure anonymity, the new system provides the chance to create an anonymous online postbox where BaFin can leave messages, and the authority hopes this will encourage potential whistleblowers to come forward. 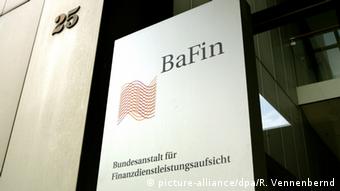 BaFin installed a new report center in the past year

A good start but no protection

The action was welcomed cautiously by whistleblower protection NGOs. "It's a first step. We welcome the fact that a German regulator has finally developed a system for employees to report crime and misconduct, and that the system actually includes the word 'whistleblowing,'" said Mark Worth of the German office of Blueprint for Free Speech, an NGO that aims to protect free speech rights. "As far as we know this is the first time the word whistleblower has appeared on a German government system."

But Worth was skeptical that the measure would break any new ground beyond the extra technological facility, since employees have always had the opportunity to report crime anonymously. "The only thing this protects is their identity," he told DW. "There's no protection from retaliation, from being fired, being harassed, or being demoted. And there's nothing in this new system about being compensated, or a guarantee that disclosures will be followed up on."

Worth, along with many whistleblower campaigners, is worried that the new system will be presented as a major new enlightened plan, and leave German lawmakers complacent about the protection that Germany provides. He was particularly concerned by BaFin's warning, on its website, that "under certain circumstances, such as a criminal prosecution, it may be necessary for other bodies, such as the relevant public prosecutor's office, to be informed of the data available at BaFin so that they can continue to take action against the reported breach." In the US, Worth said, whistleblowers would only be forced to disclose their identity in "extreme cases," and could usually be heard in camera if the case went to trial. In fact, there are legal provisions in the US for tax whistleblowers to have their confidentiality protected as much as possible.

A string of fines imposed by US oversight authorities on Germany's biggest bank, Deutsche Bank, show how important whistleblowers in the financial sector can be - but they normally only come forward in the United States, or other countries where whistleblower protections are strongest.

In May 2015, Deutsche Bank ended up paying a $55 million (52.6 million euro) fine to the US Securities and Exchange Commission to settle charges after three former employees reported that the institution had misled the investor community by inflating the value of its derivatives portfolio during the financial crisis. Similarly, in 2013, Gary DeDilectis sued Deutsche Bank in the US after he was fired for revealing that it had overcharged its customers without notifying them. 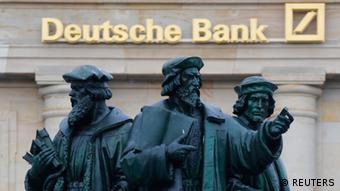 Deutsche Bank has fallen foul of US regulators more than once

In Germany, by comparison, there seems to be very little political will to take action. In 2011, the German judiciary lost a case at the European Court of Human Rights in Strasbourg over the case of Brigitte Heinisch, a care worker who lost her job after filing charges against her employer Vivantes for ignoring her warnings about the sub-standard care in the old people's home where she worked.

The last coalition contract drawn up in 2013 by Chancellor Angela Merkel's government promised to commission an inquiry into how well German law can provide protection, but that hasn't materialized, says Worth. "The only three known public cases of whistleblowing in Germany in the last 10 years - all three people were fired. If someone makes a report and their name does get leaked and they get fired, they have almost no rights under German law to be reinstated, or to be compensated if they are harassed at work."

When contacted by DW, BaFin said it did not yet have figures on how many people had used the new portal, or the centralized reporting system it had set up last July. Worth said that the first few whistleblowing cases in any new system were always very important, and that the oversight authority had to make sure that its system was watertight.

Germany's chief financial overseer has warned against "negative" perceptions in a week that saw Deutsche Bank shares waver. His warning coincided with reports of more trouble for the bank, this time in Italy. (02.10.2016)

Germany's financial watchdog has closed down the German subsidiary of a Canadian bank. The company has been accused of tax evasion and money laundering. (07.02.2016)