Lawmakers have agreed on a draft law to assimilate asylum seekers into the country's culture and economy. While the state will provide aid, migrants are expected to show eagerness to become a part of Germany. 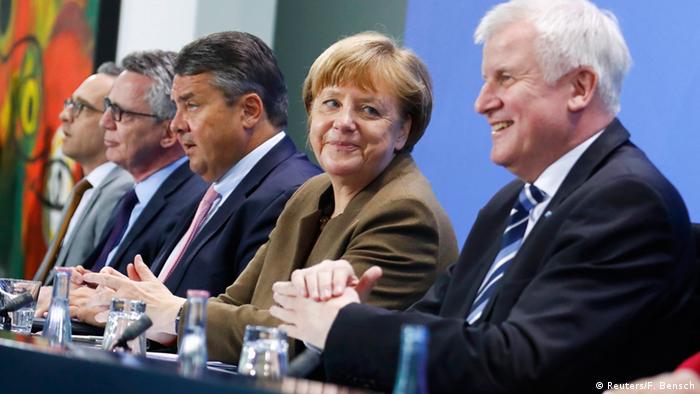 Politicians in Berlin have put forward the draft of a new law that would integrate immigrants into the country under the motto, "Fördern und Fordern," or "Promote and Demand."

"Integration is an offer, but also an obligation to make an effort," according to the draft, presented by Labor Minister Andrea Nahles and Interior Minister Thomas de Maiziere,

It means that the new law would define state assistance to migrants, but also elaborate on their duties. The regulation also detailed legal consequences for refugees who failed to make an effort to learn German, for example, and become a part of German society.

The two ministers were expected to reveal details of the draft after a cabinet meeting in Berlin on Wednesday. The Bundestag would discuss and pass the law in July this year.

According to the new law, asylum applicants would be able to apply for jobs in areas with low unemployment. Until now, refugees whose visa status was not clear were allowed to work only if there was no German or EU citizen available for the advertized position. Refugees would also be able to take up contract jobs immediately.

Immigrants whose asylum status was not clear could work under a special 80-cents-job scheme and assist in cleaning and serving meals in asylum shelters.

Refugees undergoing a three-year trainee program in Germany would automatically be permitted to stay in the country. After finishing their training, their visa would be extended for six months, so they could look for a job. Migrants finding work during this period could stay on for at least two more years. 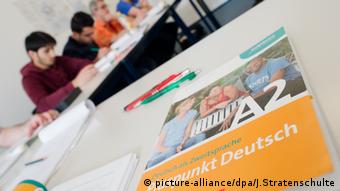 Students learn German at a language school in Hanover

The obligation to learn German

If an asylum seeker wanted a residence permit, then he or she would have to prove enough knowledge of the German language, and be earning enough money to support themselves.

A refugee with an excellent command of the German language would get a permanent visa within three years. The usual procedure requires an applicant to spend at least five years before applying for a permanent visa.

The new law would also give German states the power to tell refugees where they could live. Lawmakers said this provision would help avoid the concentration of migrants in certain areas.

However, officials could reduce assistance for refugees not wanting to participate in integration programs, such as language courses.

Refugees in Germany: 'I want to integrate, but how?'

Refugees are constantly told that they need to integrate. How are they dealing with that task? Impressions from a Berlin refugee home gathered by DW's Jaafar Abdul Karim. (18.04.2016)