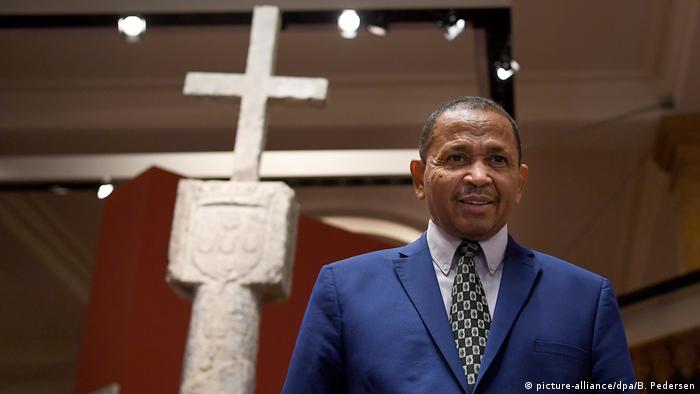 The German Historical Museum in Berlin announced Friday that it is returning to Namibia a 15th century artifact known as the Stone Cross of Cape Cross. The country has called for the object's return since June 2017.

"The rapprochement with Namibia is clearly, and visibly taking place," said Monika Grütters, Germany's State Secretary for Culture and Media. She said that dealing with its colonial legacy in Namibia had been a "blind spot" for Germany for too long.

For Grütters, the restitution planned for August, is a "clear signal that we want words to be followed by deeds."

Namibia's Ambassador to Germany, Andreas Guibeb, sees the return as a "significant progress" which however, does not end the chapter. "The origin of the column is inseparably connected with the history of Namibia," said Guibeb in Berlin. He said that this reconciliation for the colonial era would allow his country to concentrate on its future.

The restitution, sparked in part by a 2018 symposium the museum held on the history of the object, is part of Germany's desire to face up to the moral responsibility of its colonial past.

The museum says that although the object is not an African artwork, it nevertheless highlights how "descendants from Europe and Africa can engage in dialogue that does historical justice" to it.

The museum acknowledged the "outstanding significance which an artifact like this pillar has to the people of Namibia and the special contribution it can make on site in the future to understanding Namibia's history."

The artifact was originally erected by explorer Diogo Cao in 1486 on the coastline of present-day Namibia to signify Portuguese territorial claims, as well as serve as a navigational marker. 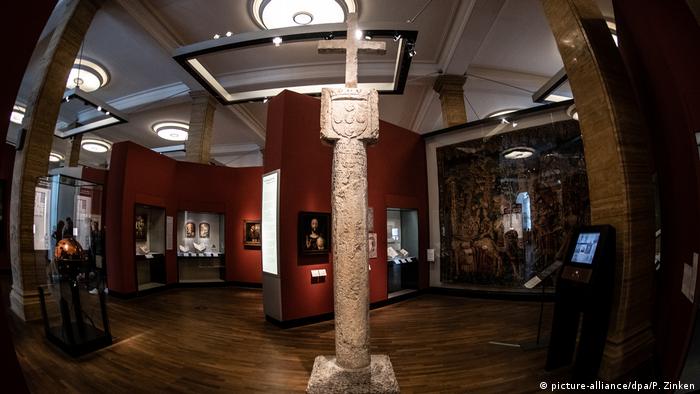 The Cape Cross was originally put up by the Portuguese

The 1.1 ton, 3.5-meter (11-foot) Stone Cross is emblazoned with the Portuguese coat of arms as well as inscriptions in Portuguese and Latin. Its presence, alongside other such crosses, was so significant that maps at the time — such as Martin Waldseemüller's world map from 1500 — featured images of them.

The artifact came into Germany's possession in 1893, when seafarer Gottlieb Becker discovered it and ordered it removed and returned with it to Germany, where it made its way from Wilhelmshaven to Berlin.

The object was presented to Kaiser Wilhelm II, who used it to serve his propaganda purposes regarding the empire's naval superiority. The kaiser also ordered a new cross, emblazoned this time with the German imperial eagle and a German inscription, to replace the original.

The object entered the collection of East Germany's Museum of German History in 1953, and then the German Historical Museum after reunification. It has been part of the museum's permanent exhibition since 2006.

Namibia, which was previously known as German South-West Africa, was a German colony from 1884 to 1915.

Germany has been slow to fully acknowledge the darkest chapters of its colonial past, but has made recent efforts in that direction. Though the German government announced a planned apology for the genocide of tens of thousands of Herero and Nama men, women, and children between 1904 and 1908, it has refused to pay reparations, pointing to the millions that it has given Namibia in development aid over the years.

Record of Namibia's colonial past

Raphael Gross, the president of the museum's foundation, said the return of the object was an "important gesture" and the "recognition of a historical injustice".

Writing in the Frankfurter Allgemeine Zeitung daily newspaper, Gross called the cross "one of the very few objects that documents the occupation of the country by the Portuguese and with that the slow beginning of colonial rule in present-day Namibia."