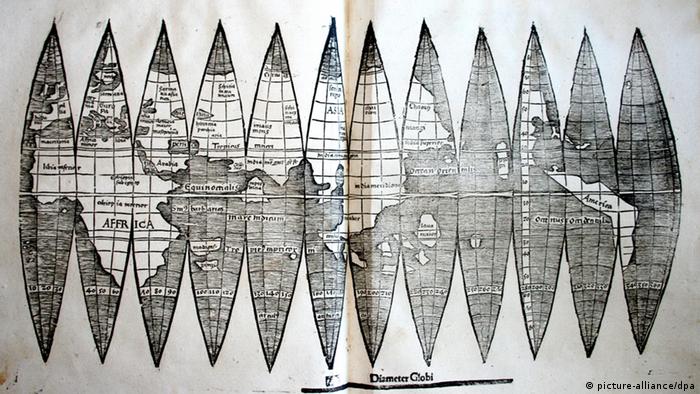 The Munich version is smaller than the 500-year-old global map found in a German monastery in 1901 and handed over by German Chancellor Angela Merkel in 2007 to the US Library of Congress. Only four smaller versions were previously known to have survived. 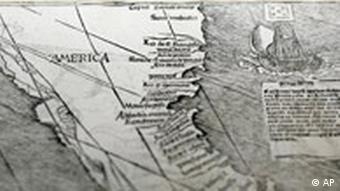 The word "America" on the larger Library of Congress map

Waldseemüller (1470 – 1522) was the first cartographer to depict America as a separate continent on a global map and to name it after the Italian seafaring explorer Amerigo Vespucci. In his journals, Vespucci had described the eastern coast of what he saw as a new continent, which we now know is South America.

The Florentine navigator Vespucci was a younger contemporary of Christopher Columbus, the Italian in Spanish service who reached Central America in 1492 believing it was part of Asia while searching for a western trade route.

"We've made a sensational find," said Klaus-Rainer Brintzinger, the director of Munich's Ludwig-Maximilian University's library, referring to the latest Waldseemüller map to re-emerge.

The head of the university library's section for ancient books, Sven Kuttner said "there hasn't been a find of this dimension since World War II." 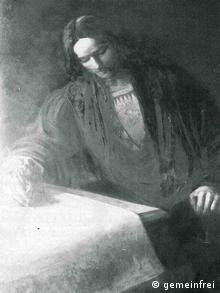 Several days ago, two women involved in catalogue correction at the library opened a bound 19th century folio containing two printed geometry works. Sandwiched between them was the smaller A4-sized Waldseemüller map, the university said in a statement.

The folio had been bound together by Viennese librarians in 1871, and they apparently did not recognize the map's significance.

"So the bound folio sank into a long hibernation," said Kuttner.

When the Munich university library was burnt during World War II, the folio, including the map, had already been removed to safety in an air-tight box with the number 340. It ended up in the eastern Bavarian city of Landshut. In 1955 the box was returned to Munich where it sat unnoticed in a university archive.

Kuttner said the Munich find differs slightly from the other known versions of Waldseemüller's maps. For example, the 1498 landing site of the Portuguese Vasco de Gama at Calicut in southern India is drawn of the map's fourth segment, not on the fifth segment as on other versions.

"It can be regarded as a unicum," said Kuttner.