Christians and Muslims have attended an remembrance service at a mosque in northern Germany for a grandmother and her two granddaughters who were killed in a firebombing by far-right extremists 20 years ago. 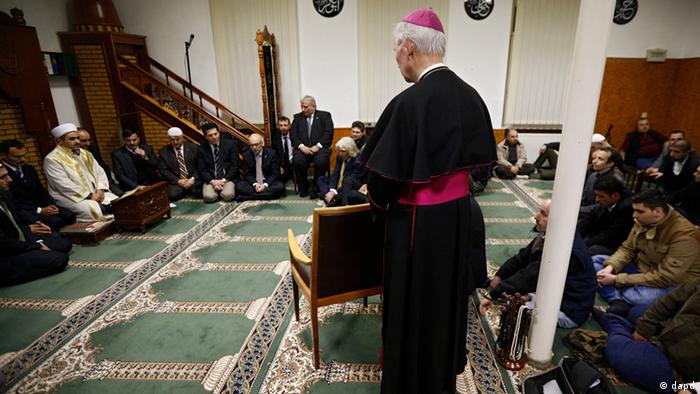 The 1992 arson attack in Mölln, a town in Schleswig-Holstein state, on two houses inhabited mainly by families of Turkish origin, was one in a series of racist attacks by far-right extremists that shocked Germany shortly after its reunification. Nine other occupants were injured.

The two assailants, then aged 25 and 19, were jailed one year later for murder and attempted murder. After serving terms of 14 years and seven-and-a-half years respectively, they were set free.

Ahead of the remembrance, the Central Council of Muslims in Germany said the far-right still posed a danger in Germany. Underestimating it had contributed to ten murders by an underground neo-Nazi cell, known by the acronym NSU, between 2000 and 2007, the council added.

The refugee advocacy organization Pro Asylum called on German politicians not to misuse discussion on migrants ahead of the 2013 federal election next fall.

Government anti-racist campaigns did not help unless individual citizens were ready to assist and to speak up, he said. 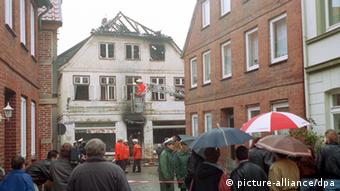 The house where arsonists murdered three occupants in 1992

The speaker of Schleswig-Holstein's parliamentary assembly Klaus Schlie of the conservative Christian Democratic (CDU) party said remarks reflecting "everyday racism" could still be heard in Germany and must be decisively challenged.

Also invited to Friday's remembrance were the Turkish ambassador to Germany, Huseyin Avni Karslioglu and the Franco-German journalist Beate Klarsfeld, who with her husband tracked down aging former Nazis in post-war years.

A Turkish communal group in Schleswig-Holstein called on the Mölln's town council to rename streets in memory of the 1992 firebombing victims.

It was regrettable, the group said, that even after 20 years Mölln had not responded to such requests from among its 18,000 residents.

A German ex-politician has apologized for a botched inquiry following a 2004 terrorist attack in Cologne. The investigative committee said the mistake led police away from discovering a right-wing terror organization. (22.11.2012)