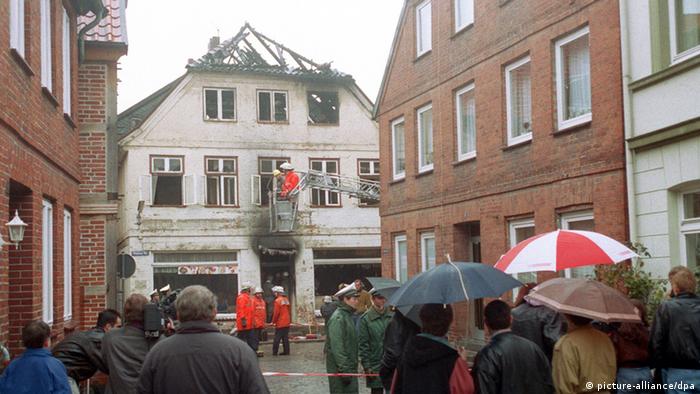 After a while, even the anniversary of a murder can seem routine. Or at least that's the impression the mayor of Mölln, a city of 18,000 in Germany's northernmost state of Schleswig-Holstein, appears to give. "You're the third or fourth interviewer I've had today," Jan Wiegels said, somewhat annoyed. "Every year a press caravan descends on our city and stirs up a bunch of old dust." 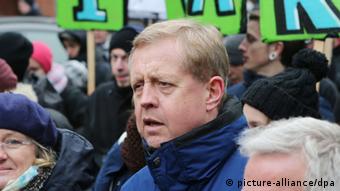 "Stirring up dust:" In Mölln's case the "dust" was an event which, at least in German memories, is linked indelibly to the city's name. Twenty years ago, a racially motivated firebomb took the lives of three people.

It happened on the night of November 23, 1992. A 19-year-old neo-Nazi named Lars C. and his 25-year-old counterpart, Michael P. (German surnames are protected in criminal law cases) attacked two houses occupied by Turkish families with Molotov cocktails. In the first building nine people were seriously injured. In the second, two young girls, Yeliz Arslan (10) and Ayse Yilmaz (14) perished in the flames, along with their grandmother, Bahide Arslan (51).

An attack that shook a republic

The attack in Mölln was not just an isolated, local event. It shocked people throughout Germany. In reaction to the right-wing violence, thousands of Germans took to the streets, distancing themselves openly from racism and prejudice.

At the same time, an ongoing debate sharpened. The issue was asylum. Before the attacks, even reputable politicians had been making "irresponsible statements" against foreigners and asylum seekers, says lawyer Hans-Christian Ströbele, a veteran member of the German parliament for the Green Party. Their political goal was to amend the "fundamental right" to asylum, thereby lowering the number of asylum seekers in Germany.

It was against this backdrop that the two buildings went up in flames. The attack was the first lethal anti-immigrant act of violence to take place in Germany since the country reunified in 1989. Six months later, attacks followed in Solingen, a small city in North Rhine-Westphalia, where five people of Turkish background were killed by neo-Nazi arsonists.

Politicians, Ströbele believes, were partly responsible for what happened in Mölln.

As the Solingen attacks occurred, the Mölln suspects were standing trial. After 47 days of deliberation the court delivered its verdict. Due to his status as a juvenile, Lars C. was sentenced to ten years' imprisonment. Michael P. received a life sentence. 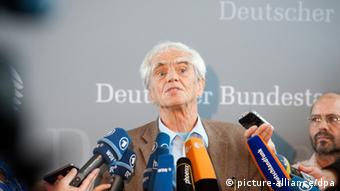 Ströbele has long been fighting the far right

Ströbele took part in the trial, representing the Arslan family. Today he laments that at that time the judicial precedents for prosecuting right-wing violence were not well developed: "A few years after the arson attacks the German security services came to the conclusion that right-wing 'terror' didn't exist in Germany. Today I'd say they didn't want it to exist. It was present at the time, it just wasn't recognized." The same charges are being brought today over the state's investigations into the NSU terror cell.

Looking back, shouldn't it have been clear that, in the 1990s, right-wing terror was possible in Germany? Shouldn't authorities have been keeping an eye back then on individuals in the right-wing scene whose names popped up later in investigations of the NSU?

On this point Ströbele believes the state failed in its duty. 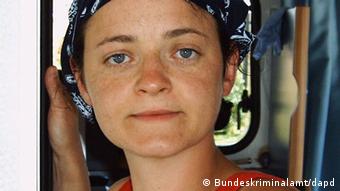 Beate Zschäpe has now been charged with the NSU murders

Today, the city of Mölln and its mayor Jan Wiegels are still dealing with the fallout of the fire. Street workers approach the city's youth and talk to them about the dangers of right-wing violence. Schools address the arson attacks head-on through projects. An association of citizens called "Living Together" works with the mosque to organize intercultural events. "We see our task as not only looking back at what happened in the past, but also looking forward, to the future," mayor Wiegels said. All the same, the 20th anniversary of the attacks will be marked by a memorial gathering.

In spite of the 1992 atrocities and the efforts at understanding, though, the right-wing movement hasn't disappeared entirely. In 2008 a representative of the far-right National Democratic Party of Germany was voted into the local parliament. And ahead of the anniversary, vandals painted right-wing slogans across the facades of many houses in the city.