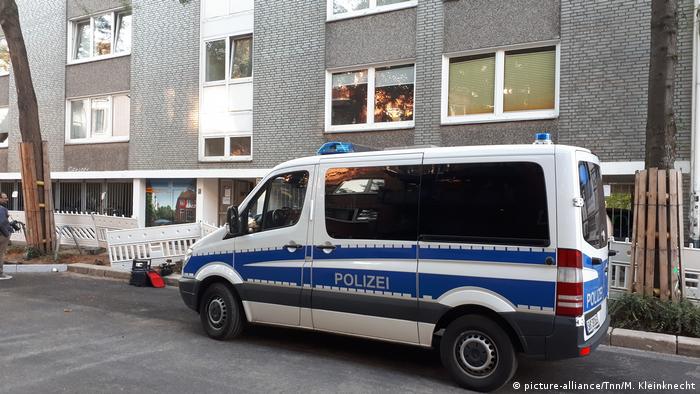 A senior prosecutor for the state of Schleswig-Holstein, Ulrike Stahlmann-Liebelt, said the raids were to investigate the suspected formation of an organized crime syndicate.

"We are also examining whether suspects were financing terrorism," she said in Flensburg.

Special police units raided 16 properties in Hamburg and in the states of Mecklenburg-Western Pomerania and Schleswig-Holstein on Wednesday. Authorities were investigating 11 people accused of financing terrorist operations.

Two men,  aged 34 and 37, were arrested. Authorities refused to confirm the exact locations of the raids.

The 10 men and one woman were investigated for illegal transfer of money between December 2018 and July 2019. The accused group comes predominantly from Syria.

The origin of the money which they allegedly sent to Syria has not yet been revealed.

A German IS fighter is facing charges of murder and torture at a German high court. This is the second time that he has faced terrorism-related charges. (04.09.2019)