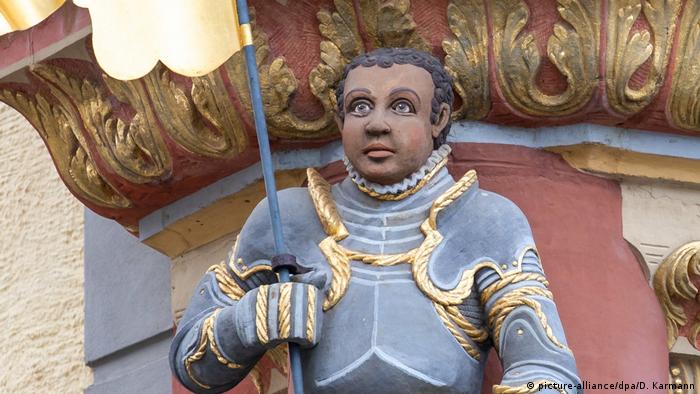 It is a sunny day and Coburg's central market square is a study in harmony and order. The long sides of the square boast the prettily restored facades of townhouses. One of the shorter ends features the town hall with its stately facade. To round off the scene, the tranquil sound of fountains splashing can be heard from around the paved square.

A beautiful summer's day indeed. But something is amiss. Bitter controversy over Coburg's coat of arms has divided opinion in the quaint town.

Critics are arguing that the crest includes a racist depiction: Saint Maurice, also known as the "Coburg Moor," is a Black man with attributes clearly viewed by the creator as stereotypical for the people of Black Africa: thick lips, a slight underbite, and frizzy hair, as well as a large creole earring. The image can be seen throughout the town, featured on facades, signs and — every couple of meters — on the top of manhole covers. 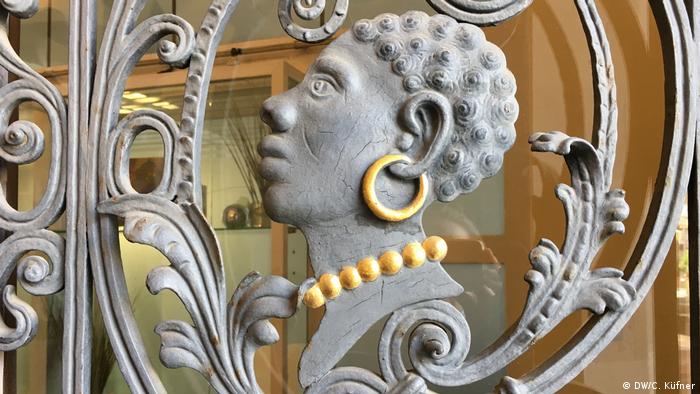 It is a discriminatory illustration and a throwback to the colonial era, say Juliane Reuther and Alisha Archie. Both live in Berlin but are originally from the Upper Franconia region of Bavaria where Coburg is located. The two women started an online petition calling for the coat of arms to be redesigned. The image obscures the fact that all Black people are different and instead implies "something exotic, some sort of wildness," says Alisha Archie. "It's a racist image and it has no place in today's world."

But that assessment leaves many in Coburg shaking their heads in disbelief. One local woman asked if Reuther and Archie just have a little bit too much time on their hands up in Berlin. Another resident said the "Moor" is part of what Coburg is all about, and that that is the way that it should stay. Down at the mayor's office, the tone is similarly undiplomatic, with the whole debate dismissed as "pointless." After all: how can anybody speak of Coburg as racist given that the patron saint of the town — a figure of veneration — is Black. 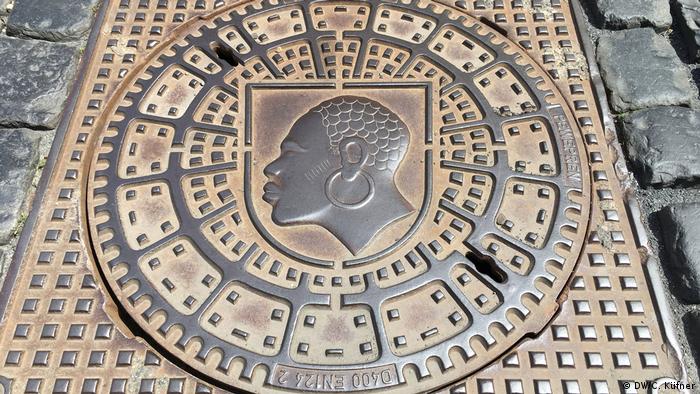 Honor and reverence are the also terms used by cultural scientist Hubertus Habel. He wrote his doctorate on urban symbols and cultural history in Coburg. He had also dug deeply into the background of the "Moor" and is convinced that the figure symbolizes Saint Maurice, a Black African Christian legionary who was executed for his commitment to his faith. This is why Habel believes that the "Moor" in Coburg's crest is "absolutely inoffensive because of the esteem and high regard that it expresses for the saint." 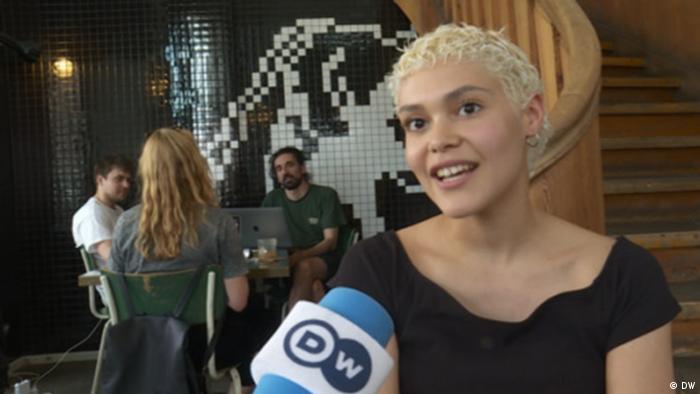 Alisha Archie responds by asking how can people talk of honor, "when a racist image is used to represent the figure." What we do know is that with the passing of time the image of Maurice changed substantially. Perhaps the saint — who apparently came from Egypt — was not even Black and it was only in the Middle Ages that the image of a dark-skinned Maurice became more prevalent in Europe.

He first appeared in Coburg's coat of arms at the end of the 16th century. However, today's version dates back no further than the 1950s.

History and cliches; a sense of tradition and racist tropes. The debate on the rights and wrongs of the "Moor" has triggered a huge controversy. And Coburg is not the only place in Germany to be wrestling with such differences.

Of course, not every dispute focuses on a venerated saint. Nevertheless, the question in each instance remains the same: How do we make the difficult distinction between the history of a town or a city with its deep organic traditions and the dangerous undercurrents of racism? Sometimes, it might not be possible to distinguish between the two. All of which is further complicated by the fact that historians are divided on the origins and connotations of the word "Moor." Is it purely descriptive? Or can it also be employed derogatively? 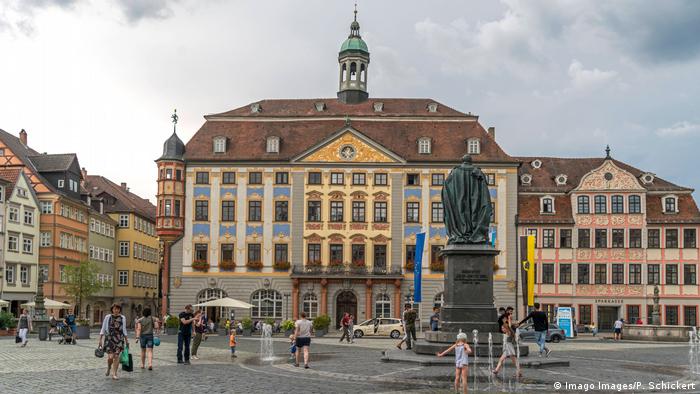 Coburg is a quaint little town in northern Bavaria

Hubertus Habel argues that in the Middle Ages the notion of the "Moor" was probably used in Coburg as "value-free or a term of positive estimation." But Susan Arndt, a specialist in literary studies and cultural science from the University of Bayreuth, disagrees: "From the very beginning, the term was used dismissively. That is from a white Christian perspective with discriminatory intent." The term, she adds, was never used in a neutral fashion.

Arndt, who is also a researcher in the field of racism, says that the debate over the use of the term "Moor" reminds her of a similar debate a few years ago surrounding the n-word in Germany. "I see parallels and patterns repeating themselves." In the earlier debate, she explains, people had also argued that critics of the discriminatory usage were missing the point and that the word in question was not meant to be so demeaning. Arndt concludes that it is a discourse where "no real debate about racism is possible."

Back at Coburg town hall, there is indeed very little appetite for a challenging discussion. Requests for interviews on the troubled topic of the "Moor" are politely turned down. The feeling is that what there is to say has been said; DW's interview was also rebuffed. Residents of the town have in the meantime started a second Internet petition with the title: "Coburg's Moor is here to stay. Save the patron saint in our coat of arms." And the appeal already has more supporters than the earlier petition calling for change.

The fact is, says Tahir Della from the Initiative Black People in Germany, is that society really does need a proper debate. Places where, for instance, Saint Maurice is of such central importance ought to be able to use his name. But he adds: words like "Moor" are simply redundant these days, regardless of the background nuances. For Blacks there is no debate: It is discriminatory.

"It's like calling somebody an idiot and when he complains that it's completely unacceptable, you just go on trying to explain why it's ok. That's precisely what is currently happening."

Up in arms over Coburg's coat of arms